For Zion's Sake Ministries / FZS Ministry Updates / “He who is without sin among you, let him throw the first stone…” 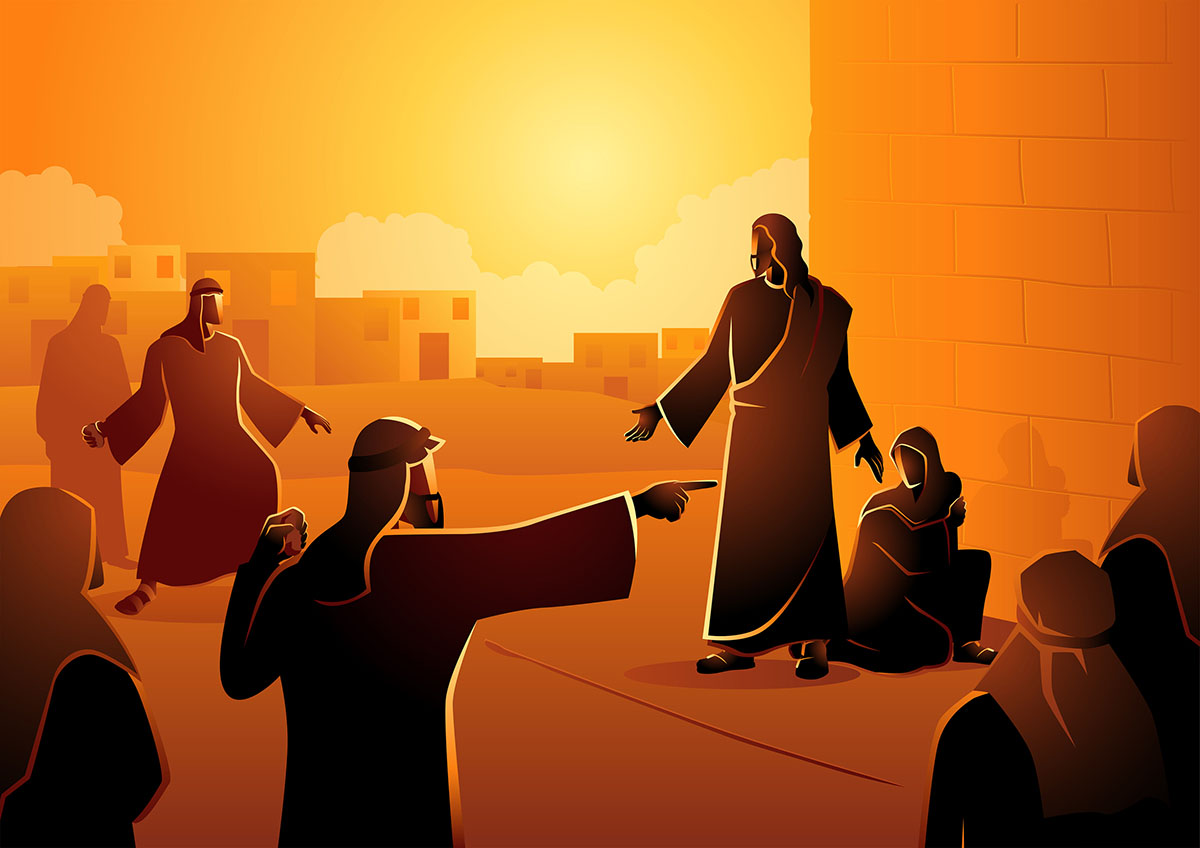 “He who is without sin among you, let him throw the first stone…”

Truly, these are the days of prophesied compromise in which the bible has clearly warned us of concerning the condition of the Church and many believers before Yeshua returns, that in the last days even the elect would be deceived and because of lawlessness, the love of many would wax cold (Mt. 24:12, 24). Certainly, this is a sobering alarm to those who sincerely desire to remain faithful to the Lord and His Word until He comes. So naturally we as believers must remain on guard just as a watchman of a city watching for marauders or a shepherd guarding over his sheep against attacking wolves. After all, there must be those who remain as a vanguard of truth and carry the responsibility of protecting the integrity of the true church against every blowing wind of doctrine.

It is however of utmost importance that we safeguard against the sin of hypocrisy and behave like the Pharisees did in Yeshua’s day. Just as these self-appointed, spiritual policemen patrolled the streets of Jerusalem looking for anyone who may have violated the Law (Torah) according to their own interpretation, we likewise can also become obsessed trying to expose the sins of the wayward and deceiver. Blinded by thier own pride, the Pharisees could never imagine that they would be guilty of the very errors they sought to uncover. Their self-righteousness became so evil, that Yeshua warned that they are even going to kill for religious convictions while believing that they are serving God.

Is it possible to be wrong in our attitudes and behavior even when we are right in our discernment and judgment?

Then the scribes and Pharisees brought to Him a woman caught in adultery. And when they had set her in the midst, 4 they said to Him, “Teacher, this woman was caught in adultery, in the very act. 5 Now Moses, in the law, commanded us that such should be stoned. But what do You say?” 6 This they said, testing Him, that they might have something of which to accuse Him. But Jesus stooped down and wrote on the ground with His finger, as though He did not hear. (John 8:3-6)

Perhaps the real reason we focus so much attention on the speck in our brother’s eye, is because we ourselves are hiding a forest of sin in our own hearts, and this of course is spiritual hypocrisy! I remember as a young believer watching a famous television Evangelist who rose to fame and celebrity status preaching to millions via satellite all over the world. His messages were emotionally charged as he tearfully rebuked the perversions of lost sinners and compromising saints… until he was caught on film engaging in the very sin he so adamantly spoke out against.

I remember thinking afterwards, “could it be that the ones who cry the loudest warning against sin and deception may be the ones who are the most trapped by it?”

So when they continued asking Him, He raised Himself up and said to them, “He who is without sin among you, let him throw a stone at her first.” 8 And again He stooped down and wrote on the ground. 9 Then those who heard it, being convicted by their conscience, went out one by one, beginning with the oldest even to the last. And Jesus was left alone, and the woman standing in the midst. (John 8:7-9)

Notice in the text below that Yeshua himself was not the one to judge the woman caught in adultery, though if anyone on earth had the right to do so He could have. Instead, He sought to love and restore her no matter what, even when the others wanted her judged to death…

When Jesus had raised Himself up and saw no one but the woman, He said to her, “Woman, where are those accusers of yours? Has no one condemned you?” 11 She said, “No one, Lord.” And Jesus said to her, “Neither do I condemn you; go and sin no more.”

On the other hand, there must remain the responsibility of sounding the warning of reason that challenges the new style of celebrity Christianity and pastors who seek to create a rock star persona along with groupie crowds that feed their egos. Unfortunately, many of these high profile personalities have successfully influenced traditional Christianity, espousing that “success” in ministry is measured by popularity and financial gain… And Christians around the world are following these gurus in masses without discernment.

Many in ministry today study the success strategies of secular franchises in order to fast track into becoming the prized mega-Church. Pastors are compromising themselves in order to become “relevant,” by changing wholesome godly attire for the bad boy-gangsta appearance of intimidation. Wearing black clothing and eyeliner makeup is now accepted in order to make a statement of being “in”. Tattoos, piercings and body mutilation are everywhere in the Church and no one bats an eye anymore.

In Churches across America, the sheep are being starved by abstract milky sermons from pastors who now sit reclining on barstools or plush couches from where their pulpits once stood. Teaching the bible has been replaced by (Dr. Phil like) “talks” including discussion panels of endless psychobabble, just so everyone can relate and feel good together. Instead of studding the Word and visiting the sick and imprisoned, pastors now spend hours a day promoting themselves on Facebook, Twitter, YouTube, Instagram, and tell-all blog sites. Checking emails have become an addiction for many who feel incomplete without a hand-held or tablet on them, yet carrying a bible is now passé. Why is it that some ministers feel the need to “tweet” minute details of their personal lives, even such nonsensical events like what kind of coffee they just ordered at Starbucks; as if anyone really cares?

And all of this worldly behavior is now accepted as the norm, because that’s how to reach the “selfie” generation for Jesus we are sold… How sad! 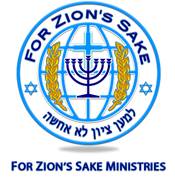 Our FZS Humanitarian Outreach continues through our Jerusalem warehouse and we wanted to share a few stories of some of the new immigrants we are blessed to help.

Olga N. immigrated to Israel in October, 2012 with Sergei her husband and their 6 children 4 of which were adopted. When Olga was 26 and having two children of her own, she made a bold decision with her husband to search Ukrainian orphanages to find Jewish children for adoption. They soon found two sisters, Tanya and Luda whose own mother gave the girls up when they were very young because they were severely mentally challenged. Although Olga and Sergei are not Jewish, as believers they understood that God loves Israel and the Jewish people and they felt led to bless the least of these by helping abandoned Jewish children…

Olga, Tanya and Luda receiving aid and love at our FZS warehouse

The girls were adopted when Tanya was 8 and Luda 9 years old. (Luda is now 23 and Tanya 22). Both girls are still severely disabled and live at home. In addition to these girls they have adopted another girl who is now 27 and a boy 26 now serving in the Israel Defense Forces. Unfortunately, only the 4 adopted children have received their citizenship as the parents are still waiting. This causes great financial difficulties because there is no support from the State and they cannot yet work legally. However, the peace of God reigns in their hearts and they believe the Lord will help them! FZS was able to bless them with finances, clothes and food coupons on a monthly basis.

Ludmila Karashova is a 73-year old Holocaust Survivor from Vilnius, Lithuania who was born in November 1941 during WWII under the nose of the 3rd Reich.

She said that before the war, her father was a famous tailor who worked for a Drama Theater and sewed costumes for many performances, and her mother was an accountant. During the war, the family was able to hide for 3 years in the basement of a country house in a small village from the Nazis. In Ludmila’s first 3 years of life, she only saw the inside of that basement.

Neighbors eventually found out about the hiding family and reported them to German authorities. Her parents were arrested and taken to the Gestapo. They were all placed in a ghetto and somehow were miraculously smuggled out to freedom by a friend who worked as a doctor in the ghetto. He was able to include the family on a death list so they were able to escape at night being thought for dead. Ludmila immigrated to Israel with her family in 2008. She now lives with her husband, Valentin, in a small, rented 2-room apartment in Jerusalem.

Meanwhile, a new report in Israel claims a Holocaust Survivor dies every 45 minutes. More than a thousand Holocaust survivors pass away every month, and the average age of those who live among us, some of them in extreme poverty, is 85 years of age, according to figures published Monday by the Foundation for the Benefit of Holocaust Victims in Israel.

This is why FZS is ready to help those Holocaust Survivors who are in need!

We also wanted to bring a brief update about Stas who recently fell several stories while working in construction and became paralyzed. Stas is now at home trying to recover and adjust to his new reality. Recently, we celebrated Stas’s 40th birthday together and along with baking the cake, FZS was able to provide him with a new laptop computer to help him study online courses. Please continue to pray for Stas’s healing as well as Leor and Olga for strength and courage!

Visiting Stas and family to celebrate his 40th birthday

I praise and thank the Lord for you, and all the people He’s been using to help our fellowmen in Northern Cebu. We’ve purchased the construction materials amounting to almost PhP 300,000 ($6,700) and they were promptly delivered the next day. On our last trip prior, we learned that aid has scarcely reached the typhoon victims in the hilly barangays so after buying the building supplies, we bought canned goods and noodles with the extra money. We put them together with the manna pack rice donation, making about 500 food packs. They were distributed in 3 areas on our next trip to the north. It’s so neat to have the privilege of reaching them with the gospel.

FZS food distribution in the North of Cebu

Finally, the 40 ft. container full of medical supplies, tents and building material, is now on the way to Cebu. Our hearts are still in full support for those suffering in the aftermath of Typhoon Yolanda and our relief efforts will continue together with Calvary Chapel Cebu as they coordinate all of the buying of the food and building supplies and the delivery of the goods.

We hope to plan another FZS Outreach to Cebu in time to meet the container in late April-May, 2014. Are you interested to join us?

Thank you for your faithful support to FZS Ministries as we reach out with the love if Yeshua in Jerusalem, Judea and Samaria and the uttermost parts of the Earth!