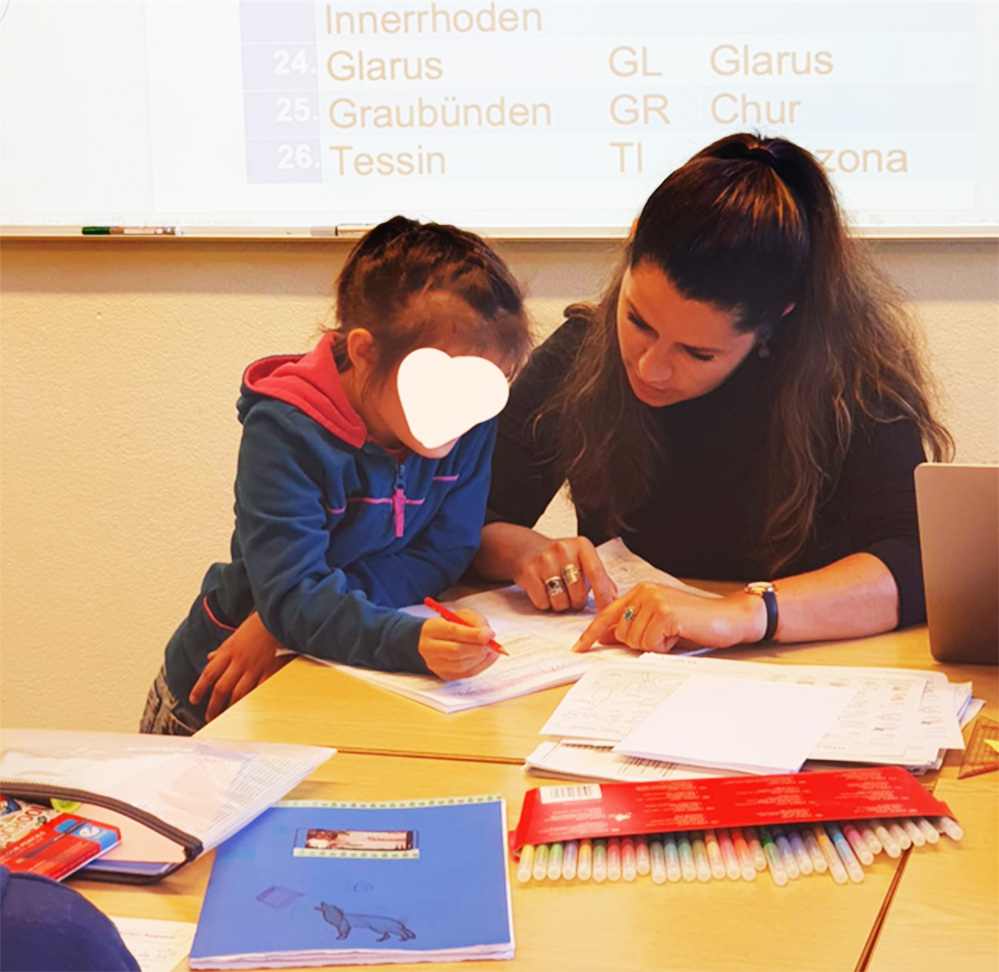 “Religion that is pure and undefiled before God, the Father, is this: to visit orphans and widows in their affliction, and to keep oneself unstained from the world.” (James 1:27)

Update from our daughter, Yael

Last month, I was asked to teach a group of Ukrainian Refugee Orphans both because of my teaching credentials and the fact that I am also fluent in Russian. Switzerland dutifully opened their arms and hearts for 50 Ukrainian children and their supervisors who were evacuated from eastern Ukraine in April. 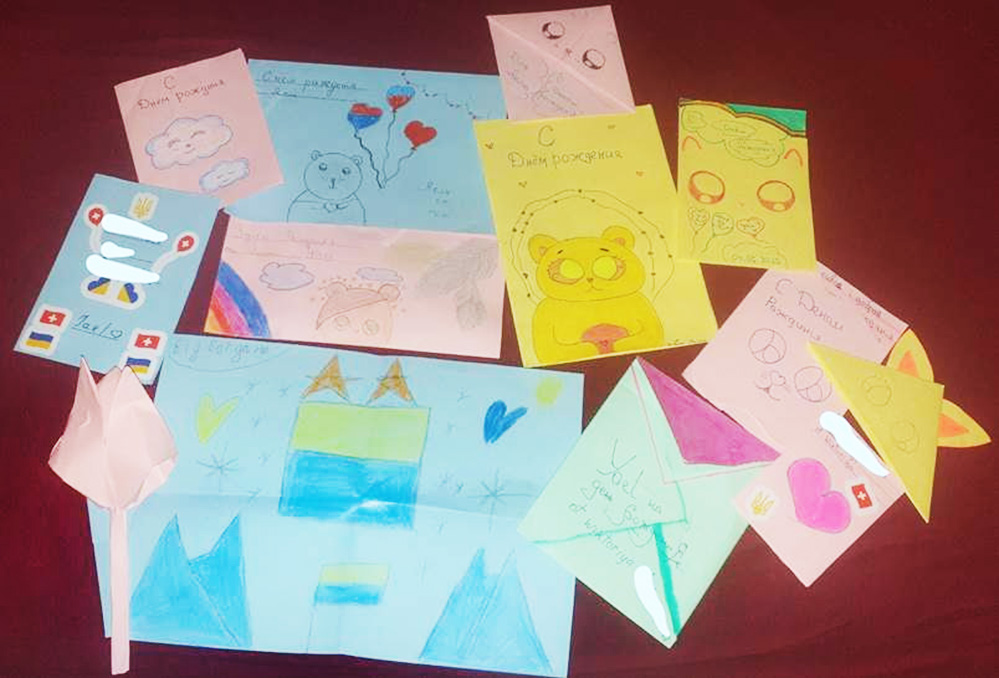 Their heroic escape was an exhausting 3-day journey under constant bombing and tank maneuvering, as they carefully headed westward first to the Polish border and then on into Switzerland by bus

During the week, I am specifically responsible for 43 children between the ages of 6 and 16. It’s a true privilege and blessing to be able to work with these precious little souls! They need so much love, care, attention and positive affirmations as many of them are orphans, while others come from broken homes, difficult life circumstances and were deprived of parental care.

It has only been a couple of weeks and it seems the children are enjoying their new environment. The sweet notes and gifts I have been receiving from some of the children has brightened my day on numerous occasions and even more so, feels like a smile from above.

Having lived so close to the Russian border, their education has been predominantly in Russian and not Ukrainian, which makes for easy communication and interaction. 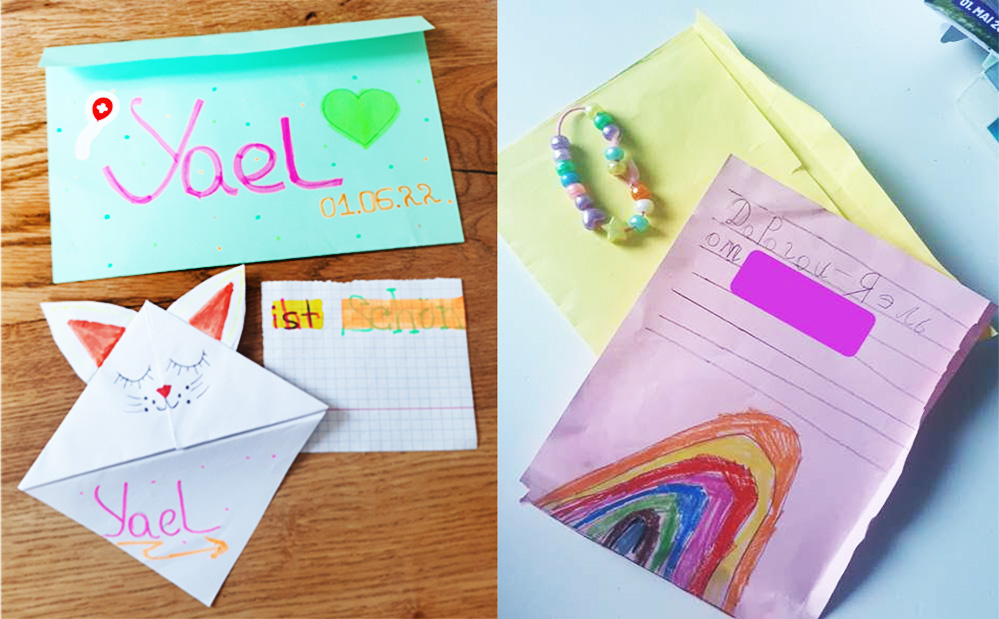 During recent field trips, multiple children asked to hold my hand and trade off “in 5 minutes”. Both of my hands were already taken, yet I offered one of the younger girls, *Katya to come next to me, in-between me holding another boy’s hand, *Alexey. Katya was beaming at the chance and clung to me the whole way… I’ve noticed the children’s desperate need for personal attention and affection.

Proceeding to our next destination, little Katya said: “I’m going to have nightmares of our mother who died.” As we were leaving the town, walking to the bus stop and discussing our observations, Alexey said: “I wish we could do this every day, but I know we need to study too.” Several minutes later he said: “My mother is looking down at all of us from above. … She died.” I replied: “You’re right.” My heart sank.

Finally, last week, *Marina, one of the supervisors received word that her mother had been killed in an airstrike in her hometown while she was walking outside her apartment building. Marina could not make it to the funeral and is very much affected by the recent tragedy in her family. Please keep her and her sons in your prayers that she might find comfort in the Lord! Her sons are in the group of older pupils I teach.

We are also busy assisting many Ukrainian Refugees at our FZS Distribution Center in Jerusalem. We decided to share several personal stories of their experiences first-hand of how they escaped and the ordeal of coming to Israel. As of June 15th, 32,958 Ukrainians have entered the country, of which 5,888 are new immigrants, and another 4,730 are in the process of Aliyah, bringing the grand total of Ukrainian immigrants to 10,618.

In addition, another 22,340 Ukrainians who are not eligible for immigration, meaning they are not Jewish or don’t have at least one Jewish grandparent, have come to the country. Nearly 8,000 Ukrainian nationals have left. 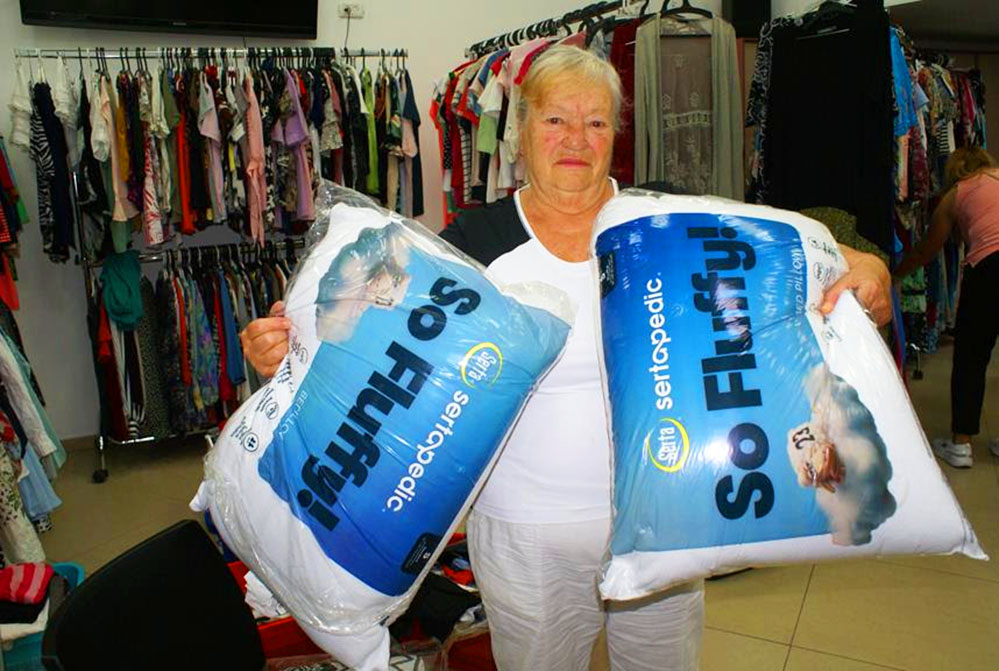 Valentina S. (82), immigrated from Kharkov with her 85-year-old husband. With horror and tears in her eyes she recalls the day she left Kharkov. Sirens howled and she and her husband quickly went down to the basement of their apartment building. Just as the basement door closed there was a terrible explosion. The bomb fell on the playground outside their house.

After that, her daughter came to her and gave her 20 minutes to get ready to leave Kharkov with the people the local synagogue had evacuated. “We took only our documents and a small suitcase for evacuation (we had been warned in advance by the government of Ukraine) and made our way to the synagogue. I didn’t even take the laundry out of the washing machine.” She recalls the war starting during her childhood.

Valentina was the third in the family and her father was a tank tester at the Kharkov Tank Factory. “And now these tanks came to kill us. … I never thought such a thing could happen again! My husband never wanted to immigrate; he didn’t even have a passport.” But the war forced Valentina and her husband to leave their hometown, and she considers that the worst thing to have happened in her life. She still shudders at the memory of that horrible ordeal. 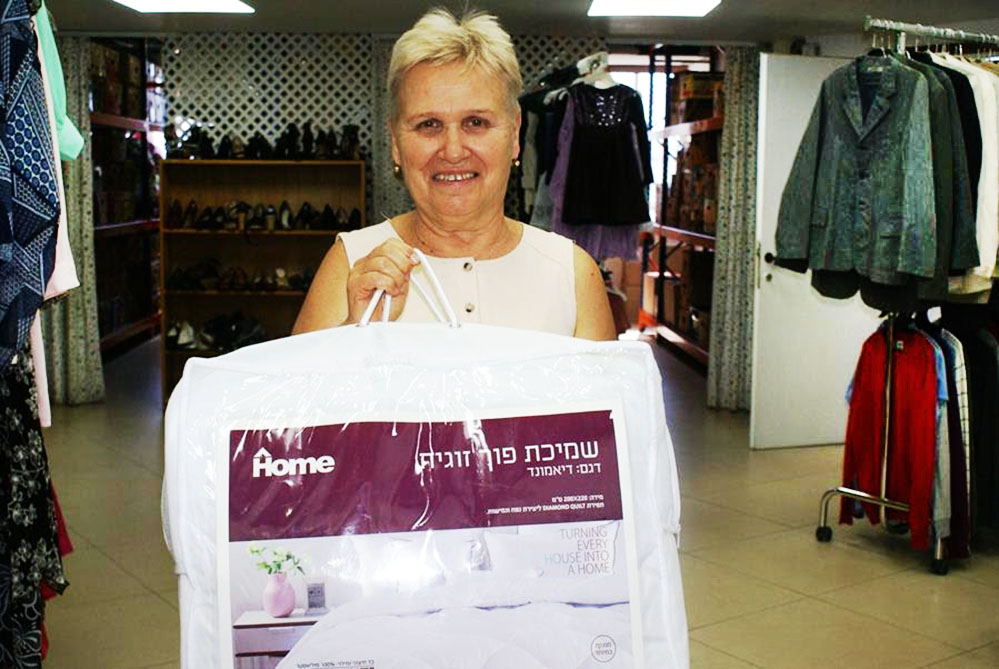 On March 14th, I immigrated to Israel with my parents Valentina and Ilya S. We left Kharkov on March 3rd by a bus organized by the local synagogue and drove towards Moldova, under constant shelling and using dirt roads, because the driver tried to steer away from the tracks, which were already being shelled. It took us 30 hours to get to Chisinau.

In Moldova we received help from Moldovan volunteers. I was going to check on my parents when I heard a terrible explosion in the direction of my parents’ house, and ran out into the yard. I saw the broken windows of the houses, found my parents in the basement of the house and told them to get ready immediately, as before the war my parents had no intention of leaving Kharkov. 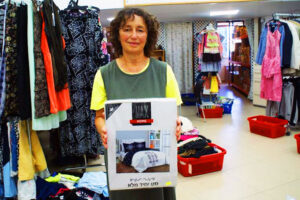 Natalia A. (64 y.o.), and husband Dmitri (67) from Kharkov, are still in the process of their immigration. “We lived in Vostochniy, Kharkov, an area which was most exposed to the bombings. We lived in the basement of our apartment building for 1½ months because planes were continuously bombing. There was no water, no light, no heating, no humanitarian aid.

Sometimes we went up to the apartment and took anything we had from the food at home. No one could reach us to pass aid, as there was constant shelling. We were sitting and sleeping in the basement in our fur coats, and any other warm clothing we had. It was freezing! My husband, who is disabled suffered from the damp air in the basement which made his cough worse and worse. His feet were swollen and he could not move. We thought the war was about to end, so we didn’t leave. We could not take leave by train, because the trains were overcrowded and under the constant bombardment.

A daughter from Israel tried to help through The Jewish Agency, the embassy, and other organizations to get her parents to Israel. They were taken to Poland, where their daughter met them and helped them get to Israel. Dmitri is being treated in Israel. 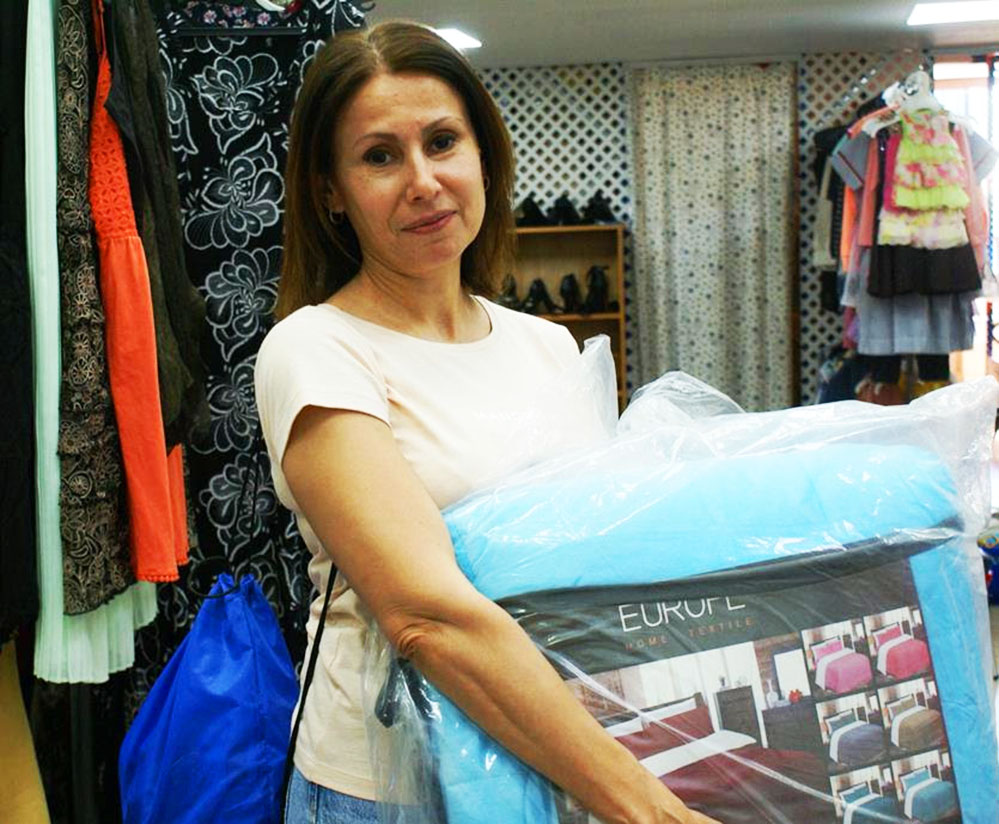 Galina A. from Mariupol

Already on February 25th, Mariupol was blocked by the Russians making it impossible to leave. It was only on March 10th that my 83-year-old mother, my 84-year-old father, and sister were able to leave. At first, there was no communication in the city, with the outside world nor with each other. There was no authority in the city, all the stores were looted, the city was being bombed non-stop, and I had to make my way to my parents to bring them something to eat. Heating, light and water was cut off, and it was very cold with snowfalls. We were heating snow on fires outside and tried to cook. Residential areas were constantly being bombed.

On March 9th I cooked borscht and ran first to my sister, under bombardment, catching her in a complete state of confusion, because our parents’ house was hit by a bomb. When I ran to my parents, it was impossible to enter the apartment as the door was bent by the explosion, but praise The Lord, my parents were alive! I found an acquaintance who brought a ladder and our parents were rescued from the second floor through the balcony.

Soon the house was completely destroyed. We put our parents in the basement of the hospital, thinking that the hospital would not be bombed, however soon the bombs started there too, and the hospital was on fire… There was continuous shelling, and once I saw a house blown up next door and 5 corpses, I decided we had to leave the city. My husband, son, sister, and parents were all able to leave the city with me.

Together with a neighbor and her child we drove towards Zaporizhzhya. We were checked thoroughly at all checkpoints by soldiers who were Chechens from Kadyrov. On March 15th, we reached Dnepr, and from there we continued to Truskavets and Budapest, finally arriving in Israel. We received news that the houses of my parents and my son in Mariupol were destroyed… 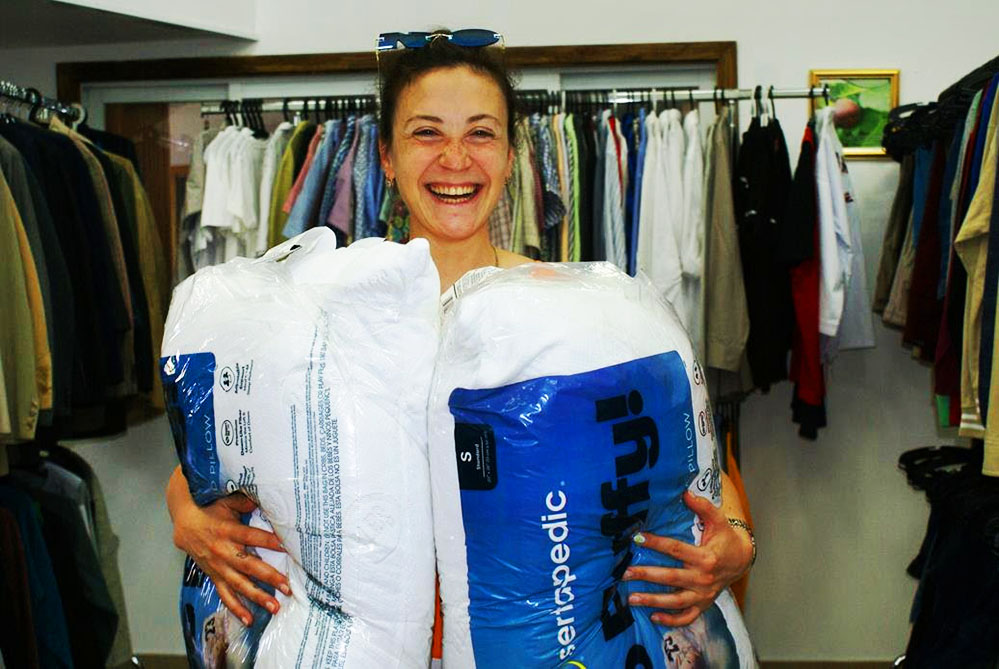 Please Pray for these new immigrants and the many other tens of thousands of immigrants and refugees as they face the challenges of starting life anew in Israel!

We also wanted to bring you an update on our building project for housing refuges at our distribution center in Jerusalem. The Lord has graciously provided a professional architect to draw up building plans, in order to maximize every square inch (or centimeter in Israel) of floor space for maximum efficiency. We will also have a group of 6 Swiss builders coming to volunteer this summer to help build the new housing facility, PTL! We are still trusting the Lord for all finances needed to cover the costs of this project. 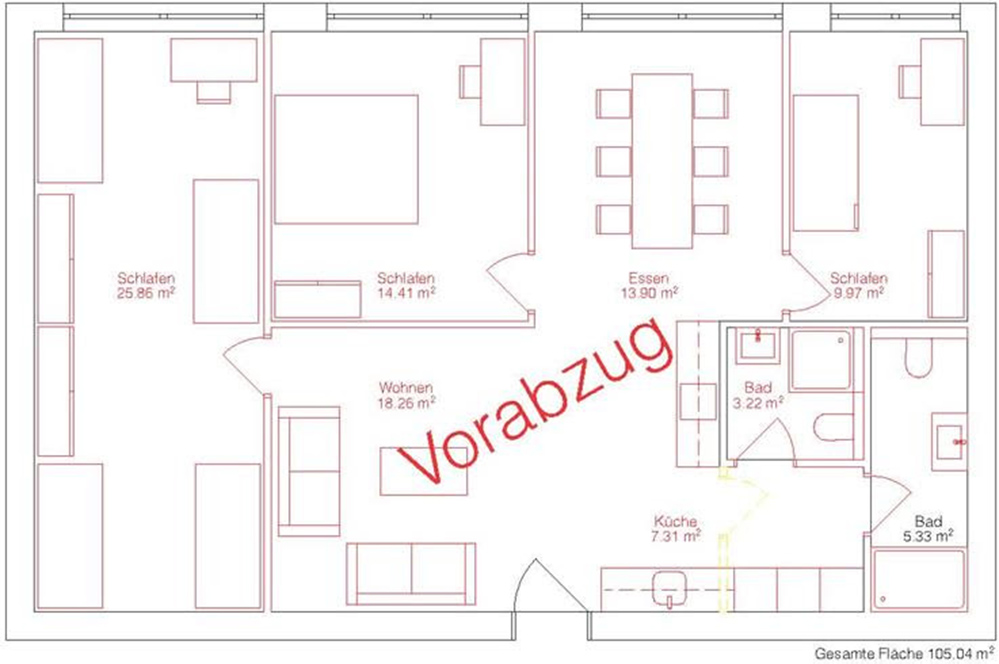 The plan for the new refugee housing 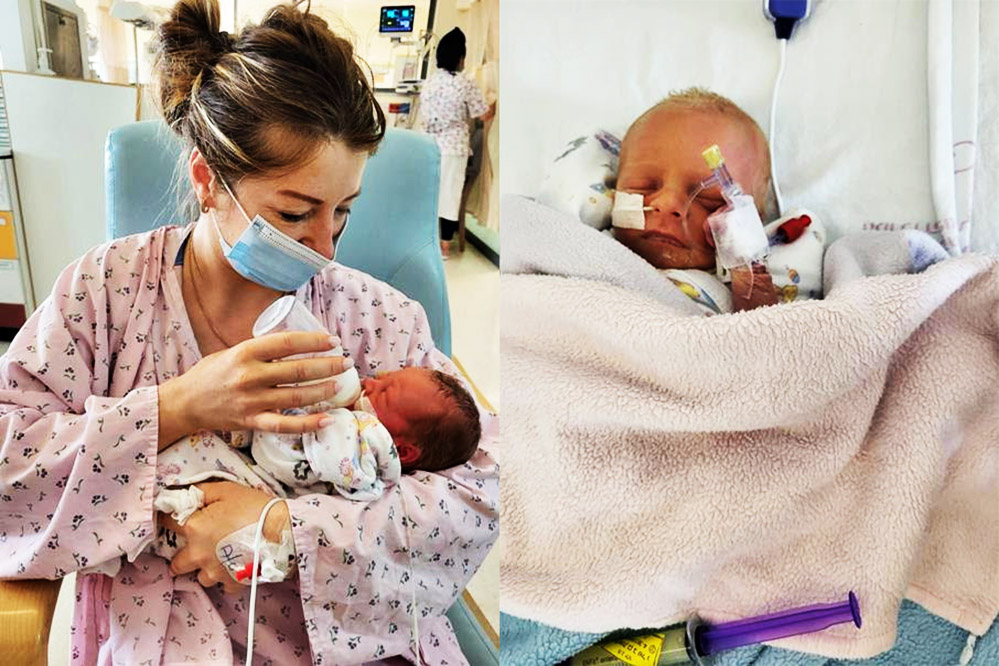 Natasha has given birth to healthy twin boys

Finally, we wanted to share the good news that Natasha has given birth to healthy twin boys, however prematurely! There are still many unanswered question concerning her future… First, concerning the Jewish father who needs to take responsibility for his actions, and also for Natasha’s status so she will be able to stay in Israel if he chooses not marry her.

There are also mounting medical bills, both for the delivery without insurance, and the twins’ need to be in intensive care for 2 weeks as they were born 6 weeks prematurely. Yet despite all of the hurdles, Praise the Lord, the twins survived and Natasha decided to keep them… and we know the Lord will help Natasha and twins in their time of need!

It is through your giving, FZS is able to help cover the delivery cost of the twins from the hospital and Natasha’s needs as a new mother of 2. It is through your care, that we are able to provide new pillows, sheets and blankets to the refugees in need and even a future place for them to stay as they transition into their new life in Israel.

It is because of your love and prayers, the Lord sustains us every day with enough to share His love and care materially and spiritually towards the Lost Sheep of the House of Israel and the needy, whomever they may be!

Thank you very much!

Or directly with Zelle here: 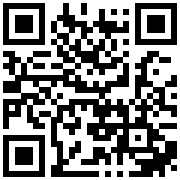