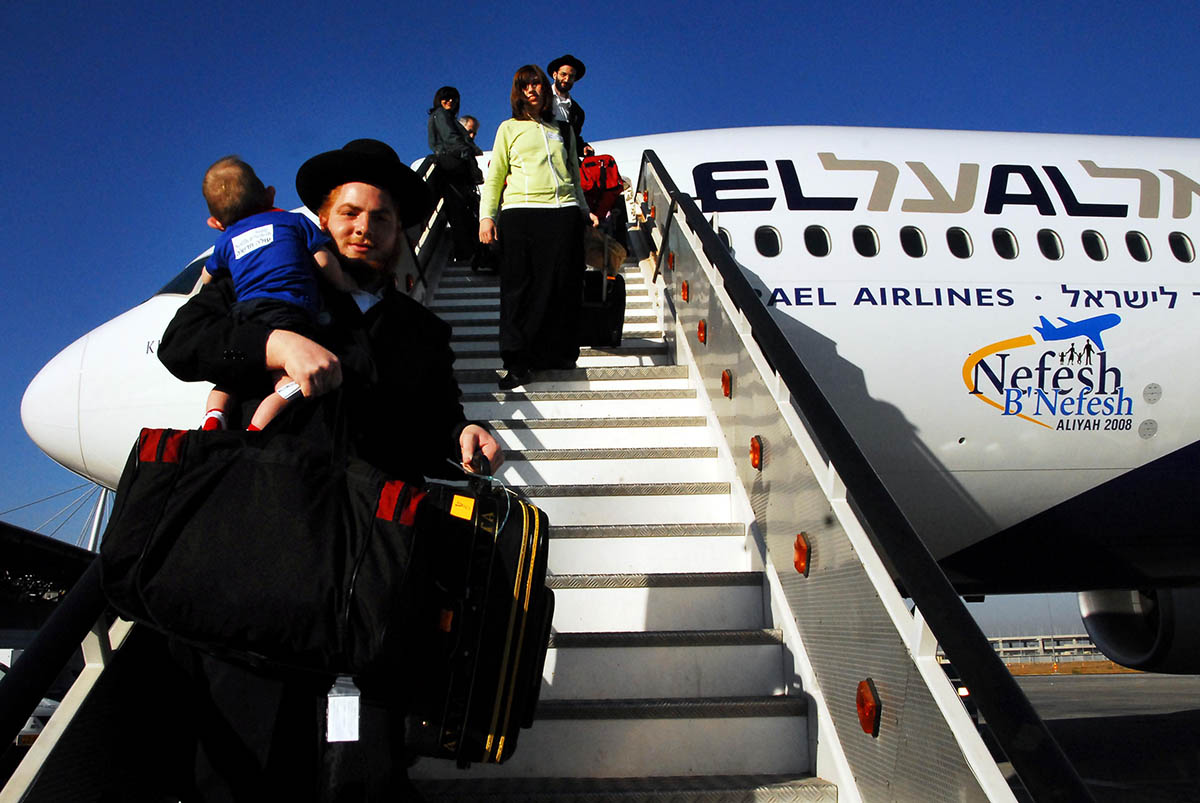 …but, ‘As the LORD lives, who brought up the sons of Israel from the land of the north and from all the countries where He had banished them.’ For I will restore them to their own land which I gave to their fathers. “Behold, I am going to send for many fishermen,” declares the LORD,” and they will fish for them; and afterwards I will send for many hunters, and they will hunt them from every mountain and every hill and from the clefts of the rocks.

Has the time of the hunters begun?

The ingathering of the Jews to their God Given homeland has always been the foundation of our vision and calling as a ministry towards the Lost Sheep of the House Of Israel. Even our name, For Zion’s Sake speaks of the restoration of the Kingdom of Israel under the Kingship of the Messiah, Yeshua! Unfortunately, AGAIN we are living in a time when “Zionism” and “Zionist,” i.e. “The Jews” are now openly being demonized, attacked, threatened and humiliated just like what we have watched in the old movie reels of WWII. Anti-Semitism and Anti-Zionism is on the dramatic rise in political circles, social media, and most alarmingly once again on the streets of Europe and Jews are once again afraid for their safety…

I would like to reiterate one fact, For Zion’s Sake IS a Zionists Organization and we are very proud of it! We believe that God is also a Zionist! Just as He chose to give the Land of Canaan to the sons of Abraham, Isaac and Jacob forever as promised in His Word to Abraham in Gen 13:15:

“For all the land which you see I give to you and your descendants forever.”

FZSM is committed to faithfully stand with the Jewish people while seeking to ensure their God given inalienable right to exist and live as both free and sovereign citizens in their Homeland of Israel and in every nation of the world that they may dwell. If that right is threatened or attacked, we will assist in every way possible for their protection and safety. We will also assist in any way possible for their ingathering back to the Land of Israel or in temporary countries of refuge for those being persecuted!

This week I received an encouraging message from a pastor-friend who ordained me into the ministry over 15 years ago and who has been a spiritual mentor even longer. He said, “With all going on in Israel and Netanyahu calling the Jews out of Europe, your ministry in Israel should be there for just a time as this…” AMEN!

As I continue to learn of the Filipino history of standing with Israel and the Jewish people during WWII, I am amazed at how this country was used by God to help save Jewish lives! We all know that history does repeat itself, and besides the Bible, perhaps history itself is our best prophetic teacher… Will the Philippines again be called upon by the Lord to help save Jewish lives in the next persecution of the Jews in the days ahead???

Philippines to the rescue: 6 tales of Jews escape from the Nazis

World War II survivors and their children recount their experiences as among the 1,300 Jews from Nazi-run Germany and Austria saved by Filipino hospitality during World War II.

Hans Hoeflien, Ralph Priess and Margot Cassel Pins were born in Nazi-torn Europe and fled their homes with their families to seek refuge in the Philippines, the only country that welcomed World War II’s most scorned victims. Gorden Lester, Celia Tischler Black and Mary Faquhar, meanwhile, came from Jewish families who fled the persecution by their own countrymen in Austria and Germany at the start of what would be the costliest worldwide conflict in history.

Watch the documentary, “Rescue in the Philippines”

Last week, the six of them converged in one event, some of whom flew from the US, to tell of their stories and express their gratitude to Manila, the “Pearl of the Orient,” which became their second home. The anthems of the Philippines, United States and Israel were played and the six storytellers of the day mouthed words of the hymns of their native and adoptive motherlands. Here are snippets from their stories: