For Zion's Sake Ministries / FZS Ministry Updates / Back from the Philippines 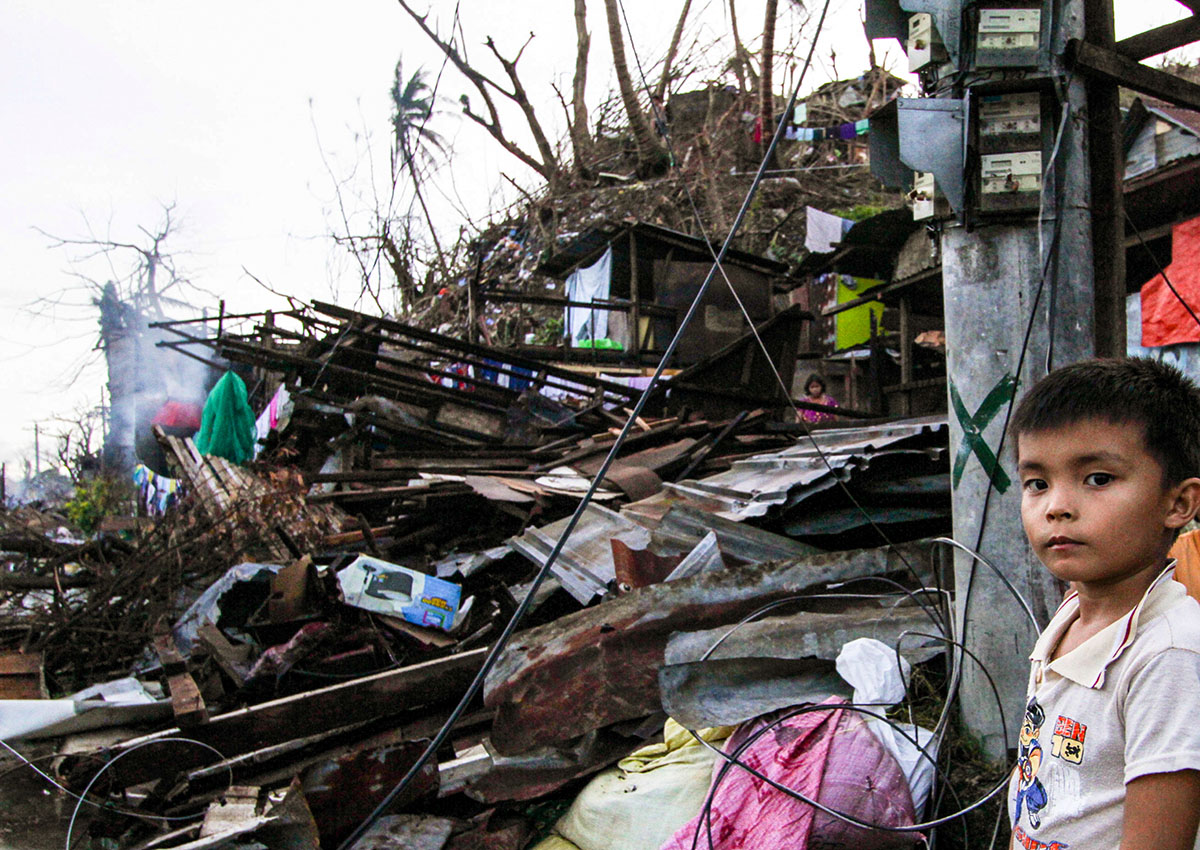 Back from the Philippines

…but our hearts stayed behind

Well, it’s been a busy season for us here at FZS, both for our staff in Jerusalem who faithfully serve the needs of the poor and downtrodden, and also for our outreach team that just returned home from the Philippines.

Our team spent 16 intense days of relief efforts in ministering to the victims of Typhoon Yolanda, the strongest recorded storm in history that hit the central Philippines early in the morning on Nov 8. The death toll has already risen to more than 7000 victims while leaving another 4 million people homeless. The United Nations said at least 14 million people have been affected, including 1.8 million displaced children.

Sometimes the grief of loss is too much to bare

Bodies are still found floating in the water or lying under ruins of flimsy buildings and piled-up trees and bushes while traffic sputters by and no one appears in a hurry to take them away. The death toll, now above 7,000, is likely to continue to rise, and many who are missing are not likely ever to be found.

To date, For Zion’s Sake was able to raise more than $7,000 for relief efforts by which we helped to feed over 750 families, as well as purchase building material in order to rebuild some of the homes of the believing families we met that had lost everything. We were also able to rent delivery trucks, hire ships for transport, distribute funds for medication and even purchase a chain saw for one congregation whose church was completely destroyed. This will be used to help clear away the fallen trees and the cut wood will be used for rebuilding their sanctuary.

CHILDREN AT RISK
We still do not know the number of children who have been orphaned by Typhoon Yolanda; however, one sad reality that has come to light during our stay is that child abduction is a very real and present danger in the Philippines. In fact, child predators and pedophiles are posing as aid workers in order to lure the unsuspecting orphans. Under the pretext of saving the children, traffickers can abduct them and sell them as “brides” to pedophiles or earn hundreds of thousands of dollars by providing these children for illegal adoption and, even worse, sexual abuse and exploitation. In response, FZS is working directly with and supporting one Christian organization called Islandkids.ch who are directly involved with rescuing and caring for such kids.

At risk children begging for food and water

Prime Minister Benjamin Netanyahu welcomed the troops, saying “Welcome home, you have represented Israel with honor in a serious mission. 66 babies were born in your field hospital, the first of which is aptly named ‘Israel’ — that is the essences of this delegation. IDF can undertake an array of missions, God willing these will be the types of mission you will be called to do. I hope there will be fewer disasters, but it is comforting to know that you are in charge of such operations.”

THE WORK CONTINUES
Already our European friends have responded and International Health Partners based in the UK has agreed to send a 40ft. container filled with clothing, medical supplies and building material, while the Dutch organization, HRIF Global Aid, has donated 5000 Euros towards the purchase of more building material.

Since returning home just over a week ago, my thoughts and even my dreams still remain in the Philippines. So many of the faces of suffering people we encountered do not seem to fade away, and I wonder just what else we can do to help these poor people? After a major disaster of this magnitude, the recovery process will take years to bring all of these communities back to a “new normal” that we hope is as strong as or better than before the disaster.

The hope of rebuilding begins

“I SHALL RETURN”
Were the famous words of Gen. Douglas MacArthur who was forced to leave the Philippine Islands in 1942 after boasting that his men could repel any Japanese invasion. At the time MacArthur vowed “I shall return.” 2 1/2 years later, MacArthur does return.

If the Lord wills, I would also like to return to the Philippines and help lead another team of volunteers, this time focusing on the rebuilding efforts of the homeless . What an awesome opportunity there is before us to help them in rebuilding their lives while also sharing the love of Yeshua in both word and deed!

Perhaps the Lord may be calling you to come and serve in the Philippines? We are praying about another relief mission trip sometime in the near future, just in time to meet the container that is being sent from the UK.

Will you also join with us in giving a special donation to be given directly to the victims of Typhoon Yolanda?

UPDATE ON STAS IN JERUSALEM

Many of you have been praying for Stas and his family after he fell from a 3 story building and broke his back. Doctors have still not yet told him concerning his paralyzation. They feel he is not motionally ready to handle the sad reality that he will be unable to ever walk again, save a miracle… And a miracle is just what we continue to pray for!
You may remember the Ivanitsky family (Stas, Olga and Lior) from a previous prayer update when we shared with you the courageous story of Loir’s crippling birth defect and how he is fighting to walk on his own for the first time.

Stas after his accident with his son Lior

If you would like to send a special donation for this family, just earmark your check for “Stas”

Thank you once again for your faithful love and support towards FZS Ministry and may the Lord richly bless you!