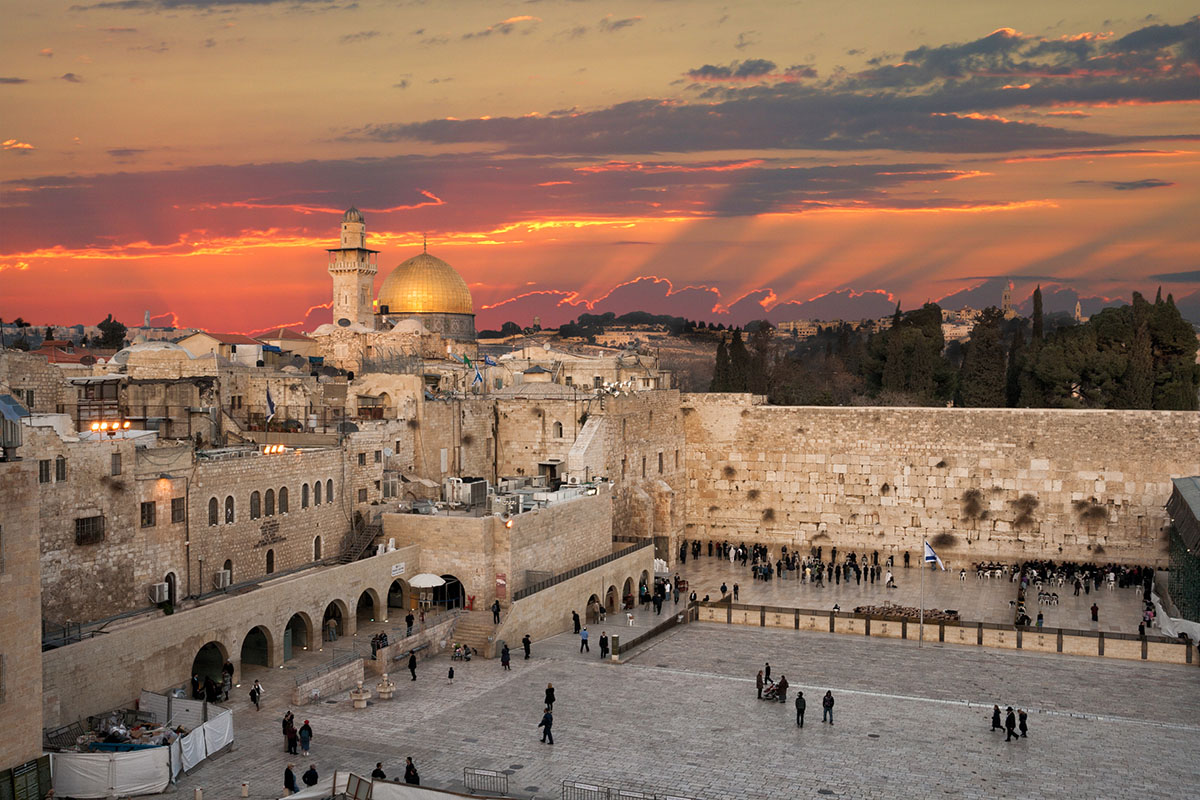 For Your servants take pleasure in her stones, And show favor to her dust.( Ps 102:14 )

Greetings and Shalom!
Well, it’s been awhile since our last update but there has been no lack of opportunities through which For Zion’s Sake ministers to the practical and spiritual needs of the Lord’s chosen people. In like manner, we often marvel at the blessed privilege we have of being called to serve the King of Kings in His holy city of Jerusalem. Why is it “holy” you may ask? Perhaps the answer lies within the very dust of the Land itself… For it was upon this soil, on a hill called Golgotha, that the precious blood of the Lamb Of God was poured out in order to take away the sins of the world. Yes, His blood has sanctified this Land as well as all of the souls who believe and call upon the name of the LORD, Yeshua!

Pray for the peace of Jerusalem: May they prosper who love you. (Ps 122:6)

For thrones are set there for judgment, The thrones of the house of David. (Ps 122 5)

Come, I will show you the bride, the Lamb’s wife. And he carried me away in the Spirit to a great and high mountain, and showed me the great city, the holy Jerusalem, descending out of heaven from God… (Rv 21:9-10)

UN vote (in 5 weeks) on Palestine will lead to war

The result of the Palestinian Authority’s bid to win international recognition for a Palestinian state at the UN in September is likely to be war with Israel, that according to a survey of Palestinian Arabs conducted by the Palestinian Center for Policy and Opinion this week. While most Palestinians do not believe the motion on an independent Palestinian state will pass in both the General Assembly and the Security Council, if it does, they have very specific and violent ideas about what should happen next. If the UN recognizes Palestine, 76 percent of Palestinian Arabs said their security forces must immediately exert control over all of Judea, Samaria and the eastern half of Jerusalem, even at the risk of open warfare with the Israeli army. They also want Palestinian forces to seize control of the Allenby Bridge crossing into neighboring Jordan. (IsraelToday)

Praise the Lord, the new industrial warehouse shelving has been installed at our FZS headquarters in Jerusalem and the shelves are already full of Humanitarian Aid ready to be distributed. God’s timing was perfect because we just received another shipment of new clothing from Sweden, our second 20ft containers in just 3 months. The new shelving utilizes the space we have more efficiently, while also providing a second floor and essentially doubled our storage space. The entire assembly process took almost two weeks to construct along with the exterior renovations such as moving doors, walls and ceiling tiles. The lower shelves will also serve as clothes sorting station where we can sort the clothing according to size, season and gender. We have now begun our “Clothing Distribution Days” outreach program when we schedule 20 needy people per day to come in and choose the clothing they need. As always, we rejoice to see the happy faces of the new immigrants and their surprised expression as they receive new clothing!!! Please pray that these times of outreach would be fruitful and provide many opportunities to share His love!

We wanted to share with you a few of our home visit experiences, the first being with Marina and her daughter Alexandra who immigrated to Israel in 2008. Marina has earned her degree in economics in Latvia where she was employed as a state controller at the economic department in Riga. Now that Marina is in Israel, she has passed the entrance exam to Hebrew University and she is studying to be a State auditor. Her daughter Alex has a music degree and sometimes plays piano at concerts here in Israel. She’s now saving money and studying to get her master’s degree in music. The family has a very interesting history originating back to the WWII when Latvia officially fell to the Soviet Union. Marina’s grandparents were immediately sent to Siberia by Stalin and while her grandfather died as a prisoners in a forced labor camp, her grandmother and mother survived. All of the remaining family in Latvia were murdered by the Nazis except for, Baruch (her grandmother’s brother) who was able to escape to the US and and later to Israel. He fought in the Jewish National Guard against the Nazis. After the war, Baruch invited his sister Rachel (Marina’s grandmother) to immigrate to Israel, but it was impossible at that time because people were forbidden to leave the USSR. The dream to come to Israel remained in their family and finally, after so many years, Rachel’s granddaughter and great-granddaughter (Marina and Alexandra) came home!

We also recently visited Stanislav in the hospital. You may remember we previously wrote about him and his family when they made Aliyah (Immigration to Israel) last July. Stanislav has a crippled six year old son named George who went through a series of operations after arriving in Israel. Thank God little George is now doing much better and he is able to walk with the help of crutches! (In the video below you will see when he was confined to his wheelchair and unable to walk or use his legs). Stanislav’s wife Olga is the only healthy person in the family and she is training to become a secretary.

Thankfully, Stanislav, had hip replacement surgery and praise the Lord it was so successful, the doctors gave him a 35-year guarantee on his new hip. When we visited him in the hospital, Stanislav was very happy to see us again and we were able to encourage him in the Lord. Stanislav and his family are recipients of our Adapt-an-Olim project and they receive food coupons from us to supplement their income.

Finally, we also want to share with you the story of Tatiana Unosova, who immigrated to Israel from Volgograd last September. She has two children who live in Israel but apart from her. Tatiana’s husband passed away in 2006 and she has been feeling very lonely here in Israel. She’s studying Hebrew in an Ulpan and receives some money from the state but it’s not even enough to cover rent. Like many other new immigrants, she’s looking for direction for her new life in Israel and a plan for what to do after she’s finished with her Ulpon (Hebrew language school). Her apartment is almost empty so we brought her some chairs and dishes. she is also in need of a kitchen table. We were able to encourage by telling her about Yeshua’s love and His plan for the Jewish people, and that no matter what He is always with us and will take care of us. Please pray for Tatiana, that she would be accept our invitation to join us for fellowship.

In closing we would like to express our heartfelt appreciation both for your prayers and for your faithful support to FZS. You make it possible for us to provide humanitarian aid where it is most needed as well as conducting personal home visits like those described in this newsletter.