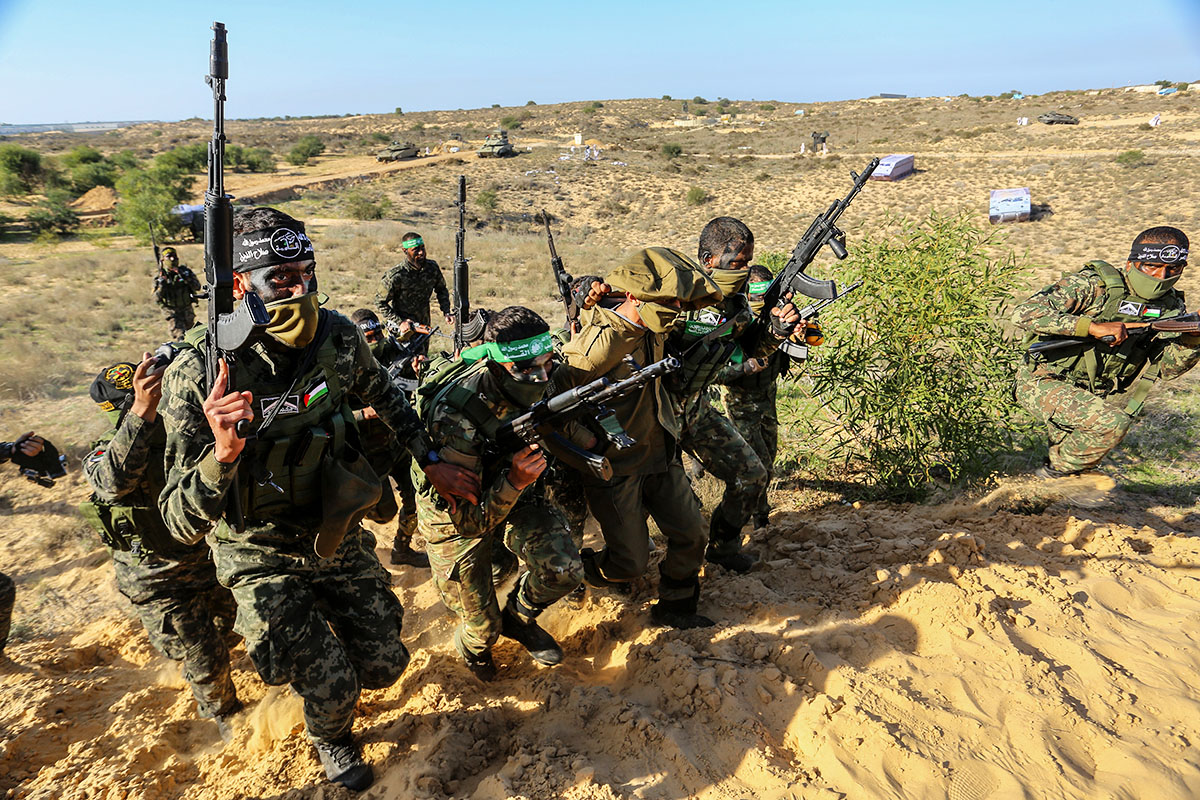 Once again, terror is raising its ugly head in the Holy Land. On Thursday, August 18, a series of coordinated terror attacks claimed the lives of nine people along Israel’s southern border with Egypt. The attacks were perpetrated by Palestinian terrorists who infiltrated the Sinai from the Gaza Strip via smuggling tunnels and reached an area of Israel’s border protected only by a wire fence. According to IDF officials, the ultimate goal of the attack was to kidnap an Israeli soldier.

Directly following the wave of murderous terrorist attacks, a barrage of rockets and mortars were fired into Israel from the Gaza Strip. Nearly 100 rockets and mortars have been fired at Israel, hitting areas including Be’er Sheva, Ashdod, and Ashkelon and claiming the life of one while injuring at least 20 others.

Only 10 days after the terror attacks in southern Israel, a Palestinian man carried out another attack in Tel Aviv in the early hours of August 29, leaving eight wounded. Upon driving into a police road block with a stolen taxi, the perpetrator then proceeded to viciously stab Israeli civilians standing outside a popular nightclub. According to the police, the assailant planned to carry out the attack within the nightclub where over 2000 teenagers were present for an end-of-summer party. 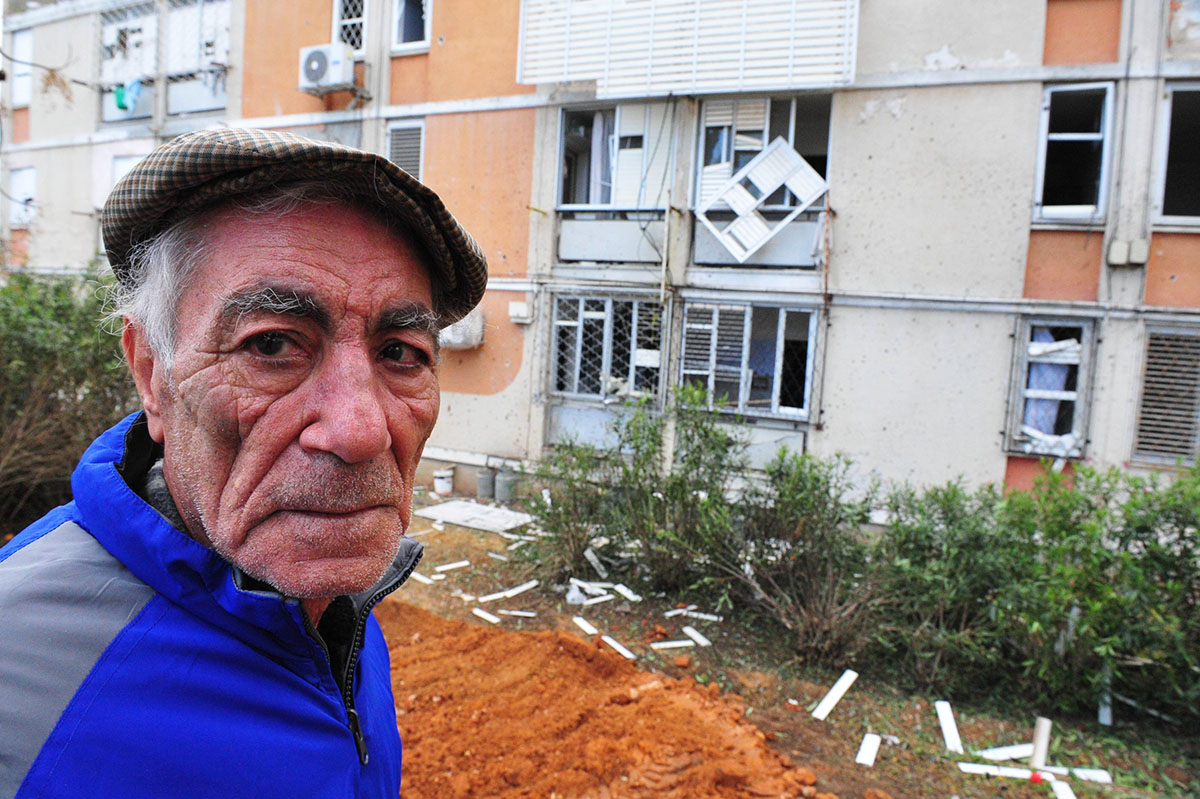 Resident of Sderot and his home!

As we watch these difficult days of affliction Israel is (and will continue) to face, lets also remind ourselves of the glorious promises of The Lord’s eternal faithfulness He promised to Israel and Jerusalem though His Word…

But Zion said, “The Lord has forsaken me, And my Lord has forgotten me.” “Can a woman forget her nursing child, And not have compassion on the son of her womb? Surely they may forget, Yet I will not forget you. See, I have inscribed you on the palms of My hands; Your walls are continually before Me.(Isa 49:14-16)

By God’s grace, our clothing distribution continues in full swing with families pouring into our warehouse facility to receive clothing and whatever else we may be able to offer them. Often during these visits many discussions are shared about their previous life in the country they immigrated from and also their struggles of starting their new lives in Israel. It’s during these fellowship times that we have many opportunities to share His love. Following are the stories of the people who have recently come to us for assistance…

Tatiana and her daughter Angelica Korniev.

Tatiana is a single mom who with her daughter Angelica, immigrated to Israel 6 years ago from the Ukraine. They are both believers and know that the Lord is providing for all of their needs. Angelica is now 14 years old, she likes to draw and to dance, and she loves taking care of animals so her dream is to become a veterinary doctor. Tatiana asked us to pray for her as she struggles to raise her daughter in Israel.

Alexiej told us that when he and Galina immigrated to Israel six months ago, it was the biggest shock of his life but also a time of joy and excitement. Galina graduated from the University of Nizni Novgorod in business. This young couple is currently studying Hebrew at the Ulpan. Galina believes that with the help of the Lord everything will work out fine because she says she trusts in His Word. They were very happy to receive help from us and they were also were encouraged by their visit.

Andrei and Masha were married last year in Israel after immigrating from Russia. They are both studying Hebrew at Ulpon and while Andrei studies, Masha serves on the Israeli police force! Masha is required to carry a gun, which she hopes she never has to use. Masha also hopes one day to study medicine and become a Dentist. They were both very thankful the clothing they received and said it was a great help for them.

Originally from Moldova, Natalia immigrated to Israel seven months ago. She completed her Ulpan studies in Jerusalem and obtained the second degree in Hebrew language. She also completed her studies in economics and management. She hopes to find work in public relations and communities. Natalia says that Israel is her country and offers many possibilities for those willing to try, although she admits that it wasn’t easy for her when she first arrived. She would like to get married to a good Israeli man (“but not a Moldavian”). Natalia’s father was Jewish and her mother is Christian. Natalia said that she doesn’t need a special place like a synagogue or a church to talk to the Lord, she can talk with Him everywhere… Natalia told us that she was very grateful for everything she received here. We too were blessed by her encouraging words!.

Vasily, Ira and their 15-years-old son Vladislav came from Belorussia eight years ago. In Minsk, Vasily and Ira were professional musicians. Now in Israel, Vasily works with computers and Ira is a dental assistant. They love Israel and have integrated very well here. They are not believers however they took a Copy of the Good Book we gave them.

Dina and Natella (mother and her daughter) have lived in Israel five years and are well known to us at ‘For Zion’s Sake.’ Dina has become close friends with Luda (our staff member) who has been able to encouraged Dina greatly. They really appreciate and thank the Lord for all the help they have received.

Marina Onucina (L) came from Kiev six years ago where she was studying in an Orthodox Jewish religious school. She is now 20 years old and a student at Hebrew University in Jerusalem. She is still observant to Jewish Law but is open to speak about her faith. We enjoyed a fruitful conversation with her about the bible..

Rivka Shtulman (middle) has lived in Israel for four years and also came from Kiev with her parents and brother. She currently lives at home and even though her mother is disabled and her father is unemployed. Rivka is full of hope for the future. She studies philosophy at Hebrew University and also studies art. She hopes to become a book illustrator. She describes herself as one who doesn’t know yet the meaning of her life but says she will continue to search for the Truth.

Sheina Pienkova (R) has lived in Israel for five years after immigrating from Kazan by herself. She studies at College and has one year to go. Her parents are in Kazan, so she has to share accommodation in Jerusalem with other students which she says is challenging. Sheina likes to read the Tanakh and celebrate the Feasts of the Lord. We were happy to encourage her through His Word!

We just received word from our friends at HH ministry in Sweden that another container of clothing is ready to be shipped to us this month. Since we began our Humanitarian distribution outreach 12 years ago, this is by far the best quality clothing we have ever received. Many things are brand new and the rest are slightly used all donated from a famous clothing company who have asked to remain anonymous.

This will be our fourth container from Sweden! Would you please prayerfully consider helping us cover the cost of this next shipment. The total cost is approximately $8000.