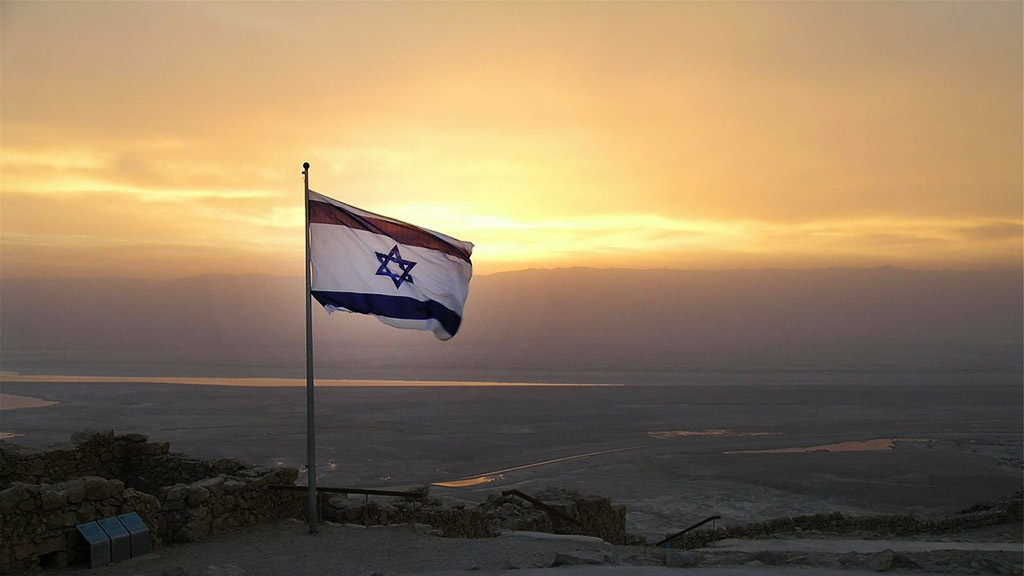 They have also divided up My land

Greetings from For Zion’s Sake!!!

Could it be we are witnessing the beginning of prophetic fulfillment of Isaiah the prophets warning concerning the dark spiritual condition of Israel just prior to the return of the Messiah? We know that Yeshua will return in Glory to save Israel from certain annihilation.

For, behold, darkness shall cover the earth, and gross darkness the people: but the Lord shall arise upon thee, and his glory shall be seen upon you. ( Isa 60:2)

In Hebrew, the word for Earth is Eretz – ארץ, however the term is often used in Scripture to refer to” The Land of Israel” that God promised to Abraham with Jerusalem as its glory.

“I have seen A Gross, Darkness that is not only covering the Earth, but also beginning to cover the Land Of Israel and the Jewish people…” Bradley Antolovich

Please read these headlines: “Israel ready to divide Jerusalem” In the framework of a peace deal with the Palestinians, Israel is willing to partition Jerusalem, Defense Minister Ehud Barak recently said in an interview with Haaretz newspaper. Barak said while the gaps remain wide and are of a “fundamental nature,” he believes there is a real chance to achieve peace with the Palestinians, based on a two-state solution and the division of Jerusalem. “West Jerusalem and 12 Jewish neighborhoods that are home to 200,000 residents will be ours. The Arab neighborhoods in which close to a quarter million Palestinians live will be theirs.” “There will be a special regime in place along with agreed upon arrangements in the Old City, the Mount of Olives and the City of David,” added Barak.

I will also gather all nations, And bring them down to the Valley of Jeho-shaphat; (Jerusalem) And I will enter into judgment with them there On account of My people, My heritage Israel, Whom they have scattered among the nations; They have also divided up My land.( Joel 3:2 )

“Behold, the day of the Lord is coming, And your spoil will be divided in your midst. For I will gather all the nations to battle against Jerusalem; The city shall be taken (divided?), The houses rifled, And the women ravished. Half of the city shall go into captivity, But the remnant of the people shall not be cut off from the city.” ( Zec 14:1-2 )

Now, for those of you who might hold a Preterist view and think that this event has already happened 2000 years ago when Titus ransacked Jerusalem, notice the next verse which has certainly not happened yet… AND GIVES US SUCH GREAT HOPE AND SECURITY!

“Then the Lord will go forth And fight against those nations, As He fights in the day of battle. And in that day His feet will stand on the Mount of Olives, Which faces Jerusalem on the east. And the Mount of Olives shall be split in two.” ( Zec 14:3-4 )

Finally, notice how the Main Stream Media is falling in line with the New World Order’s vision of demonizing Israel’s existence and our God given right to the sovereignty of Jerusalem. This type of subliminal Israel bashing is what feeds the masses and slowly yet steadily forms their anti-Israel, bias which may soon lead to another Holocaust…

But you, brethren, are not in darkness, so that this Day should overtake you as a thief. You are all sons of light and sons of the day. We are not of the night nor of darkness. Therefore let us not sleep, as others do, but let us watch and be sober. (I Thes 5:4-6)

HELP NEEDED… This is an urgent appeal for your help to clothe Israel’s poorest. Right now a 20 ft container filled with brand new clothing is waiting to be shipped to us in Jerusalem for distribution. However, we need $5000 to cover the shipping and port fees to be paid immediately prior to sailing. Unfortunately, our budget is exhausted and thus we are making this special public appeal for help. Thank you for your response!

Last week, we made a follow up visit with little Giorgi at the Rehabilitation Centre where he is recovering after spinal surgery. His mother, Rya was there attending to his needs upon our arrival and she spends every waking moment with Giorgi as he recover

Giorgi is an amazing, intelligent little boy who loves life and chat to everyone. He is recovering very quickly and even “walked” himself from one end of the bed to the other. Even the doctors have said that Giorgi has recovered remarkably since his operation. After we were there about an hour, his mother then fitted his new walking braces and rolling chair.

With his new walking device, he was very mobile and soon “took off” down the hall to the other children. One best friend is a Moslem girls who like Giorgi is recovering from surgery. It’s amazing to watch this little Jewish boy and a delightful Muslim girl breaking all social barriers with love and friendship!

When it was time for us to leave, Giorgi lead a group of children off to another room to see the some pet animals on display. He was obviously the leader of the kids as they all followed him. Some of The parents of the children attending his school are donating money toward having an elevator installed in their home so Giorgi can move more independently. Lena has shared the gospel previously with Giorgi’s parents, Stanislav and Olga but at this time they have not made a decision. Please pray that this family would come to know the Lord through the suffering and healing of little Giorgi…

Three years ago, Esther, her husband, and her two daughters, Teona and Nino made Aliyah to Israel from Georgia, Russia. Five months ago, Esther’s husband abandoned the family and has returned to Georgia for another woman. He has been contacted in regards to sending child support but he has refused. He was also encouraged to finalize divorce papers but to this point he has done nothing…

Esther was a journalist in Georgia, and is now working full time at a senior home and her salary is just over $1000 a month. When we asked Esther how FZS could help assist her needs, she replied that she needed money for food. Of course we agreed to help her with our Adopt and Olim food coupon program immediately. Esther was happy for us to pray with her and her girls and we also encourage her in scripture. Please also pray for Esther as she begins life in Israel now as a single mother.

Thank you for your faithful prayers and support for FZS Ministry