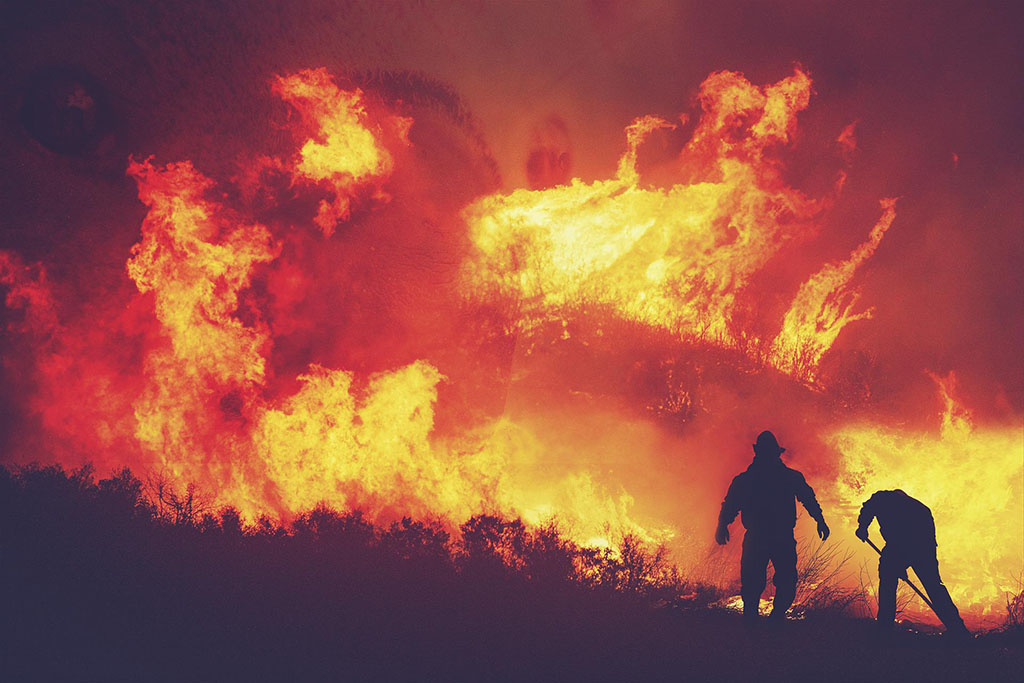 Rob and I wanted to send you a quick update about our time volunteering in the Carmel mountains, after the worst fire in Israel’s history ripped through thousands of acres near Haifa. Actually, by the time we arrived at ground zero on Sunday, already a US custom made Boeing 747 supertanker was flying over our heads ready to release its payload of 76,000 liters of water and flame retardant on the fire. By evening the same day, most of the dangerous hot spots of the blaze had been contained.

We spent most of our time watching the action of the firefighters from a small village called En Hod and a Druze village called Ussfiya. Unfortunately, there was very little we could do physically to assist the firefighters, however we thank God that we could be there to pray and intercede for Israel and the brave men who risked their lives battling the fire…

We also wanted to say “Thank you” for those of you who responded to the call for help and gave financial support to the victims who perished and their families. So far we received $250 and these funds will go directly to the family of those victims in order to support their widows and children. We plan to visit some of these families and bring not only material blessings but also the message of Hope and Comfort in Yeshua! It’s not too late to donate if you desire.

We would also like to encourage you to help reforest the Northern region by planting a tree in the name of one of the fallen or perhaps in the name of a loved one. Please click here for more details.

It should be noted that 40 of the victims were Israeli Prison Service members, young Jews who burned to death in a bus on a mission to rescue Palestinian prisoners.

All Israel mourned at their loss

But many Palestinians were joyous. This from Palestine Today, the Arab Muslim version of USA Today.

Untold euphoria prevailed among Palestinians after the fires that broke out in several places in northern Israel, which led to the deaths of more than 40 Zionists, although grief was felt by some [because of] the large amounts of Arab and European aid to assist in fire suppression at the time when the Palestinian people are groaning from violations of the occupation.

Palestine Today met many people whose faces reflected a great joy about what happened in Israel, where they stressed that this was the least that can happen to the entity…

Bassam Hamdan expressed her delight at the fall of more than 40 people in the ranks of the Zionists, calling it revenge of God Almighty for the children of the martyrs who fell from the Zionist occupation fire, forcing the enemy to know that there are forces greater than all.

Yes, and that force has promised to Israel…

“For a mere moment I have forsaken you, But with great mercies I will gather you. With a little wrath I hid My face from you for a moment; But with everlasting kindness I will have mercy on you,” Says the Lord, your Redeemer. (Isa 54:7-8) Amen!

Bradley and Rob with the FZS staff