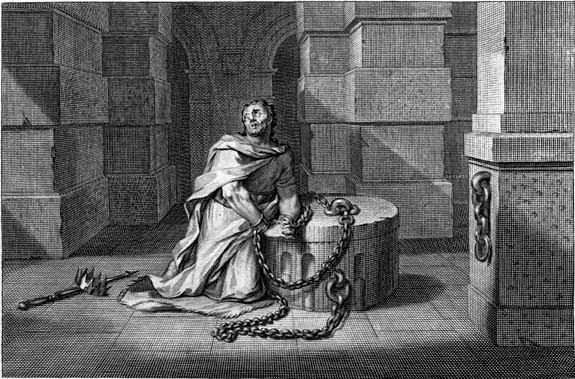 The Repentance of Manasseh

If my people, which are called by my name, shall humble themselves,
and pray, and seek my face, and turn from their wicked ways; then will I hear from heaven,
and will forgive their sin, and will heal their land.
(2 Chron 7:14)

This week I discovered a prayer that claims to have been written by King Manasseh of Judah in the extra biblical writing of the apocrypha. Somehow as a young believer, I was taught to avoid these types of taboo writings because they were not included in the canon of scripture. Thus, I perceived them as almost evil and certainly not of the Lord, even though some of the writings even had biblical references.

The story of King Manasseh is recorded in (2 Kings 21:1–18; 2 Chronicles 33:1–9) who was one of the most wicked and idolatrous sons of David that ruled in Judah. As a result of his utter disdain for God and the Torah, Jerusalem was occupied by the Assyrians during his reign and Manasseh himself was taken captive by the Assyrians and carried away in chains to Babylon (2 Chronicles 33:11–13). However, while a prisoner in chains, Manasseh came to his senses, cried out to God and repented of all of his wickedness and prayed for mercy and forgiveness…

Evil King Manasseh cries out to God in Repentance

Amazingly, God heard that sincere and heartfelt prayer and forgave Manasseh ALL of his sin and wickedness! The bible records that he was then set free and was allowed to be restored to the throne in Jerusalem as a Babylonian proxy. He immediately turned from his idolatrous ways, broke down the idols he had erected in Israel and restored the true worship of God in the Temple. (2 Chronicles 33:15–The bible does show a reference to that prayer he prayed, but does not record the prayer itself. However in 2 Chronicles 33:19, it says that the prayer he prayed is written in “the annals of the kings of Israel”..

So here is the brief “Prayer of Manasseh” …

1 Lord Almighty, God of our ancestors, God of Abraham, Isaac, Jacob, and their righteous children,

2 you have made heaven and earth with all their beauty.

3 You set limits for the sea by speaking your command. You closed the bottomless pit, and sealed it by your powerful and glorious name.

4 All things fear you and tremble in your presence,

5 because no one can endure the brightness of your glory. No one can resist the fury of your threat against sinners.

6 But your promised mercies are beyond measure and imagination,

7 and because you are the highest, Lord, kind, patient, and merciful, and you feel sorry over human troubles. You, Lord, according to your gentle grace, promised forgiveness to those who are sorry for their sins. In your great mercy, you allowed sinners to turn from their sins and find salvation.

8 Therefore, Lord, God of those who do what is right, you didn’t offer Abraham, Isaac, and Jacob, who didn’t sin against you, a chance to change their hearts and lives. But you offer me, the sinner, the chance to change my heart and life,

9 and because my sins outnumbered the grains of sand by the sea. My sins are many, Lord; they are many. I am not worthy to look up, to gaze into heaven because of my many sins. Now, Lord, I suffer justly. I deserve the troubles I encounter. Already I’m caught in a trap.

10 I’m held down by iron chains so that I can’t lift up my head because of my sins. There’s no relief for me, because I made you angry, doing wrong in front of your face, setting up false gods and committing offenses.

11 Now I bow down before you from deep within my heart, begging for your kindness.

13 I’m praying, begging you: Forgive me, Lord, forgive me. Don’t destroy me along with my sins. Don’t keep my bad deeds in your memory forever. Don’t sentence me to the earth’s depths, for you, Lord, are the God of those who turn from their sins.

14 In me you’ll show how kind you are. Although I’m not worthy, you’ll save me according to your great mercy.

15 I will praise you continuously all the days of my life, because all of heaven’s forces praise you, and the glory is yours forever and always. Amen.

At this point you may be asking, why have I shared this prayer with you now? Well, it has become painfully obvious that people in US along with Israel and the rest of the world are approaching a precipice of change and uncertainty that is seemingly to have apocalyptic consequences.

We are just days away from the inauguration, there are over 20,000 US troops in DC the news is claiming are there to insure a peaceful transition of power. There are also wild rumors flying around that a coup and counter coup is being played out before our eyes… Perhaps we are now in one of the most dangerous situations in the history of America, and most people are asleep.

Only God truly knows what is really going on behind the scenes and what will be!

However for me, what is glaringly obvious through all of this is that we, the church have greatly sinned both individually and also as a nation. We have allowed the wickedness of porn, pleasure, laziness and spiritual complacency to become the norm of our tolerant, woke, theological philosophies. We have compromised our once strong moral foundations in order to socially adapt to all kinds of un-biblical social norms trying so desperately to stay “relevant” so that tithing units keep attending our hip meetings and keeping our 501c3 churches alive. How else can we explain just how we arrived at the point of a Socialist takeover of America? And we’re told to embrace it as normal because its progressive as we try and reach generation xyz….

What in the hell has happened? I tell you, sin happened, and much like Manasseh, we have been conquered and enslaved with the chains of sin because we loved the sin of compromise! So what is the only answer and way forward from right here and right now??? REPENTANCE!

WE ALL need to cry out and truly repent as Manasseh did as he found himself chained and enslaved in Babylon… How much more so for us who KNOW that the Living God is standing at the door and the end of all things is at hand!?! God help us!

And just in case some of you are self-righteously innocent of any wrongdoing, please just stop and pray for the rest of us backsliders who are in desperate need of repentance for our sins as well as the sins of our nation!