For Zion's Sake Ministries / FZS Ministry Updates / Special Report April – ‘What do I have to live for?’ 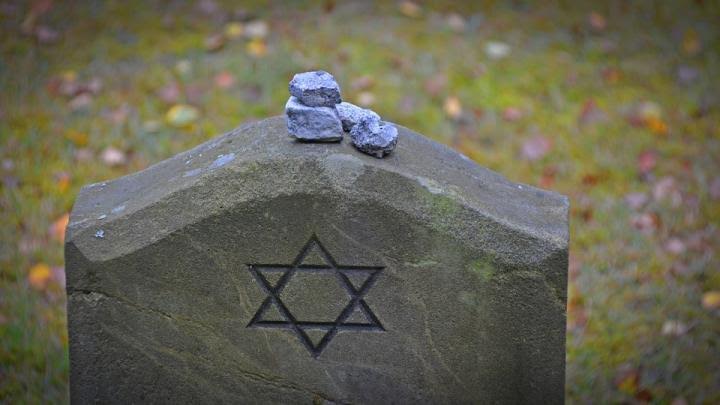 Special Report April – ‘What do I have to live for?’

Truly I tell you, whatever you did for one of the least of these brothers and sisters of mine, you did for me… (Mt 25:40) The Loneliness of Holocaust survivors:

Sunday evening marks the beginning of Holocaust Memorial Day of Martyrs and Heroes which began at 8pm Israel time. In addition to remarks from the president and PM, a Holocaust survivor spoke on behalf of the six million Jews murdered by Nazis. Ynetnews has published an eye-opening report on the tragic living conditions of many Holocaust Survivors living in Israel, especially from the former Soviet Union. This report amplifies the calling and heart of For Zion’s Sake Ministries as we are actively involved in visiting and assisting needy survivors through our aid programs. We know that our time is short with them as they are the last generation of living witness of the atrocities of WWII.

‘Most of the time I am alone at home, with four walls’

Their families were murdered in the Holocaust, they survived without food or water, and these days, many of them have to decide whether to buy medicine or pay their electricity bill, but what is bothering many survivors now is how lonely they are.

More than the sense of scarcity and uncertainty about whether to pay the electricity bill or buy medicine, the terrible loneliness is the most difficult for elderly Holocaust survivors. Three such survivors—Julius, Ernest, Zvi and Svetlana—pull back the curtain and show a glimpse into the at times sad reality that they face.

On Thursday, the State Comptroller published a report that stressed the dire financial and physical reality for many Holocaust survivors, underscoring some serious oversight by the government to help them toward the end of their life. However, when asked about their day-to-day hardships, loneliness appears to be no less difficult.

‘I’m nothing but a number’ Regarding the Welfare Office, Brown states, “I’m nothing but a number to them. They don’t come here. They claim they have so many cases to take care of. This country was established because of the reparations it received from Germany. They could have said, ‘Guys, thank you very much, now it is our turn to help you.’

Brown says he often thinks about suicide. “You remember the past. It comes back to you every time, and you tell yourself, ‘What do I have to live for, let’s end it and commit suicide, and then I think who will help others if I go because I’m actually trying to help others. When I’m alone I cry a bit and get into a little depression. Music is the only thing that can calm me down.”

A broken kitchen with almost no food

Ernest Ravitzkin, also 80, lives in Netanya with his wife Irena in a foul-smelling, windowless room. Ravitzkin was four when World War II reached Ukraine. Together with his mother, they fled from the Nazis on a long and dangerous journey through the Soviet Union to seek refuge. Ernest and his mother survived the Holocaust, but the rest of his family did not. Ernest Ravitzkin and his wife

After the war he immigrated with his wife to Israel, and today they live in one of the neighborhoods in northern Netanya in a neglected and disintegrating apartment with dozens of cats and an old dog. The dampness penetrates the holes in the walls and ceiling, and when it rains, the poor drainage in the yard channels the water straight into their house. Since the apartment has no windows, the front door must be left open for any air to come in. The marble in the couple’s small, dimly lit kitchen is broken, the old sink rests on a wooden kitchen chair and the plumbing leaks. The refrigerator does not work, and there is hardly any food. The stale air in the apartment stinks of heavy mold and the strong smell of urine of dozens of cats living with them.

Zvi Weinberg, 84, is a Holocaust survivor from Romania who lives alone in Ashdod. 20 years ago, he lost his wife, Mardina. These days, a young student occasionally accompanies him outside the house. On Pesach, he stayed with the student’s parents. Another volunteer visits Zvi every week, but sometimes the loneliness still wins out. “There are people who visit me now, but it was not always like that,” says Zvi. In the past year, Zvi has had a weekly meeting with a psychologist. A quick calculation shows that he sees people four out of 168 hours a week, not including his caretaker. “We don’t see each other every week,” he explains. “But I thank God for whoever comes by.”

Weinberg is provided with an old-age pension from the National Insurance Institute of about NIS 1,800 and a stipend from the Treasury of NIS 2,200. In addition, he also receives a pension of NIS 3,000 from the Israel Railways. He does not, however, receive reparations from Germany. He lives in public housing and pays NIS 900 rent. “At my age, I need a lot of heating in the winter, and in the summer I need a lot of cooling; the electricity is my largest expenditure. You have to give up a lot of things to make it warm in winter and cold in the summer. Usually, you give up food, because you can’t give up medication.”

About a year ago, Weinberg went blind. “Is there anything worse? I can’t even reach for a glass.” He is entitled to a caregiver for two hours a day. “But what can you really do with two hours a day? There are days and weeks when I do not leave the house because there is no one to help me. The young student who assists me does not always come. Unfortunately, I find myself trapped inside the house.”

In 1947, Weinberg immigrated to Israel as a child. “I served in four wars and served in combat engineering, and what do I get?” He says. “I do not have anyone, most of the time I’m alone at home, with four walls, and from the volunteers who come once a week you can’t really ask for help. They come and talk to you and that’s good, but that’s not enough. There isn’t anyone who truly represents Holocaust survivors; how can this be?”

The survivors’ harsh living conditions are also evident during a visit to the energetic and smiling Holocaust survivor Svetlana Zunis, 82, from Ukraine who immigrated to Israel in the 1990s. She lives in a tiny apartment in Netanya. “I remember terrible hunger in the eyes of a child. We ate bark and grass; there was nothing to eat,” she says of the Holocaust. “Even in Israel, I settle for little, I am used to it from the war.” Please help us to bless the “lest of these” Holocaust Survivors…

We will be hosting another group of Holocaust Survivors from tomorrow April 24th – May 1st. This group will be coming from the Haifa Association of Ghetto and Concentration Camp Survivors. We appreciate your prayers for open doors and hearts for them to share their testimonies. Please also pray for our personal times together, for healing of past wounds and many opportunities to share Yeshua’s love with them. Thank you so much for your faithful prayers and support to FZS Ministries especially for reaching out and assisting Holocaust Survivors while they are still with us, the time is so short!