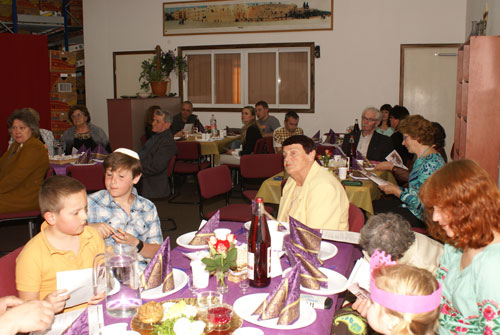 Rejoice in the Lord always: and again I say, Rejoice.

The Lord has been so good to us and truly we have so much to rejoice over, and I am sure that you will also agree after reading this Ministry Update… Firstly, we are now in the midst of the Passover week and of course part of the fun is eating “lots a Matza” for 7 whole days.

It is such a privilege to be in Jerusalem during the Feast time, and so we wanted share a few pictures of our Passover Seder dinner that our congregation celebrated together last Monday evening at our FZS warehouse. I also shot a short video at the Western Wall on Wednesday of Jews singing and praying their daily prayers for Passover… I hope you enjoy it! 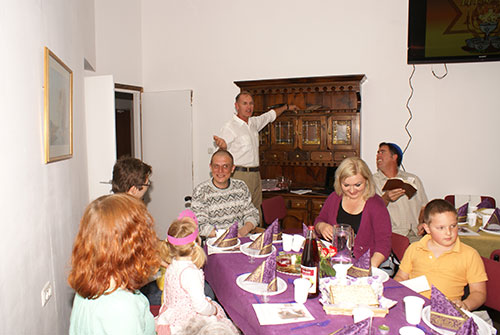 We are also rejoicing because last week another 40 ft. container of Humanitarian Aid from GAIN International (Global Aid Network) Holland arrived to our warehouse full of clothing, bedding and toys for the needy Olim in Israel. Our clothing distribution days are really the heartbeat of our outreach ministry and these containers provide us with many opportunities to share His love with new immigrants who come to us for assistance. Please pray for open hearts when the immigrants come to us for assistance. Please also pray for our weekly congregation meetings as we also gather at our warehouse. Most of the people who attend our services are direct fruit of our aid distribution.

Another reason to rejoice is that the next group of Holocaust Survivors will be joining us for a week at Haus Schonegg from April 25-May 2 in Switzerland. Below we wanted to share a few of their stories of how they survived by escaping death. So we ask for your prayers for this next for many opportunities to share the Love of Yeshua with them in both word and deed…

Michael Zegerson (Far left) was born in Kurits, Poland in 1925. Before the war he worked as a carpenters apprentice. When the war began, the Nazi’s entered their city and immediately started killing the Jews. Michael survived with his family by hiding in a room he built by himself. He was finally captured and the German who sent him to work in construction. While walking on his way to work, he saw a large holes that were burning and hundreds of Jews who were standing near the “death pist” to be shot and burned. His family was executed but Vladimir managed to escape to the forest where he joined the Partisans with whom he fought against the German and then joined the red army to continue his fight. Michael was wounded 3 times and received medals of honor from both Russia and the State of Israel after he came to live here and served in Israeli army for more 19 years.

Svetlana Gerzshanik (far left) was born in Danetsk, Ukraine in 1940. From 1941 to 1943 the city was under Nazi occupation. Svitlana and her mother were hidden in a basement for many days without food and water and her father was killed. They became very sick and their feet were frozen with frostbite. Somehow they survived but they suffered much.

Tatiana Dralyuk (far right) was born in Mogilev, Ukraine in 1937. At the beginning of the war she survived by a miracle while the Jews were being executed by shooting. The bullet missed her and she laid still as if she had been shot. She could later escape after laying on dead and wounded, moaning bodies all night. 16 of her relatives were executed that day. She found herself at a Krijopel train station where she later spent 3 years in a ghetto.

Raisa Rozum and Ninel Sorotchinski (center) will tell us their stories of survival after they arrive.

We also visited Stas this week who as you know, recently fell several stories while working in construction and became paralyzed from his waist down. We actually drove with him to Physiotherapy at the hospital and for the first time Stas was able to stand on his own, what a reason to rejoice! Please continue to pray for Stas’s healing as well as for Olga his wife and Leor his son, for strength and courage!

We were just asked by GAIN Holland to join their upcoming outreach to Tacloban from May 5 – 21 and help assist in the rebuilding of a school that was destroyed by Hurricane Yolanda. Currently there is still a need for skilled construction workers and those gifted in trauma counseling mostly with children. We also plan on showing the Jesus Film and other outreach projects. We also hope to be there in time to meet the 40 ft. container of Humanitarian Aid that was recently sent from the UK for distribution.

If you feel the Lord is leading you to join this outreach in spite of this very short notice, please contact Bradley at:[email protected]
(Please note you will have to cover your own flight and expenses).

And finally, one more reason to rejoice… GAIN International, who has already blessed our ministry so much, decided also that they would come to bless the work of FZS Switzerland by bring us a new kitchen and providing all of the volunteers needed to help with the demolition and instillation at Haus Schonegg! Together we were 18 people who worked together for 5 days. And although there is still some work to complete, we are so thankful for this amazing blessing which we could never afford otherwise! 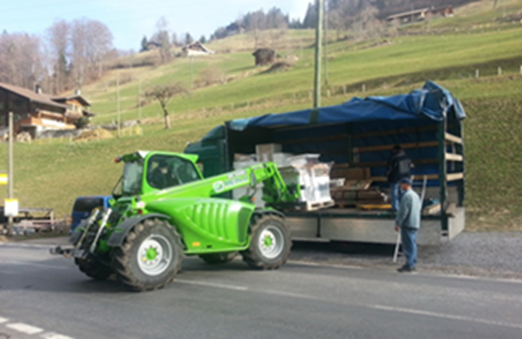 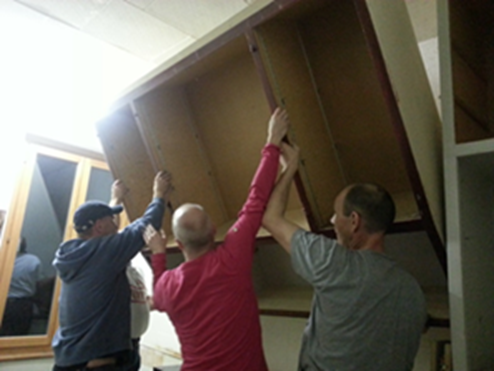 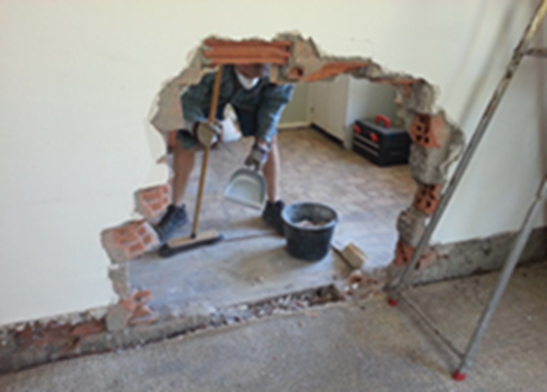 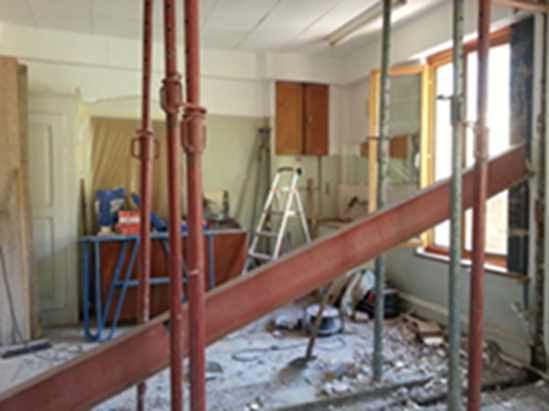 The walls were opened and supported with beams 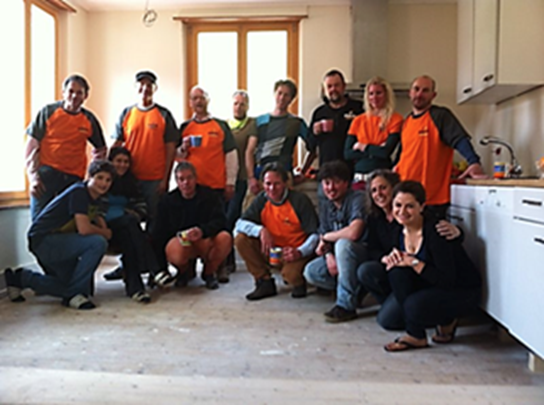 The Gain team in the new kitchen, Great Job and THANK YOU!

Shalom and Blessings from Jerusalem,
Bradley and FZS Staff