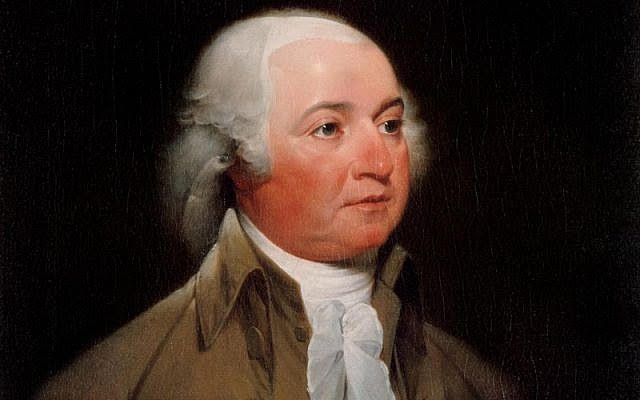 From Father to Son

200 years ago, in 1819, The correspondence of John Adams, second president of the United States, reflects the complexity with which Jews and Judaism were viewed in early national America. Most “enlightened” American Christians such as Adams saw Jews as an ancient people who, by enunciating monotheism, laid the groundwork for Christianity. He also saw them as individuals who deserved rights and protection under the law. Like many of his peers, Adams venerated ancient Jews and thought contemporary Jews worthy of respect, but found Judaism, the religion of the Jewish people, an anachronism and the Jewish people candidates for conversion to Christianity.

In an 1808 letter criticizing the depiction of Jews by the French Enlightenment philosopher Voltaire, Adams expressed his respect for ancient Jewry. Adams wrote of Voltaire, “How is it possible [that he] should represent the Hebrews in such a contemptible light? They are the most glorious nation that ever inhabited this Earth. The Romans and their Empire were but a Bauble in comparison of the Jews. They have given religion to three quarters of the Globe and have influenced the affairs of Mankind more, and more happily, than any other Nation ancient or modern.”

Adams would continue, This Country (Israel) has done much. I wish it may do more, and annul every narrow idea in Religion, Government and Commerce. . . For I really wish the Jews again in Judea an independent nation.”

I believe, once restored to an independent government & no longer persecuted they [the Jews] would soon wear away some of the asperities and peculiarities of their character & possibly in time become liberal Unitarian Christians for your Jehovah is our Jehovah & your God of Abraham Isaac and Jacob is our God. 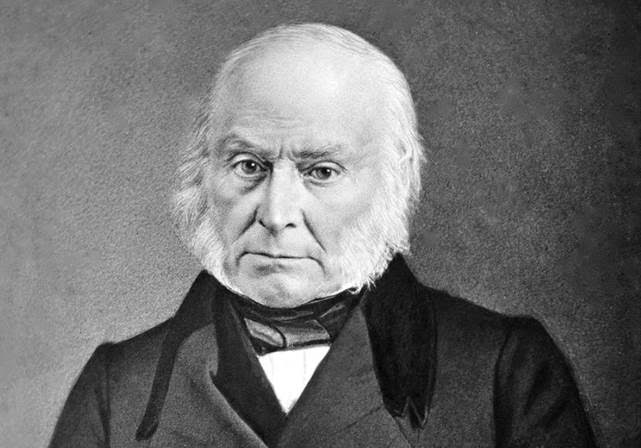 John Quincy Adams 6th President of the USA, the son of John Adams

In the 1811 letter to his son, John Adams wrote how happy he was to hear that his son was helping his aunt study the Bible every evening.

“I advise you, my son, in whatever you read, and most of all in reading the Bible, to remember that it is for the purpose of making you wiser and more virtuous,” he said. “I have myself, for many years, made it a practice to read through the Bible once every year. I have always endeavored to read it with the same spirit and temper of mind, which I now recommend to you: that is, with the intention and desire that it may contribute to my advancement in wisdom and virtue.”

Quincy Adams learned from his father that whoever reads the Bible can only come to the conclusion that God will fulfill his Word to the prophets and bring the Jewish people back to their ancient homeland.

“I speak as a man of the world to men of the world; and I say to you, search the Scriptures! The Bible is the book of all others, to be read at all ages, and in all conditions of human life; not to be read once or twice or thrice through, and then laid aside, but to be read in small portions of one or two chapters every day, and never to be intermitted, unless by some overruling necessity,” he once proclaimed.

These beliefs and knowledge of the Bible that the American people have, continue to support the strong US-Israeli ties till this day, with the Adams family helping establish this fact in the highest and most powerful office in the country – the Executive Office of the President of the United States.

On February 23, 1848, at the age of 80, the sixth president of the US John Quincy Adams died in Washington DC. He is remembered as one of the first leaders of the free world to announce his support for the fulfillment of God’s Word to the prophets through the creation of a Jewish state in the Holy Land. (JPost)

Good News for Israel and FZS in Jerusalem 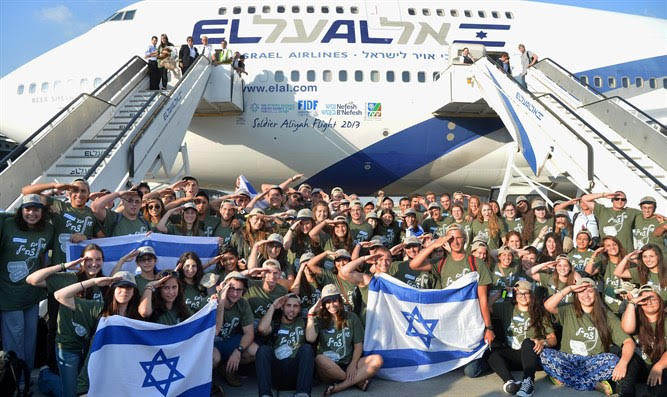 This is indeed really good news for us at FZS because it means that there will be many new Olim to assist and comfort in their immigration process. We need your prayers and support now more than ever as the Lord continues to bring his Children home from the 4 corners of the Earth. Because of you, FZS is here in Jerusalem to welcome them with His Love and Blessings in Yeshua’s name!

Immigration by Jews and their relatives to Israel rose by nearly 30 percent in the first half of 2019 over the corresponding period last year.

The 29-percent jump to 16,005 arrivals owed largely to movement by Russian speakers from countries facing financial problems, nationalism, and crackdowns on civil liberties.

Immigrants from countries that were part of the former Soviet Union or were under its influence that have not yet joined the European Union accounted for two thirds of the 12,366 immigrants in the first half of 2018. They comprised 74 percent of the figures for this year.

The vast majority of Russian-speaking immigrants came from Russia, where aliyah (immigration to Israel) rose by 72 percent to 7,884 arrivals this year, and Ukraine, which saw a nine-percent rise to 3,007 immigrants.

Aliyah from the United States remained without major changes with 910 arrivals in the first half of 2018 and 843 in the months January to June of 2019. (Arutz7)

It was 15 years this week when three dozen Islamic terrorist took more than 1,200 people hostage at a school in Beslan, North Ossetia, on September 1, 2004. The drama ended 3 days later after Russian forces stormed the school. The standoff and resulting battle saw 334 people killed, 186 of whom were children.

I was there with a small group from FZS in Jerusalem just a few days later to comfort those who were morning and help bring encouragement for those who were grieving the loss of family and loved ones… It was horrific!

Two such families that had to endure such unmeasurable hardship are the Totiev brothers and their wives. Both are Baptist pastors in Beslan itself; who together tragically lost 6 of their 11 children. Pastor Taimuraz Totiev and his wife Raya had their five children at school; only the second-eldest daughter, Madina, survived the attack. Pastor Sergey Totiev, also had children at the school. Sergey and his wife Bela buried two of their children on the same day. 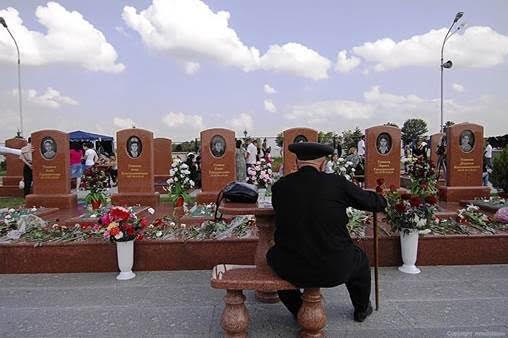 Unfortunately, we could not be there in Beslan this year commemorating 15 years since the horrific attack but our hearts and prayers remain with them and we do not forget! Today, we were able to speak with Raya Totiev, the mother of 4 children lost and she keeps her strong faith in God even through the pain in remembering her little ones that were lost that day… 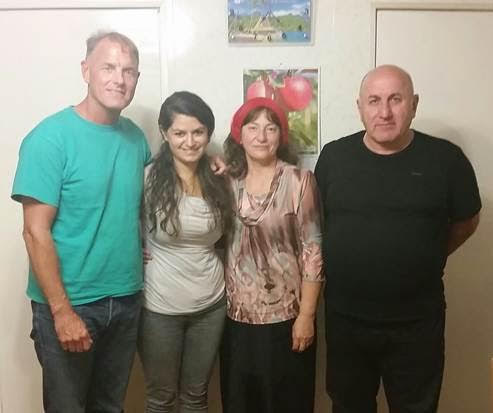 Visiting Raya and Taimuraz Totiev with my daughter Yael in 2016

In all my life, I have never met believers who have been called to suffer as much as the Totiev family, especially Raya who had to bury 4 of her children in one day because of terrorism. Remarkably, she was still able to teach Sunday school the following week at the Beslan Baptist Church while Taimuraz taught the message on forgiveness! I, like many others in Beslan, have witnessed their faith to be real and genuine, even after 15 years of the painful absence of their children, they can still praise the Lord for His goodness and mercy!

Thank you very much for your love, prayers and faithful support to FZS as we continue together to reach out with the love of Yeshua to the Lost Sheep of the House of Israel!

​The LORD bless and keep you!