For I am fearfully and wonderfully made!

For you formed my inward parts; you knitted me together in my mother’s womb. I praise you, for I am fearfully and wonderfully made. (Ps.139:13-14) 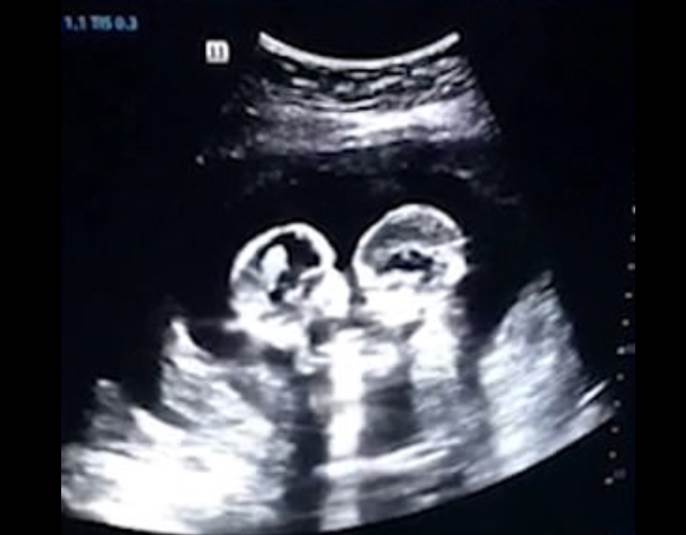 We have some really special news to share with you, something that is sort of a first for us and we are just overflowing with joy!

Last week, we received a phone call from a dear friend Masha, who is chief head nurse at Hadassah Hospital here in Jerusalem. Masha is also the daughter of a Holocaust Survivor and so we have become quite close with all of her family over the years. She and her husband are not yet believers in Yeshua, but rather practice Chabad Judaism.

Masha called my wife, Marianna, in sort of a panic and said she had a young Ukrainian girl in her office who is pregnant with twins and she is there ready to make an abortion. Masha didn’t know what to do so she asked Marianna to speak with Olga before her fateful surgery. After a long talk and prayer over the phone, Olga decided to wait and seek more counseling.

Last week, we received a phone call from a dear friend “K”, who is a head nurse at Hadassah Haratzofim Hospital here in Jerusalem. She is also the daughter of a Holocaust Survivor and so we have become quite close with all of her family over the years.

While “K” was on her coffee break she was asked to translate for someone who does not speak Hebrew. She saw a young woman standing and crying against the wall. She found out that this woman who’s named Natasha was pregnant with twins and came to the same hospital for the third time for an abortion (the last two times she could not make a decision to abort her children and went home). That day was the last day when she could do such surgery due to the certain weeks of her pregnancy. Our friend knowing that she can refer needy people to us, called my wife, Marianna, in sort of a panic and said she had a young Ukrainian girl who needs help right away. After a long talk and prayer over the phone, Natasha calmed down and agreed to seek more counseling. In the meanwhile, we contacted Be’ad Chaim, the Pro-life organization in Israel, which has also offered help and support, and Sergei from our office in Jerusalem immediately went to get Natasha from the hospital and brought her to the “Be’ad Chaim” Office for consultation. Praise the Lord for His goodness!!!

Natasha’s future in Israel is questionable as she is not Jewish and came to Israel as a refuge from a war zone in Ukraine. The state of Israel might not extend her visa and send her back where she has nothing left. She rents a room and lives with her boyfriend Dima, who himself is a new immigrant from Russia. At first, he refused to take responsibility for his future children because he works as a guard with a small salary and Natasha works as a house cleaner. As of now, they must financially cover all the medical expenses during and after the pregnancy.

Praise the Lord, Natasha has decided to keep the babies and even Dima has changed his mind and is now prepared to take on the responsibilities of fathering twins! Would you please keep Olga, Dima and those precious babies in your prayers for strength, faith and trust in the Lord that all will be well as they have chosen life! The best result would be if Dima will marry Natasha and then she can have citizenship along with the twins… We will continue to follow up with them along with Be’ad Chaim, the pro-life organization in Israel who has also offered help and support!

Meanwhile, we first learned about Viktor Rosenzweig from a friend of FZS who came to us for assistance. He shared with us the desperate situation which Victor was facing and asked if we could possibly help him. Victor immigrated to Israel from the Ukraine in 1994 with his mother and father when he was 10. In March of 2021 Victor suffered a stroke while sleeping and remained in a coma for several weeks. Because the stroke happened at night, and no one noticed any signs of trouble, Victor was deprived of oxygen to his brain for several hours. As a result, Victor awoke from his comma paralyzed and is now confined to a wheelchair. He is still unable to stand or walk and the doctors haven’t given much hope about his condition so far. His motor functions may be improved if he continues long-term physiotherapy and treatments, which of course are very expensive. Victor’s wife, Natasha does not work and cares for their 4 year old daughter Simcha and a 5-month-old baby Avital. When we saw the family and the little girls we knew we just had to try and offer prayers of hope in Yeshua’s name! 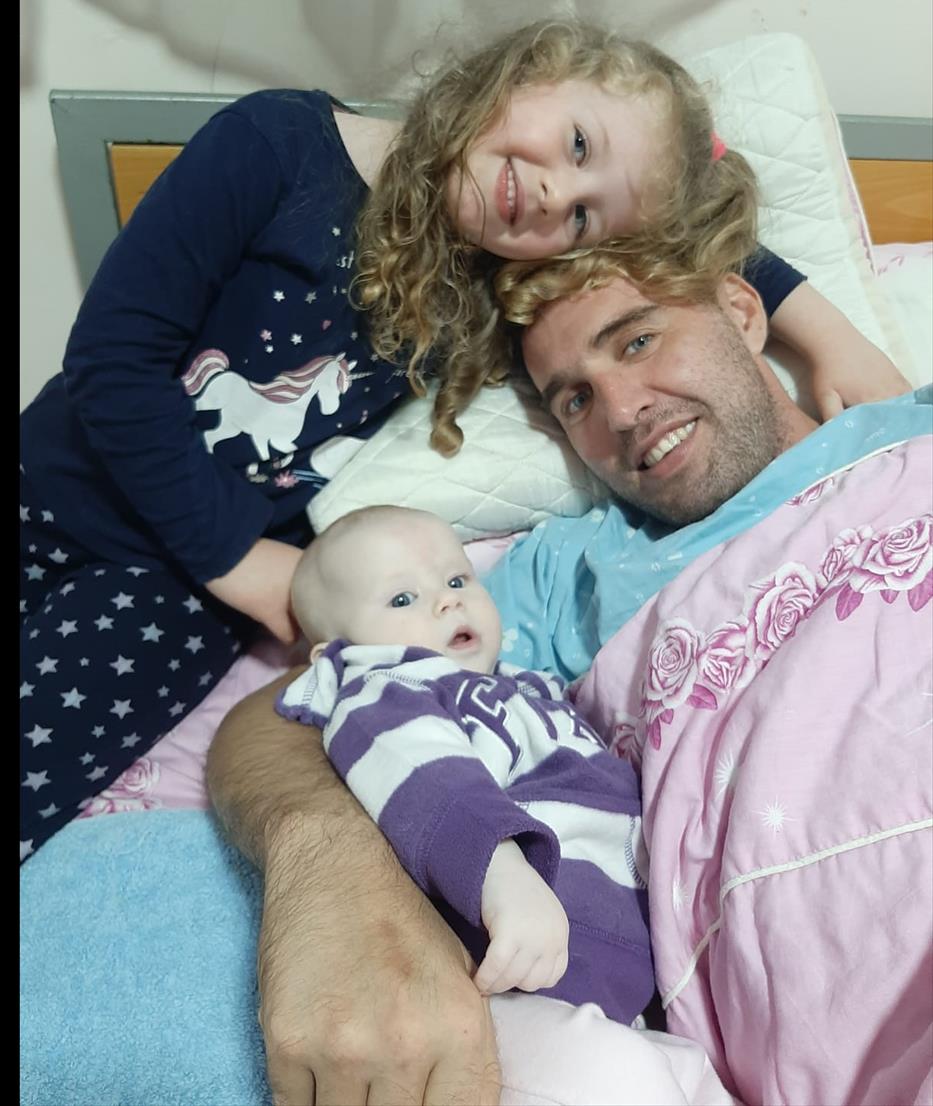 Victor in the hospital with his 2 daughters – Simcha and Avital 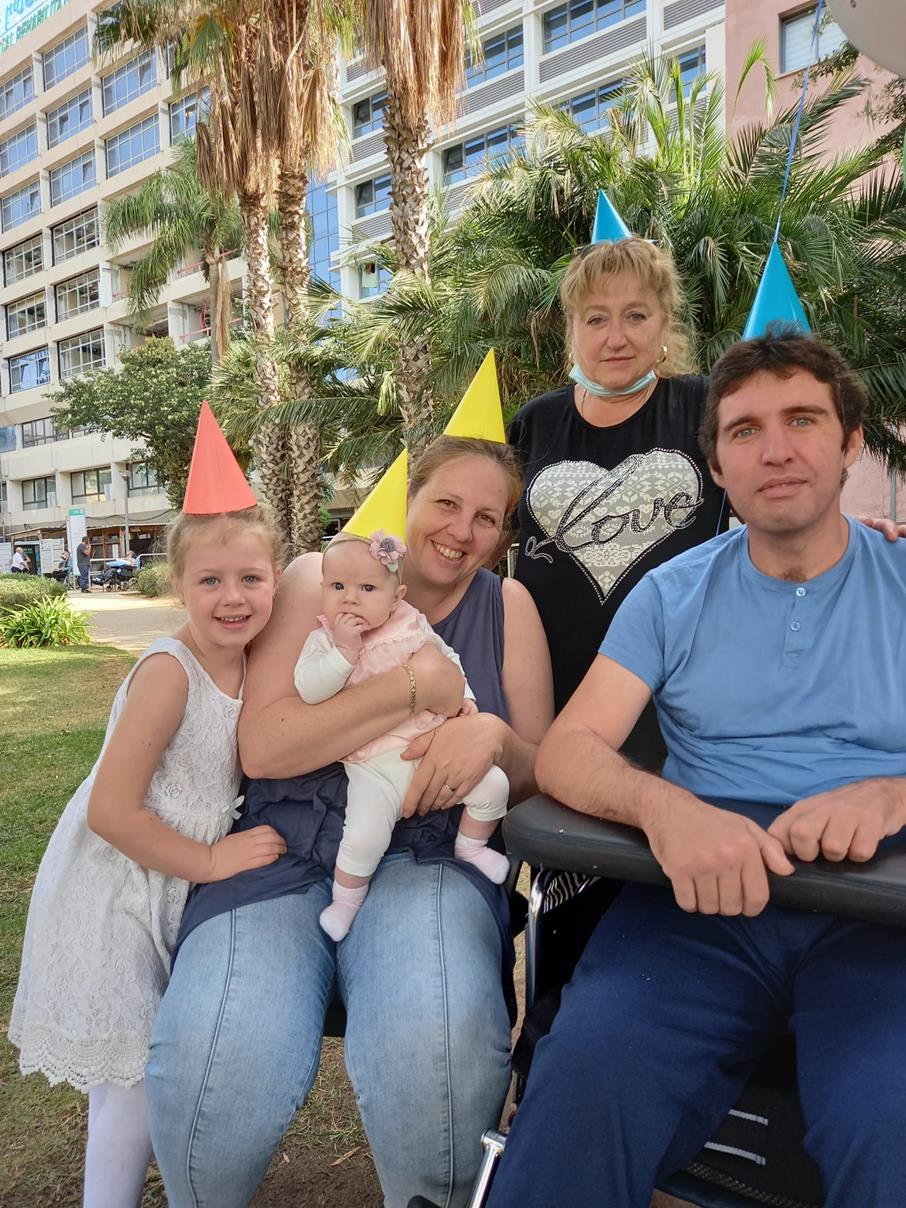 Victor celebrating his 36th birthday at the hospital 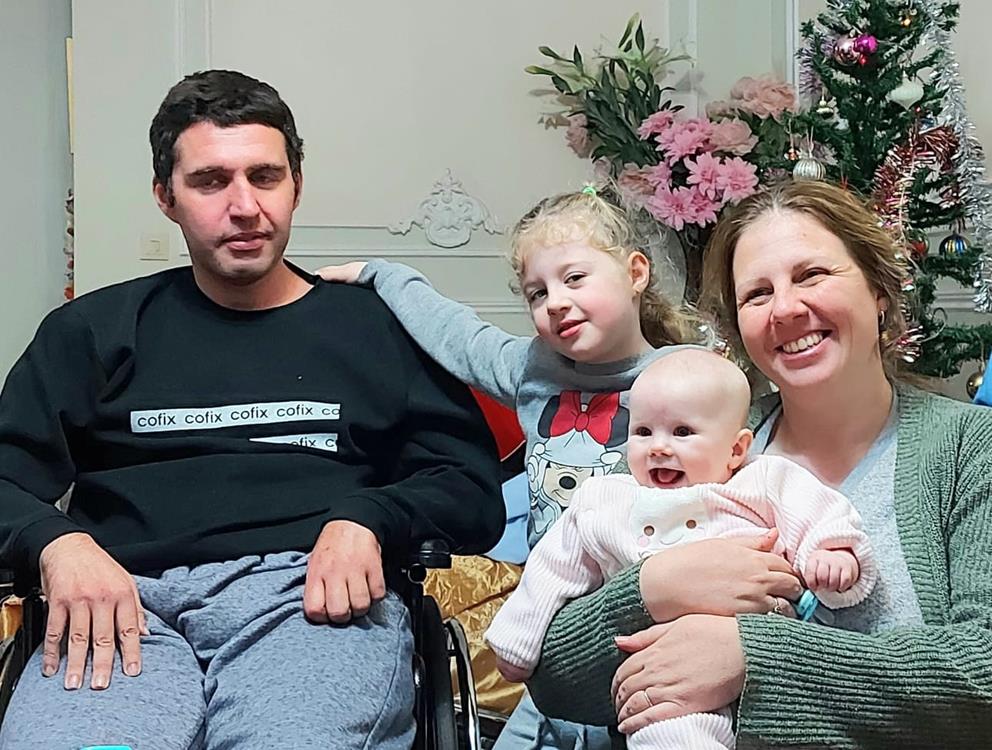 Would you please keep the Rosenzweig family in your prayers as well?

There seems to be no end to the needy who continue to seek help at FZS Jerusalem. One thing I’ve learned over the years, when you work with people who struggle to make ends meet, you realize that the majority of the people who live amongst us are oftentimes desperate with nowhere to turn for help and compassion. The immigrants try not to show their grief in order to maintain their dignity. It is only when we sit down and hear of their real-life challenges and hardships of starting over in a new country, that we again realize how much suffering many Olim must endure, day in and day out. Jobs are scarce, especially for new immigrants who can be seen as a threat to native-born Israelis looking for employment themselves. As a result, we often see highly educated and professionally qualified people from the FSU who have no other choice than to become low-paid house keepers, security guards or cleaners to survive. A Hebrew word “Nikayon” (house cleaning) is unfortunately one of the first Hebrew words every immigrant learns…

How thankful we are to be here in the center of Jerusalem to to offer some hope and a place of refuge in Yeshua’s name! Time and time again we see faces who come dejected and seemingly hopeless, leave our distribution center with smiles and the Shalom of being touched by the care and love they receive… We are so thankful that even in these turbulent times, the Lord is so good and faithful to keep our aid supply lines open!

Needy Olim who recently came to us for assistance in Jerusalem 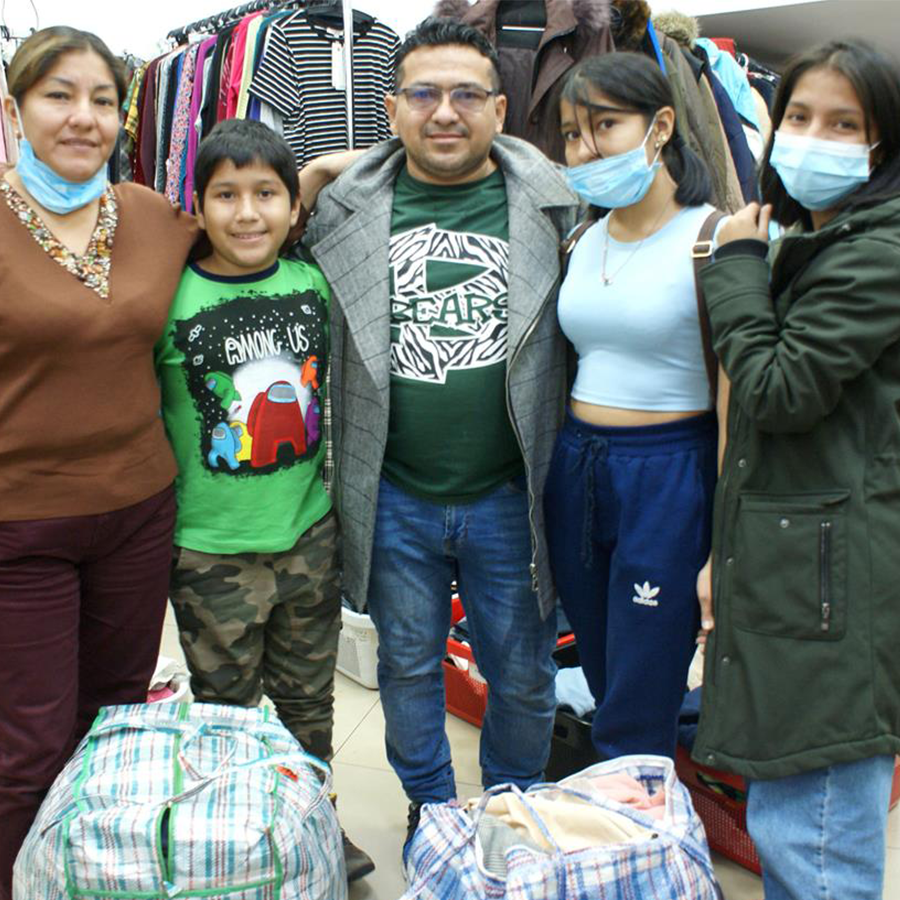 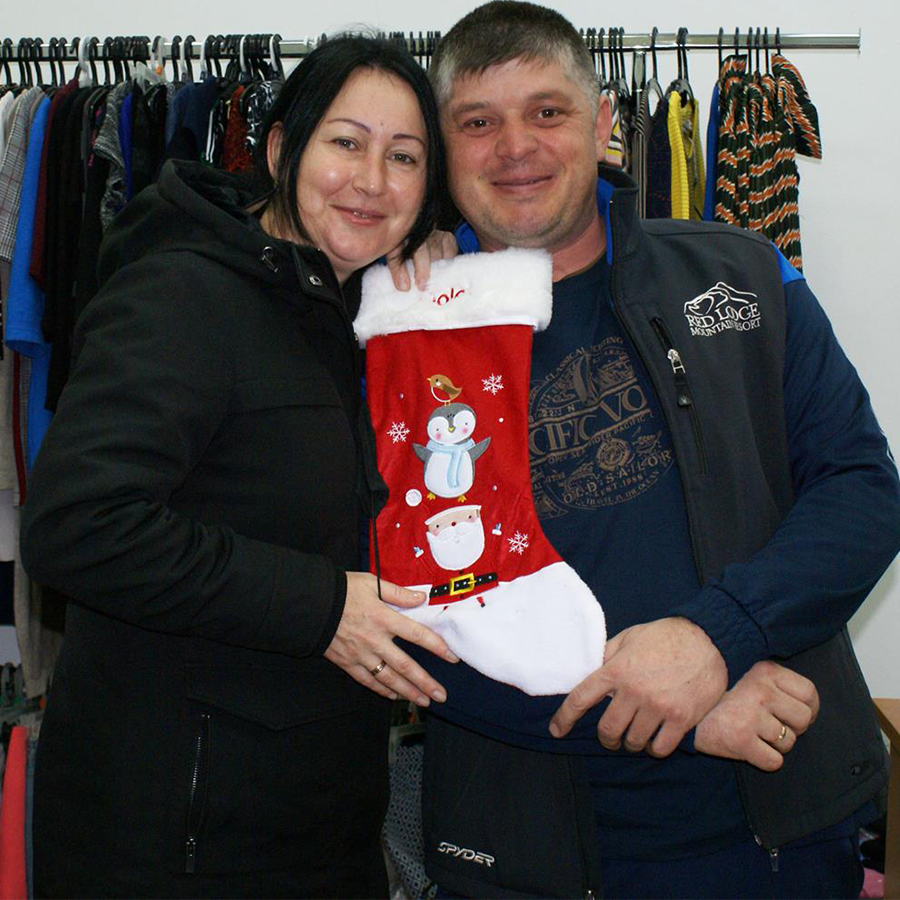 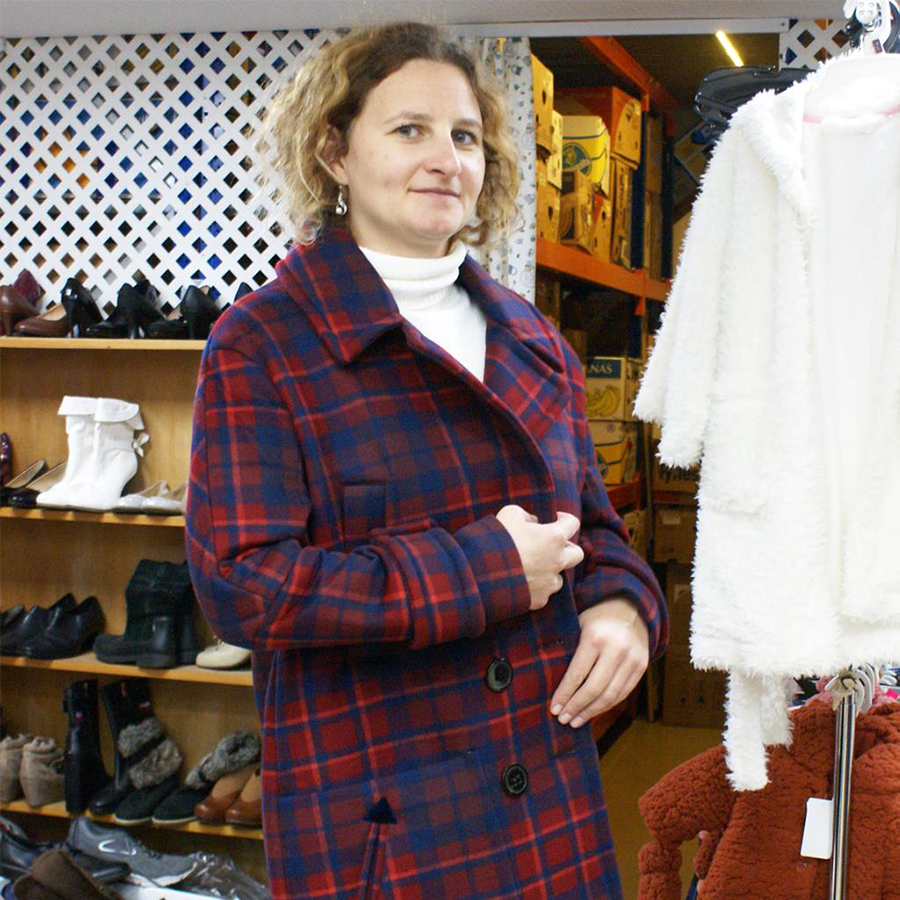 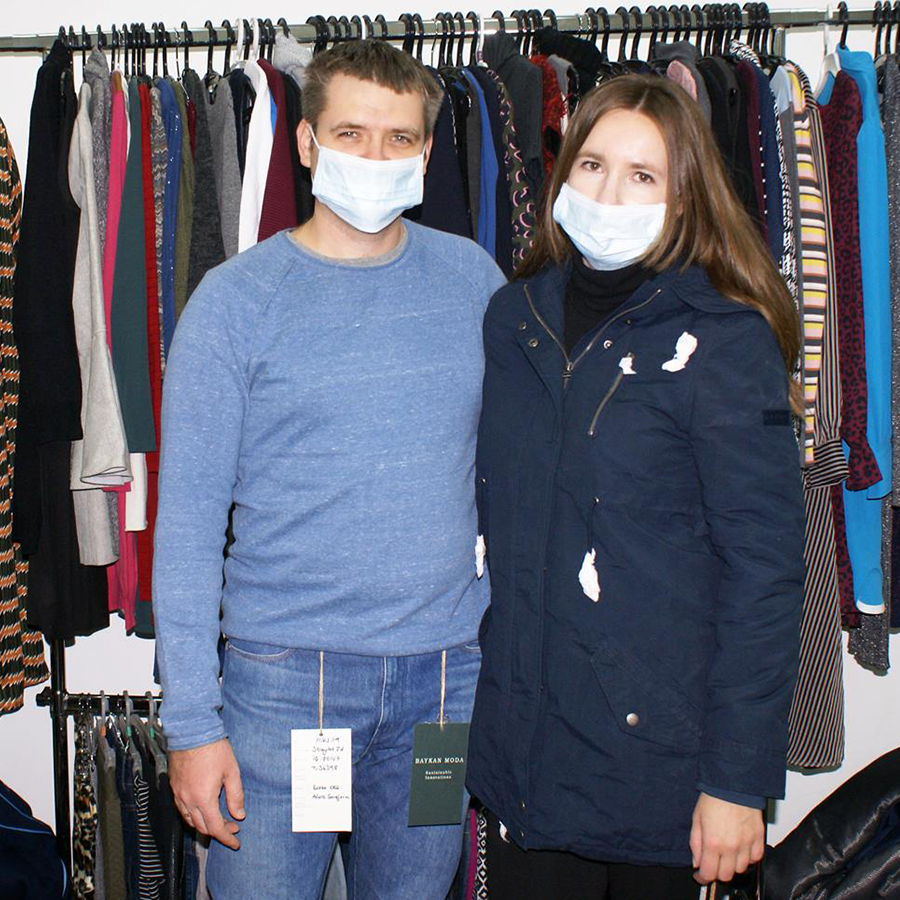 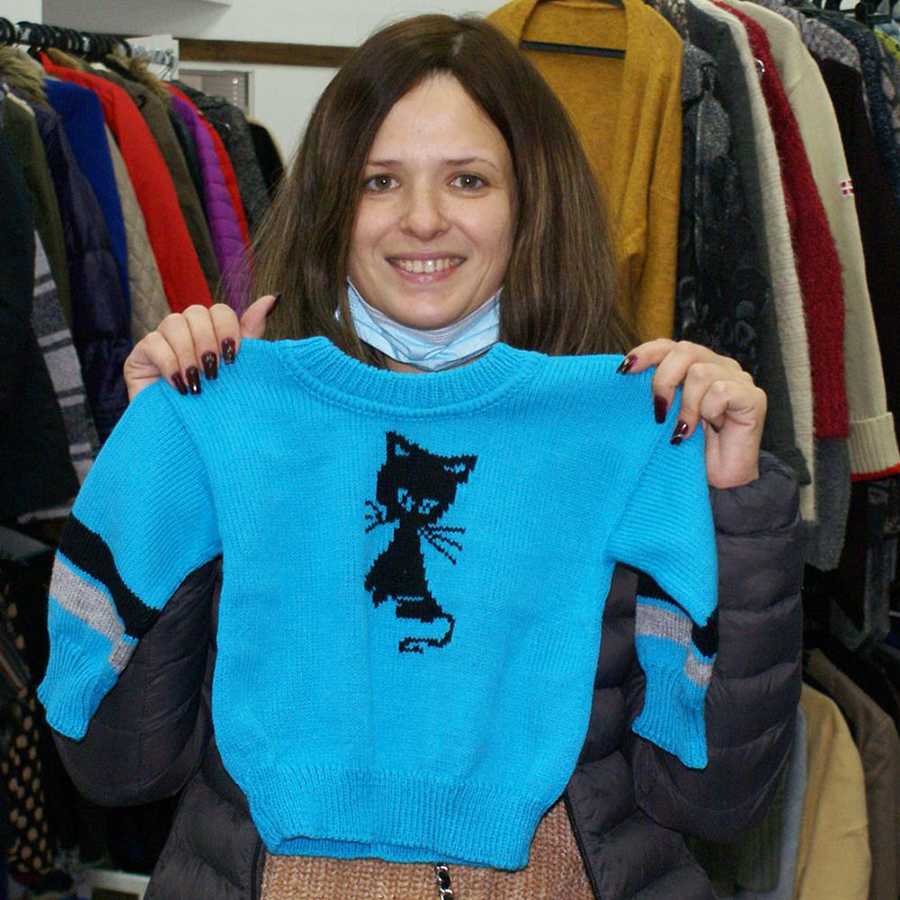 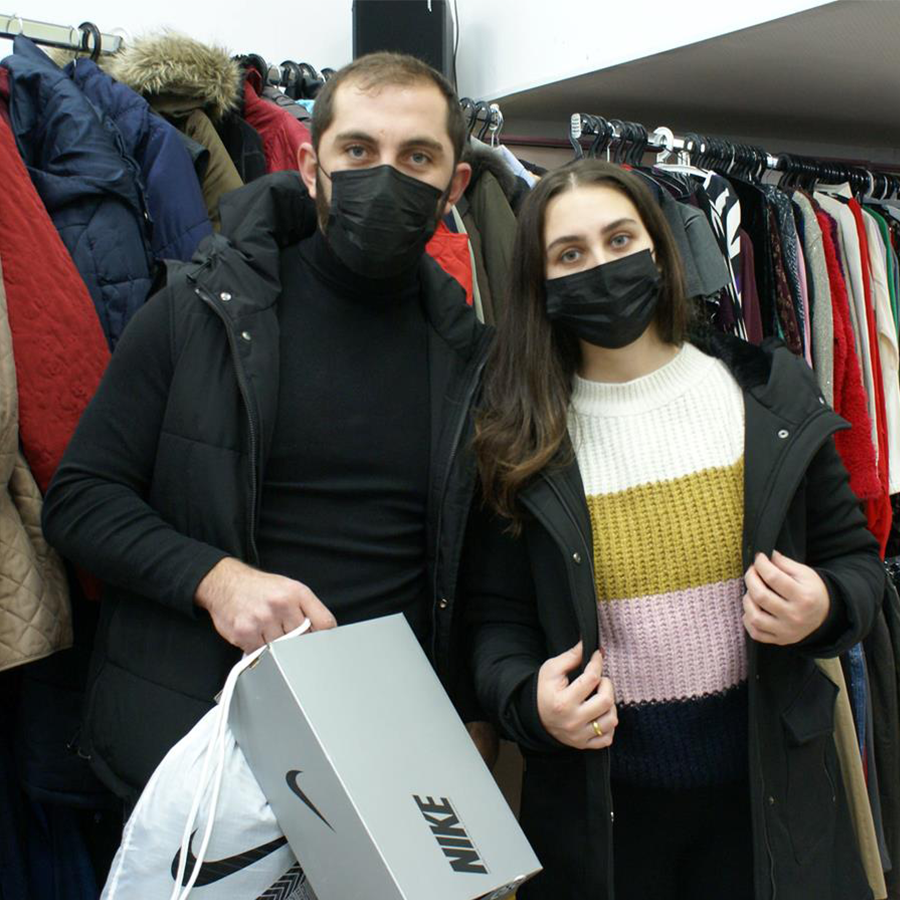 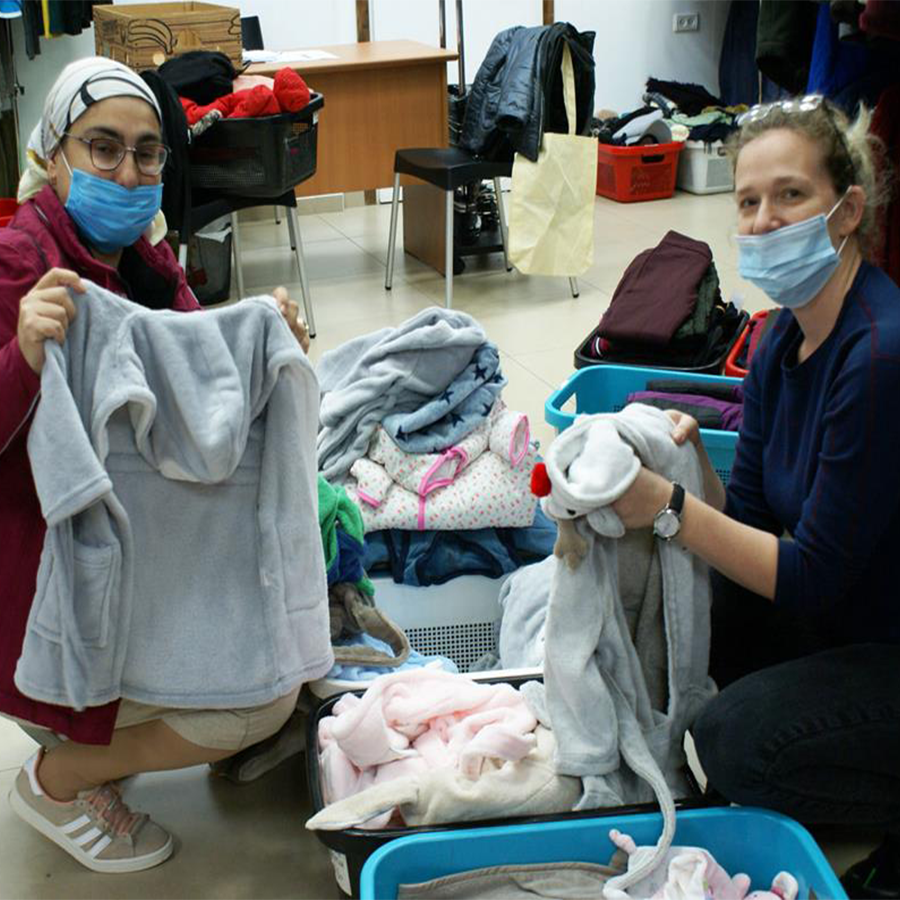 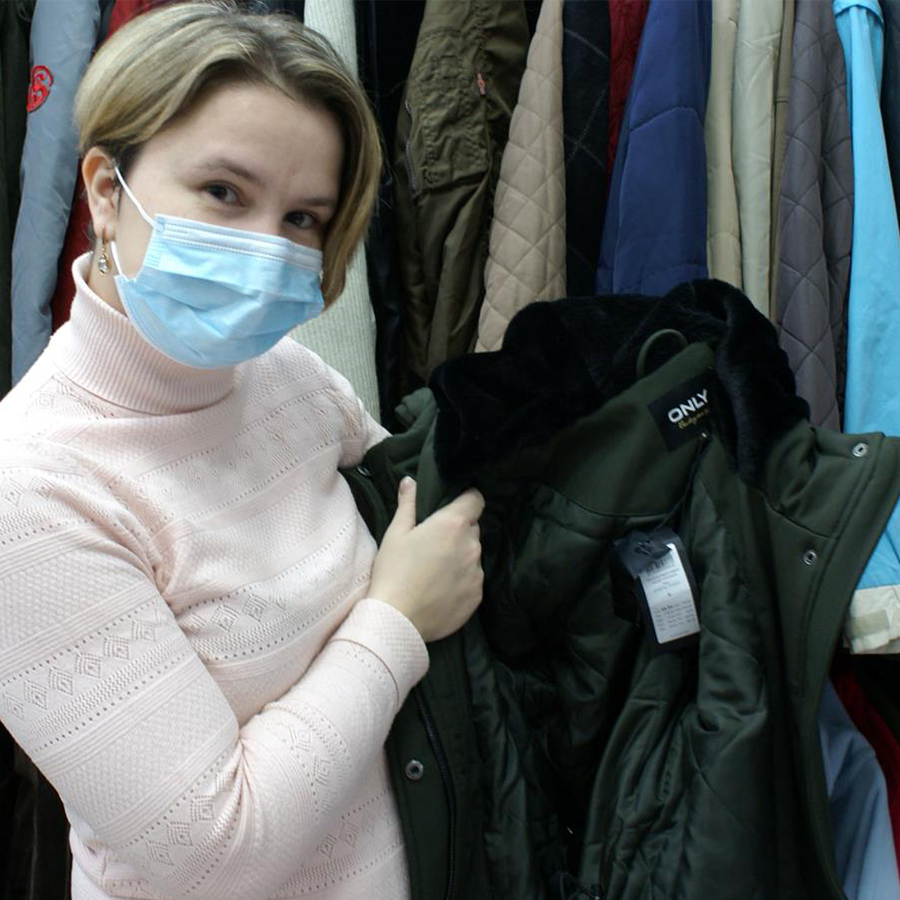 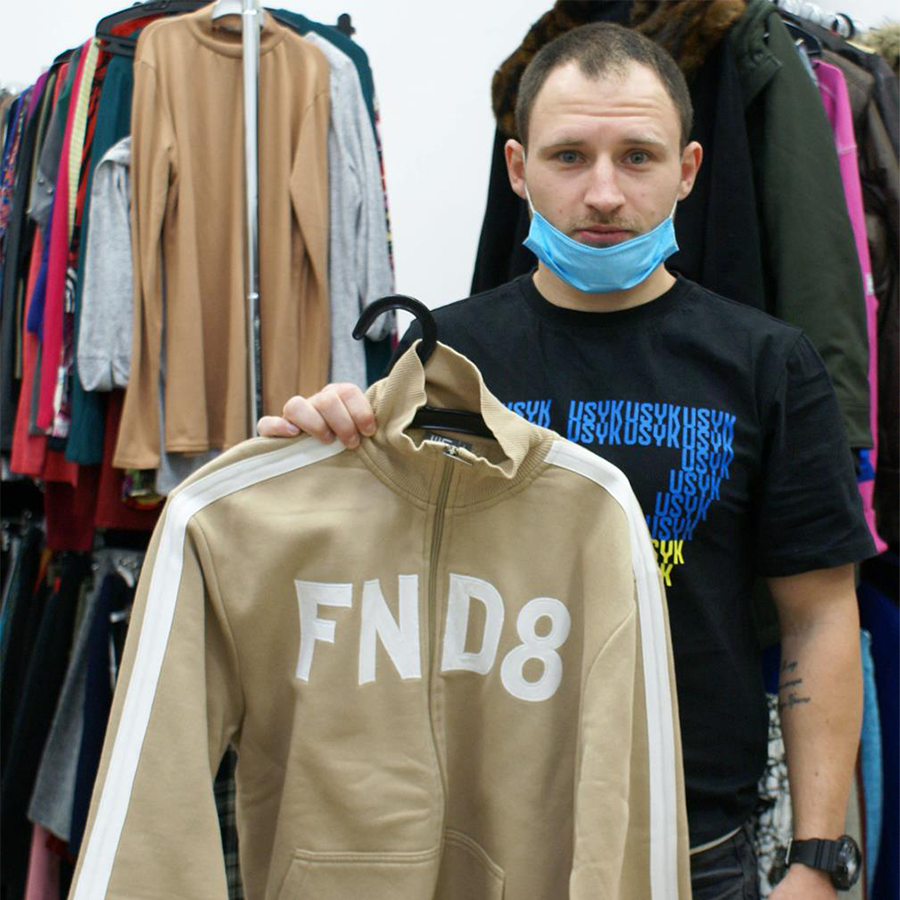 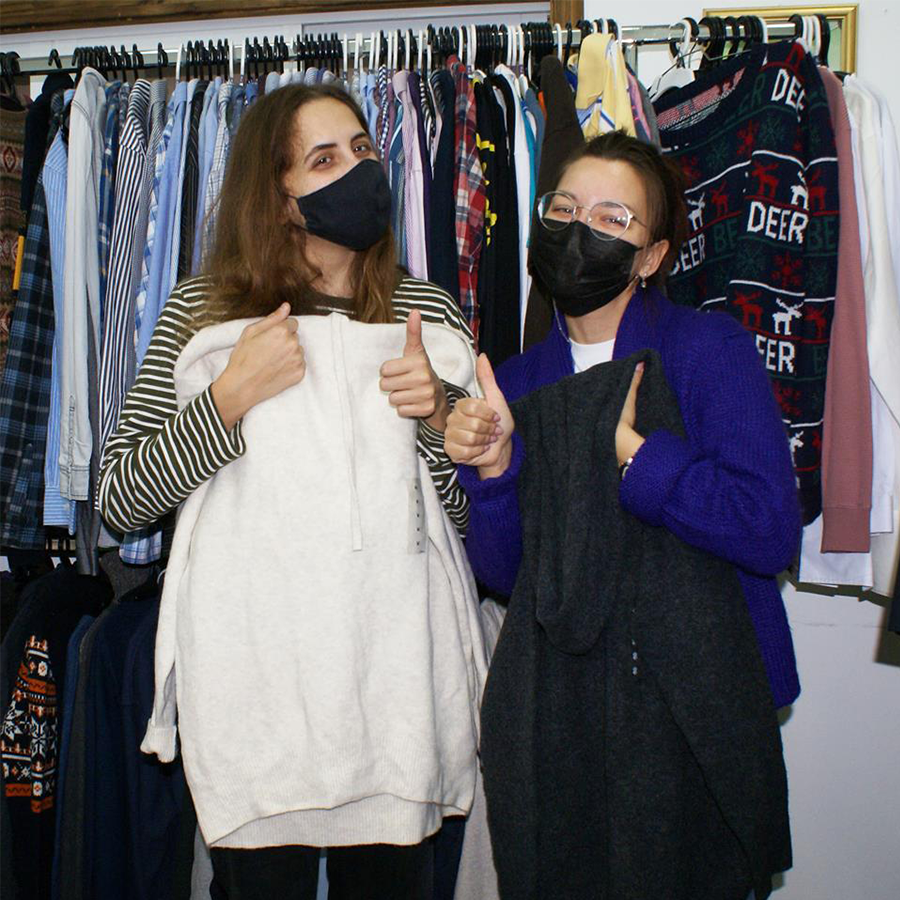 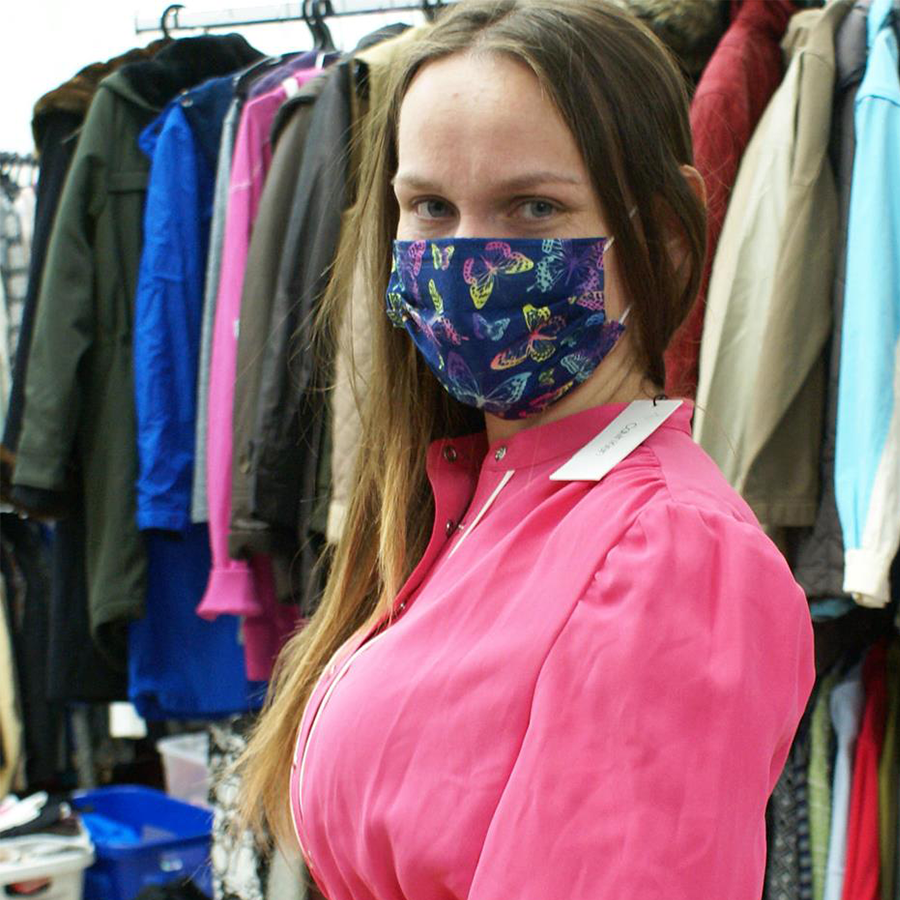 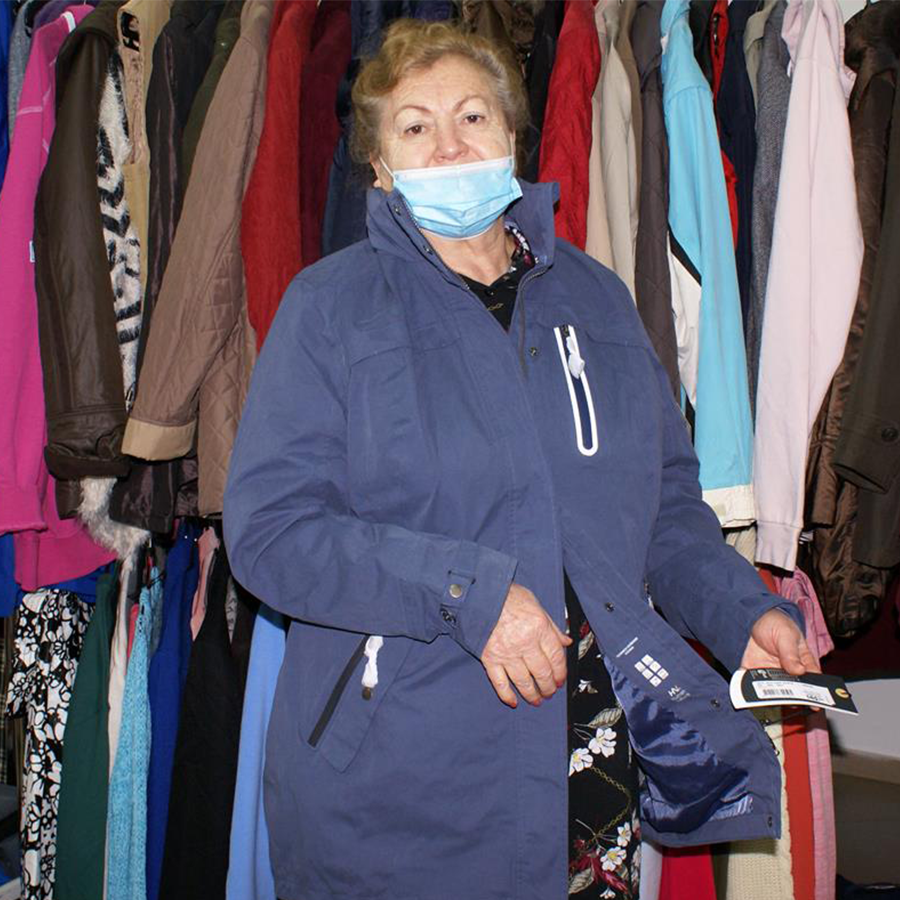 Thank you all so much for your love and faithfulness to the poor and needy who come to us at FZS in Jerusalem! What a privilege to reach out and physically touch those in need with His love and provision! Thank you for sharing in these blessings to the needy with us… Because we do it as unto Him!