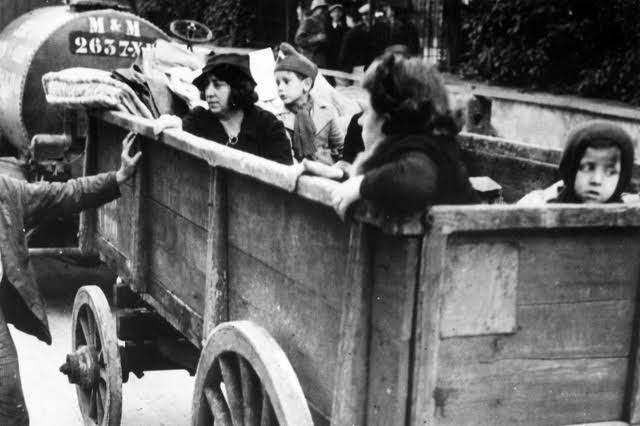 The reason I have included the following report in this FZS newsletter is to highlight the need for us to learn from past mistakes in order for us to prepare for the future. The question may pertain to us today, as it did for millions of Christians living in Germany, the Netherlands, France, Belgium and Switzerland from the mid 1930’s through 1945. The question, “A Jewish question”, involved individual responsibility and the willingness (or not) to open both heart and home/borders to those seeking asylum from extreme persecution and extermination. This is the sad story of Jews being rejected and turned away at the “neutral” Swiss border as they desperately tried to flee from Nazi Germany for survival. Unfortunately, most were captured and sent to their certain death in one of the many concentration camps…

Sadly, once again, Anti-Semitism is steadily rising in Europe and around the world. Perhaps now is the time for us believers in Yeshua to ask ourselves, “Is the boat full within my heart? Am I willing to risk my comfort and perhaps my own safety to help those who may be crying out to us for help in the near future?”

On September 25-26, 1942, the annual conference of Swiss immigration directors took place in Montreux. On the agenda was Switzerland’s policy towards the growing number of refugees trying to enter the country, specifically Jewish people fleeing the Nazis. Archive documents from 75 years ago make uncomfortable reading and show how the government’s policy of turning away desperate Jews at the Swiss border was controversial at the time and far from accepted by the rest of the country.

“Here, as elsewhere, it is undesirable for the Jewish population to exceed a certain proportion. Switzerland does not intend to let itself be led by the Jew, any more than it would like to be led by any foreigner… The Jew is not easily assimilated… Nor must one forget that many of them pose a danger to our institutions, being used to conditions in which the Jewish instinct for business has a tendency to run free.”

That was Heinrich Rothmund, head of the Federal Immigration Office between 1919 and 1955, speaking in Montreux. These comments reflect a letter written to Rothmund ten days earlier by Daniel Odier, a military police officer of the Territorial District of Geneva. (Swissinfo.ch)

“Many Jews newly arrived in Switzerland wish to start up businesses immediately and also want to engage in trade. These people’s correspondence clearly shows that they tell their friends and acquaintances to come join them in this paradise that is Switzerland, and the mere fact of accepting one in Switzerland gives ten others the chance to follow him here and get so settled in that we will have a lot of trouble getting rid of them. … These refugees have little discipline and often need to be dealt with very firmly if they are to respect the promises they made when they entered Switzerland.” 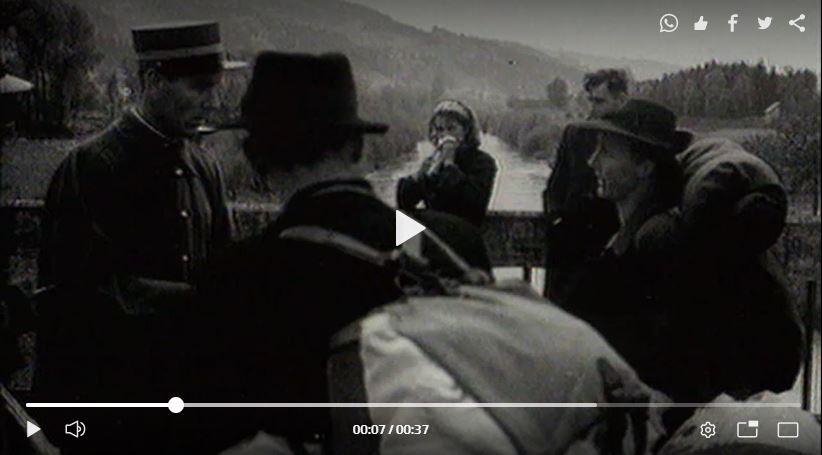 Six weeks earlier, on August 13, the government had effectively closed the border to Jews. “Political refugees, that is, foreigners who declare themselves as such when first questioned and can also provide proof, are not to be expelled. Those who seek refuge on racial grounds, as for example, Jews, are not considered political refugees,” it decreed.

According to the Bergier report, “there is proof that about 24,500 refugees were turned away at the border between January 1940 and May 1945”. In addition, it notes that “it was widely known after the summer of 1942 at the latest, that refugees who had been turned away would almost certainly be deported and killed”.

The decision on August 13 triggered protests among the public, some politicians on the left, relief agencies and religious groups of all denominations. On August 30, Justice Minister Eduard von Steiger delivered his “boat is full” speech to the Protestant Church of Zurich – this was the first time this metaphor had been used regarding refugees.

“Whoever commands a small life boat that is already quite full, of limited capacity, and with an equally limited amount of provisions, while thousands of victims of a sunken ship scream to be saved, must appear hard when he cannot take everyone. And yet he is still humane when he warns early against false hope and tries to save at least those he had taken in,” he said.

Thank God there were exceptions to the rule such as in the case of Carl Lutz, the Swiss diplomat who saved thousands of Jews. 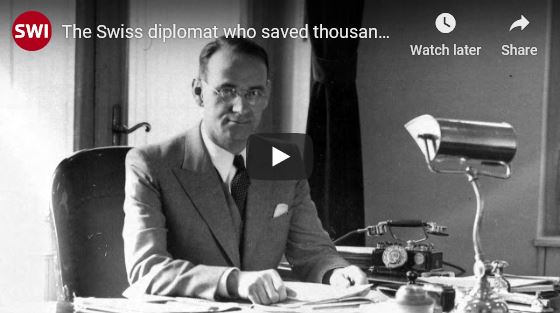 Yeshua said, “Follow me and I will make you fishers of men”. The idea behind fishing is to know the fish you are looking for and attract them so you can make the catch. To catch a fish we must know what equipment to use, the habitat and depth of the water we are fishing in, as well as the kind of bait the fish will go after.

For us at FZS, our warehouse brings many Jewish and non-Jewish immigrants alike from all over the world who come to us for assistance. Our clothing and aid distribution along with sincere love and charity of our Lord is what draws them to us… The really Good News is that the fish are biting!

Here are some recent pics of New Olim receiving aid at our warehouse. 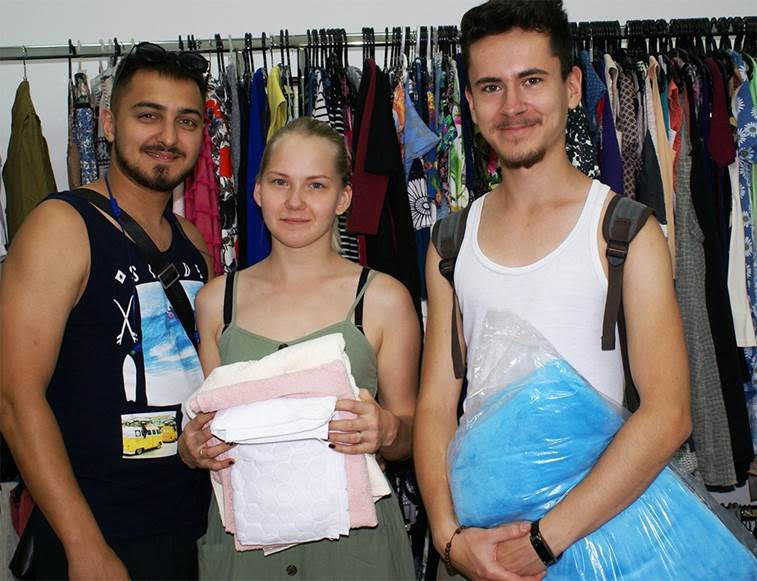 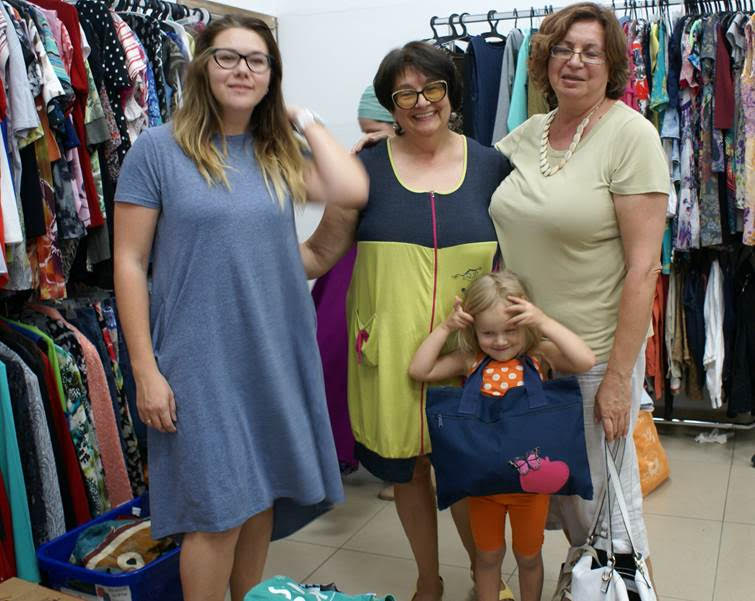 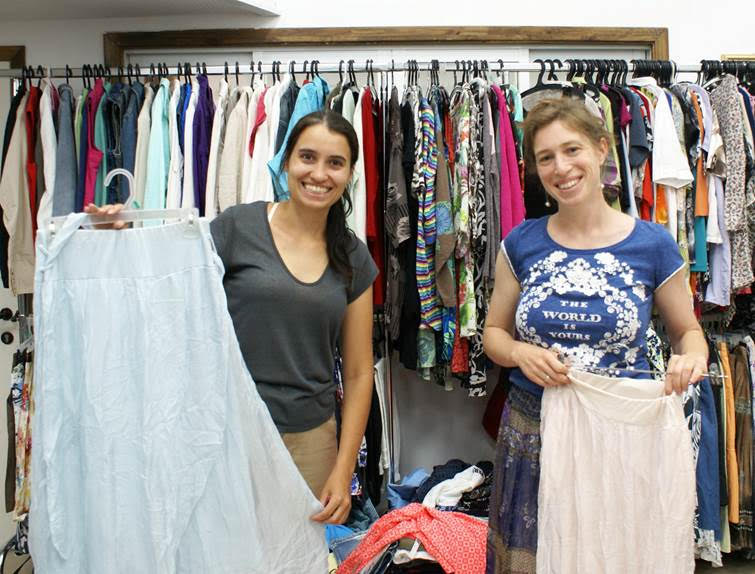 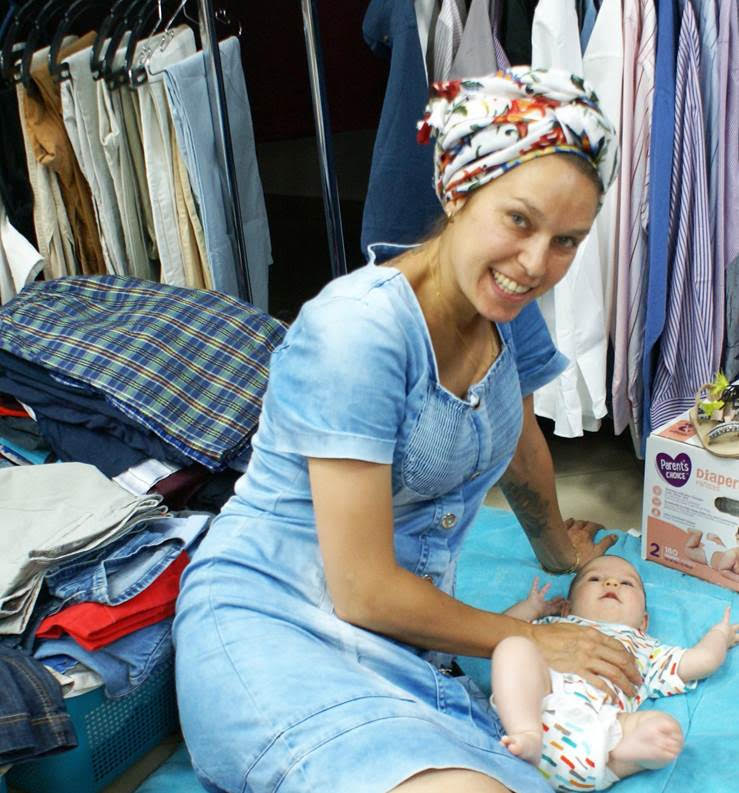 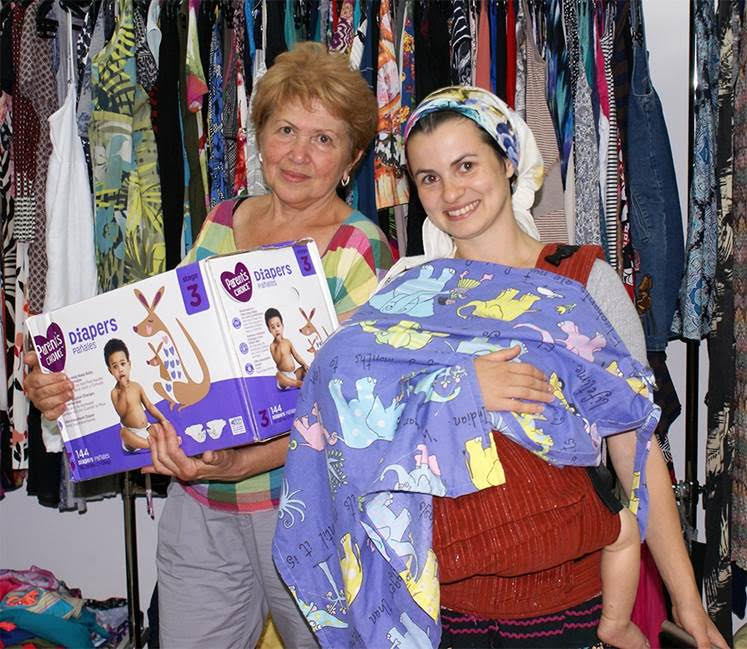 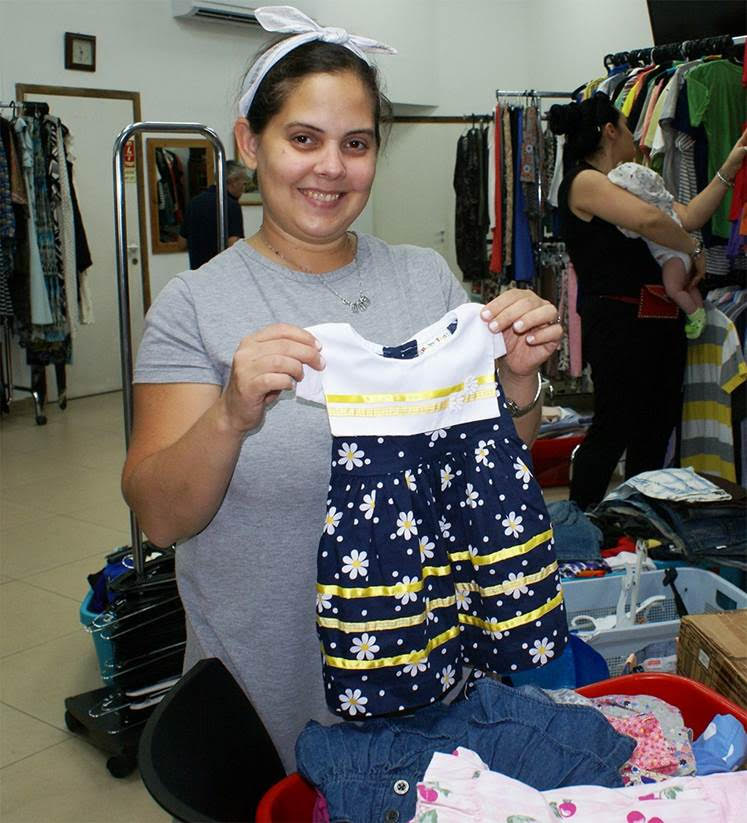 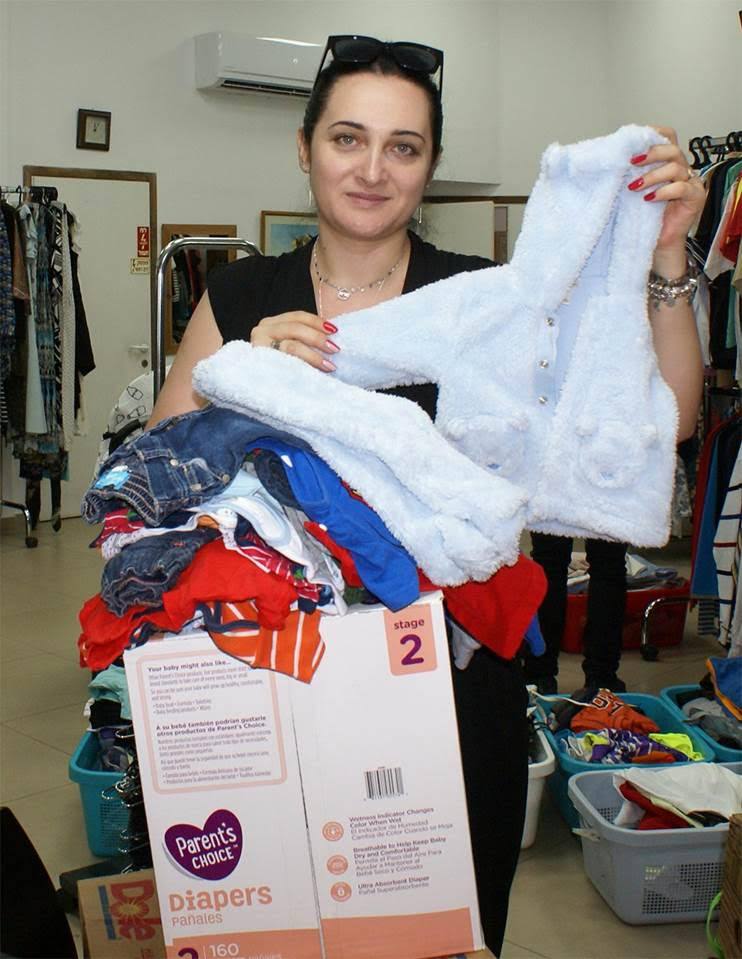 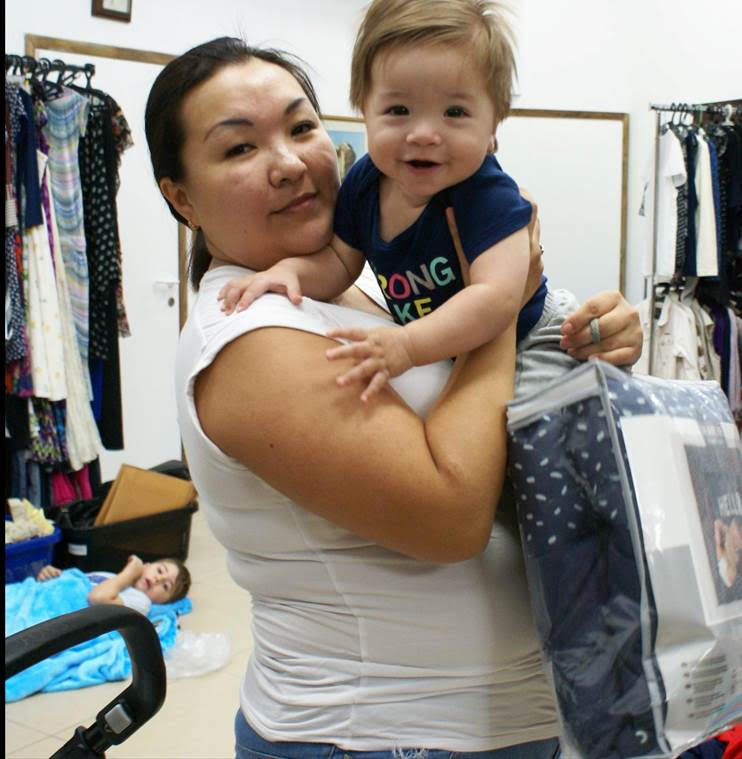 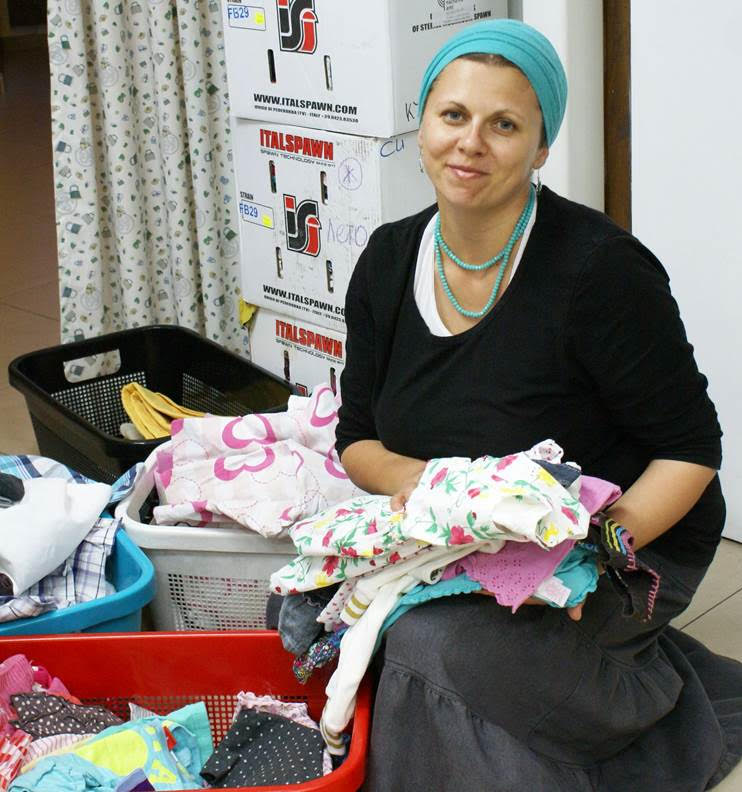 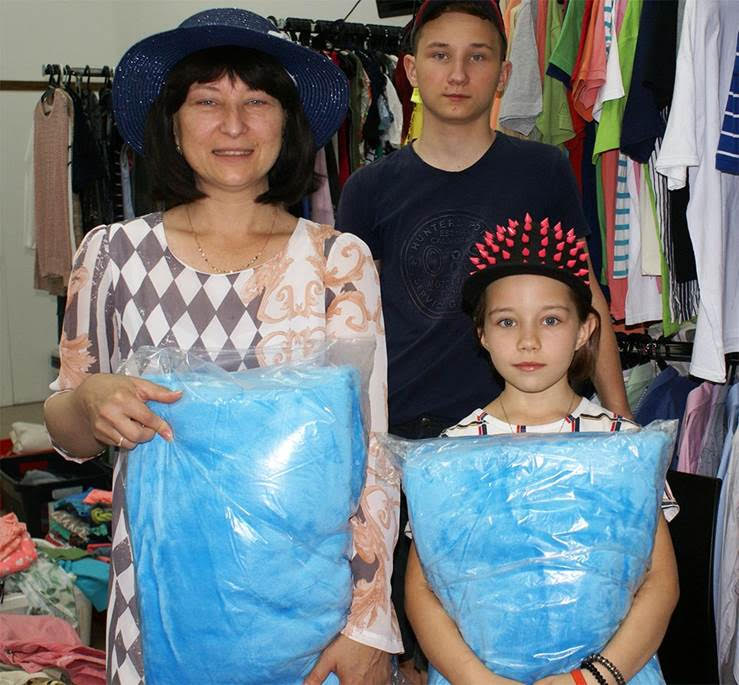 We faithfully continue to bless the new immigrants who come to us in need with our clothing distribution outreach here at our For Zion’s Sake center. We are still able to bless with aid from the last container we received from Nachamu in Holland, however supplies are beginning to run low and we ask for prayer for another provision of a 40ft container filled with quality clothing. We are so thankful to you who help us to continue to receive these containers that allow us the opportunity of blessing so many in need, both physically and spiritually. THANK YOU!

We would also ask that you please, please continue to pray for little Yulia who you already know from past newsletters. Sadly, her cancer has returned and doctors now say that metastasis has started to spread to her lungs… 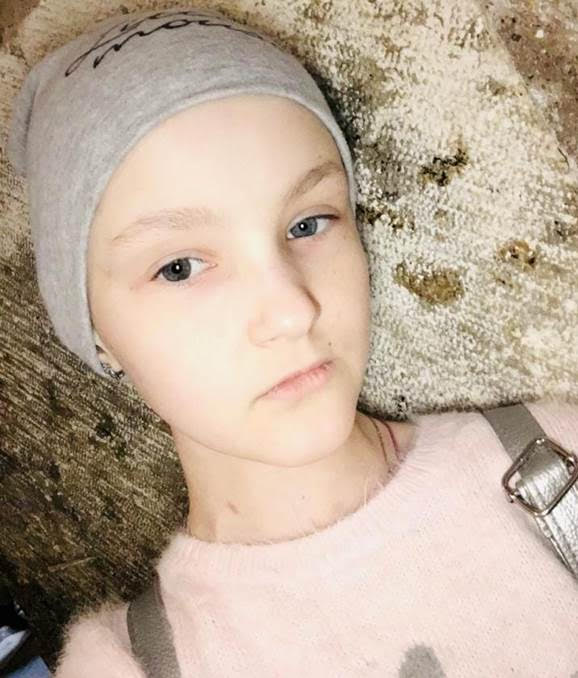 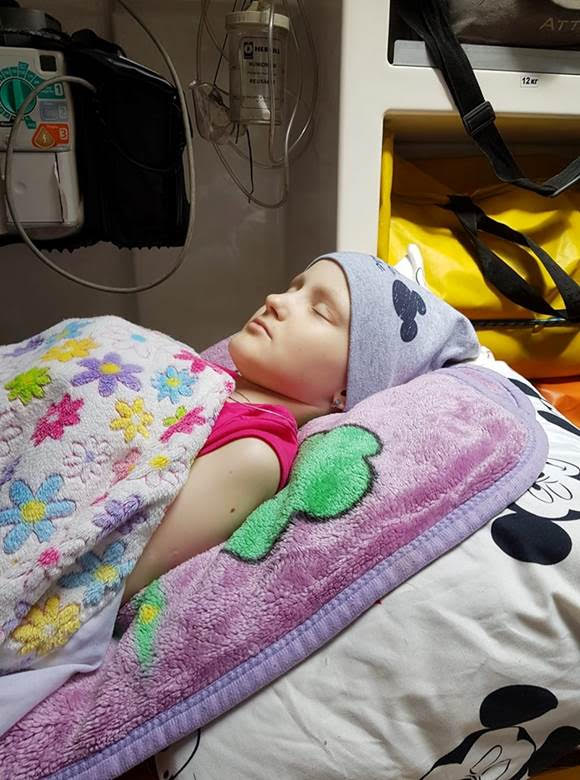 Thank you very much for your love, prayers and faithful support to FZS as we continue to reach out with the love of Yeshua to the Lost Sheep of the House of Israel!