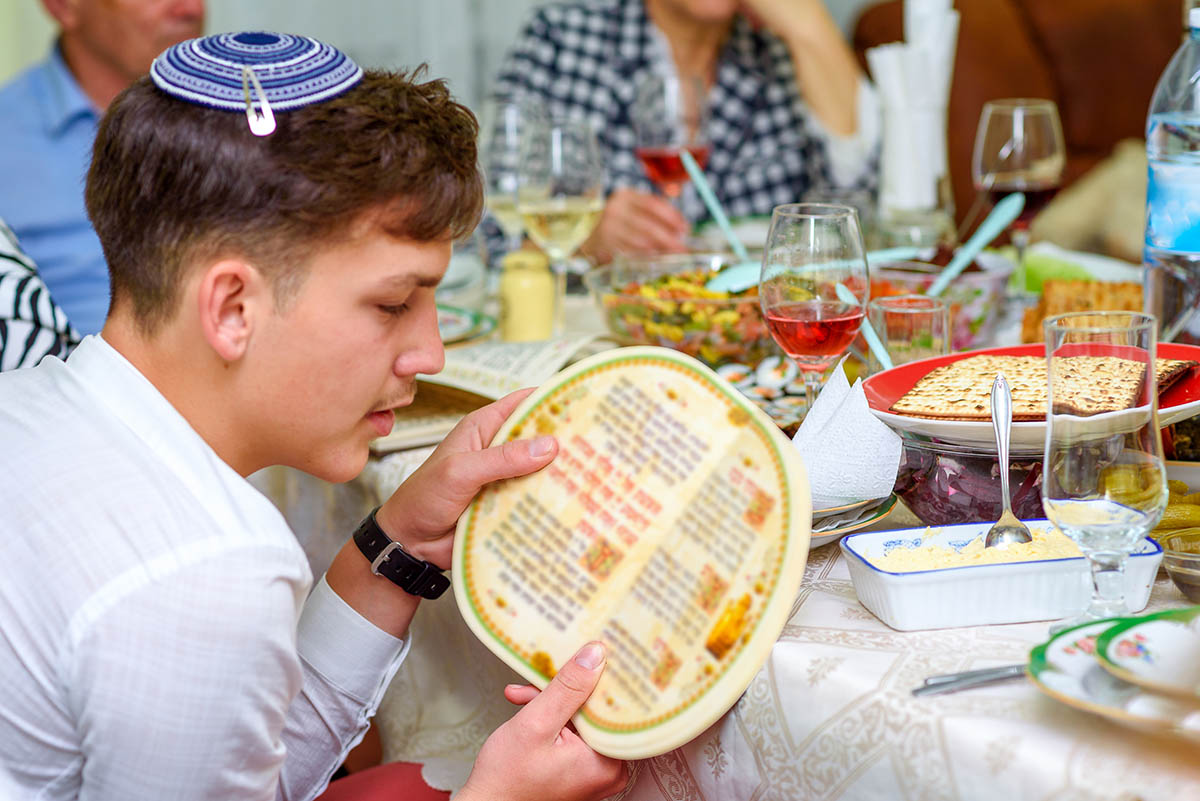 We wish all of you who love Zion and pray for the Peace of Jerusalem,

a very Happy and Blessed Passover!

The writer of the book of Hebrews tells us that the Word of God is alive and powerful, and sharper than any two-edged sword. If indeed this is true, the Bible is more than just an ordinary book of stories, documentaries and historical accounts, meant to entertain and fascinate its readers. Rather, the Bible is unparalleled in importance because the book itself is a Living Entity which is able to bring its readers to divine truth and eternal life.

When my kids were young, I watched a children’s fantasy movie together with them called, “The Never Ending Story”. This was a mystical story of an unusual book that when read, it would draw the reader into the very story itself to actually become one of the characters of the plot, and like most children’s stories it is a classic battle of good vs evil. I remember telling myself when watching the movie that this somehow also parallels the reading of the Bible and how its readers who believe the Word, enter a doorway (Yeshua) into the truths of God’s eternal kingdom.

That is why I think we can never emphasis enough the importance of studying God’s Word, as it is literally the difference of our spiritual life and death!

This week I received the following letter/statements from a prominent Messianic leader who lives in Israel and who has a successful congregation in Jerusalem. Here he emphatically states his position on church history and “denominationalism”… I have never accepted the theology or the greatness of denominational Christianity. For me, as a Jewish disciple of Yeshua, I could never accept the denominations because of the following reasons:

– None of them are in the Bible.

– They are all man made and follow men who were evil and anti-Jewish and burned people like Calvin did to Michael Servetius, and like Luther who commanded the Jews to be burned inside their synagogues.

– There is nothing uglier than European Christian History. They all hated Jews and persecuted the Jews and these same denominations didn’t lift a finger during the Second World War to stand by their Jewish neighbors; in fact they cheered the Nazis as they burned synagogues and Jewish Holy Books and Torah Scrolls. I owe Christian Denominations nothing other than disdain.

– The only authority for my life and for my relationship to the LORD GOD of ISRAEL and to YESHUA THE MESSIAH – THE DIVINE SON OF GOD. I don’t need anything more than the Word of God. The denominations have no authority over me. Did the Apostles, Paul or Peter or Jacob the Brother of Yeshua, every call themselves Christians? Was Paul a Presbyterian or a Baptist, or perhaps Paul said or wrote: I am a Pentecostal?

I don’t have one ounce of respect or honor for church history. I have read and studied church history deep and wide and all I have found in that history is blood sweat and tears. Christian history is one long saga of hate and war, both spiritual and physical, and killing in the name of God and above all, persecution of Jews. The few Christians who understood the place of Israel and stood for the Jews is so small that it can’t expiate the bloody Christian church. This of course goes for all the churches including the churches of Christ and the evangelicals and pentecostals. The new movement of Christians who believe in The Return of the Jewish people home to Zion stared after 1967 is the only small light at the end of the dark and smelly Christian tunnel that leads western civilization to perdition. The majority of Christianity and especially the Protestant denominations is against Israel and still more anti-Jewish than the Catholic Church after the Nosta Etate proclamation. There is more hope that the Catholic Church will see the light than the bastardized daughters of this church, the Protestant denominations.

Yeshua will return to Zion, HE will return as a Jew and Jews will welcome HIM and take HIM down to the Jordan river to be purified from all the Christian traditions and idolatry and bring Yeshua to Jerusalem to reign forever. The nations (Goim) will fulfill the promises of Isaiah and Ezekiel and Zechariah and come to Jerusalem to worship The God of Abraham and receive the Torah and the Word of the Lord. No idols of Mary will be worshiped here and no Jew will remain hanging on a wooden cross. There will be no Presbyterian churches nor Baptist churches nor churches of Christ.

Please tell us your thoughts?

Last week, we received another 20 ft. container of clothing and aid from Estonia. These aid containers are the lifeline of our outreaches and we are very thankful for all what the Lord provides. We are also thankful for the volunteers including members of our congregation who came to help us unload and stack all the boxes. Here are a few pictures of the excitement… We also wanted to highlight some of the families that have come to us this month for humanitarian assistance during our clothing and aid distribution days at our FZS warehouse. Many of the families we serve on a daily basis have just arrived in Israel as new immigrants and they are in need of the basics necessities (such as diapers, blankets, food coupons and clothing) for starting life over here in their new home… I wish we could share with you the warm smiles and thankful hugs we receive from them as well! Here at FZS we also have the privilege to host tour groups and work teams that come to visit and bless us while they are in Israel. Last week we had a work team from Mann Int. Ministries who came to help us re-roof our FZS warehouse. We are so thankful to Christopher Mann and team for all they did to serve with joy! The group from Mann International visiting with a Holocaust Survivor Luda’s situation continues to worsen, after many rounds of chemotherapy, she is very weak and tired. Luda is no longer able to come to the warehouse and it is difficult for her even to answer the phone. Please continue to lift Luda up in your prayers!!!

We will be hosting another group of Holocaust Survivors from April 24th – May 1st. This group will be coming from the Haifa Association of Ghetto and Concentration Camp Survivors. We appreciate your prayers for open doors and hearts for them to share their testimonies. Please also pray for our personal times together, for healing of past wounds and many opportunities to share Yeshua’s love with them. Inviting Survivors from Haifa and Cambodia to the “Lights of the World” conference in the Philippines in July with the goal to bring awareness of the rise of Anti-Semitism and help fight global racism and xenophobia.

Alexander from the group of the Jerusalem Holocaust Survivors is willing to send 3 to 6 Survivors to the Philippines. Alexander also said that they had very good experiences during previous advocacy visits to the Netherlands, Germany, Switzerland, and the Ukraine. So let us pray and work together that their experience in the Philippines will be wonderful as well.

Lights of the World Bringing Hope to the Nations

I do believe that this conference is part of God’s plan for something bigger yet to come. A.J. said that during Hanukkah, she had a vision regarding the conference wherein she saw the Survivors who had endured the worst atrocities against humanity as lights in a world of darkness and that she believes that they were spared so that they may become witnesses to enlighten us. In return, we become light to them coming from their dark past.

The vision and overall aim is healing, reconciliation, and the prevention of future catastrophes. We will create a venue for the witnesses of social injustice to share their experiences, sadness, and pain and for those who have overcome their past, to tell us how they were able to overcome and say “No” to hatred. Hopefully, in the process, this will bring healing for the conference participants, the witnesses themselves, and all of us and thus promote peace and understanding rather than hatred, violence, and discrimination.

Thank you so much for your faithful prayers and support to FZS Ministries that make these outreaches possible!