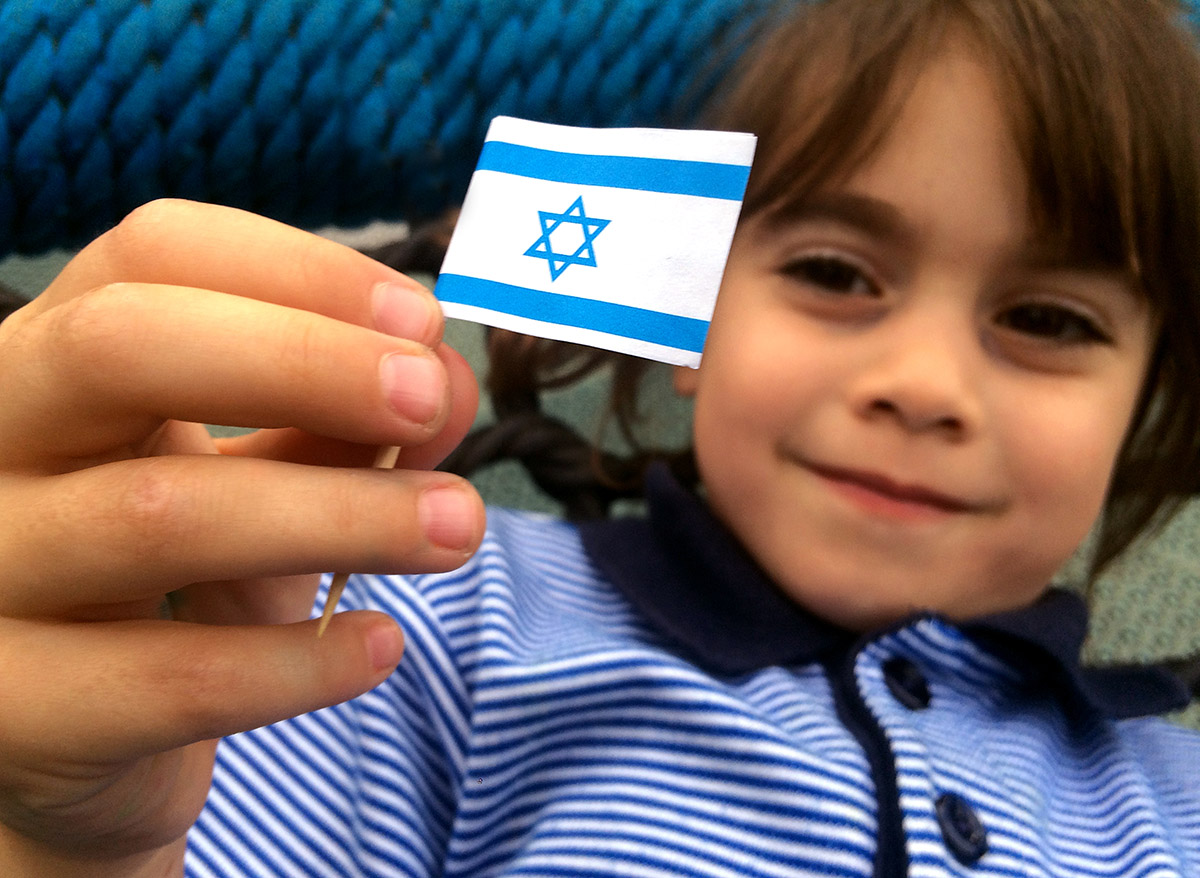 For God will save Zion And build the cities of Judah, That they may dwell there and possess it. Also, the descendants of His servants shall inherit it, And those who love His name shall dwell in it. (Ps 69:35-36)

I am a Zionist.- I believe that the Jewish people established itself in the Land of Israel, albeit somewhat late. Had it listened to the alarm clock, there would have been no Holocaust, and my dead grandfather – the one I was named after – would have been able to dance a last waltz with grandma on the shores of the Yarkon River.

I am a Zionist. – Hebrew is the language I use to thank the Creator, and also to swear on the road. The Bible does not only contain my history, but also my geography. King Saul went to look for mules on what is today Highway 443, Jonah the Prophet boarded his ship not too far from what is today a Jaffa restaurant, and the balcony where David peeped on Bathsheba must have been bought by some oligarch by now.

I am a Zionist. – The first time I saw my son wearing an IDF uniform I burst into tears, I haven’t missed the Independence Day torch-lighting ceremony for 20 years now, and my television was made in Korea, but I taught it to cheer for our national soccer team.

I am a Zionist. – I believe in our right for this land. The people who were persecuted for no reason throughout history have a right to a state of their own plus a free F-16 from the manufacturer. Every display of anti-Semitism from London to Mumbai hurts me, yet deep inside I’m thinking that Jews who choose to live abroad fail to understand something very basic about this world. The State of Israel was not established so that the anti-Semites will disappear, but rather, so we can tell them to get lost.

I am a Zionist. – I was fired at in Lebanon, a Katyusha rockets missed me by a few feet in Kiryat Shmona, missiles landed near my home during the first Gulf War, I was in Sderot when the Color Red anti-rocket alert system was activated, terrorists blew themselves up not too far from my parents’ house, and my children stayed in a bomb shelter before they even knew how to pronounce their own name, clinging to a grandmother who arrived here from Poland to escape death. Yet nonetheless, I always felt fortunate to be living here, and I don’t really feel good anywhere else.

I am a Zionist. – I already laid down on my back to admire the Sistine Chapel, I bought a postcard at the Notre-Dame Cathedral in Paris, and I was deeply impressed by the emerald Buddha at the king’s palace in Bangkok. Yet I still believe that Tel Aviv is more entertaining, the Red Sea is greener, and the Western Wall Tunnels provide for a much more powerful spiritual experience. It is true that I’m not objective, but I’m also not objective in respect to my wife and children.

I am a Zionist. – I am a man of tomorrow but I also live my past. My dynasty includes Moses, Jesus, Maimonides, Sigmund Freud, Karl Marx, Albert Einstein, Woody Allen, Bobby Fischer, Bob Dylan, Franz Kafka, Herzl, and Ben-Gurion. I am part of a tiny persecuted minority that influenced the world more than any other nation. While others invested their energies in war, we had the sense to invest in our minds.

I am a Zionist. – I sometimes look around me and become filled with pride, because I live better than a billion Indians, 1.3 billion Chinese, the entire African continent, more than 250 million Indonesians, and also better than the Thais, the Filipinos, the Russians, the Ukrainians, and the entire Muslim world, with the exception of the Sultan of Brunei. I live in a country under siege that has no natural resources, yet nonetheless the traffic lights always work and we have high-speed connection to the Internet.

I am a Zionist. – My Zionism is natural, just like it is natural for me to be a father, a husband, and a son. People who claim that they, and only they, represent the ”real Zionism” are ridiculous in my view. My Zionism is not measured by the size of my kippa, by the neighborhood where I live, or by the party I will be voting for. It was born a long time before me, on a snowy street in the ghetto in Budapest where my father stood and attempted, in vain, to understand why the entire world is trying to kill him.

I am a Zionist. – Every time an innocent victim dies, I bow my head because once upon a time I was an innocent victim. I have no desire or intention to adopt the moral standards of my enemies. I do not want to be like them. I do not live on my sword; I merely keep it under my pillow.

I am a Zionist. – I do not only hold on to the rights of our forefathers, but also to the duty of the sons. The people who established this state lived and worked under much worse conditions than I ave to face, yet nonetheless they did not make do with mere survival. They also attempted to establish a better, wiser, more humane, and more moral state here.They were willing to die for this cause, and I try to live for its sake.

By Yair Lapid, the leader of Yesh Atid, (עתיד‎ יש, There is a Future) the second largest party in the 2013 Israeli elections.