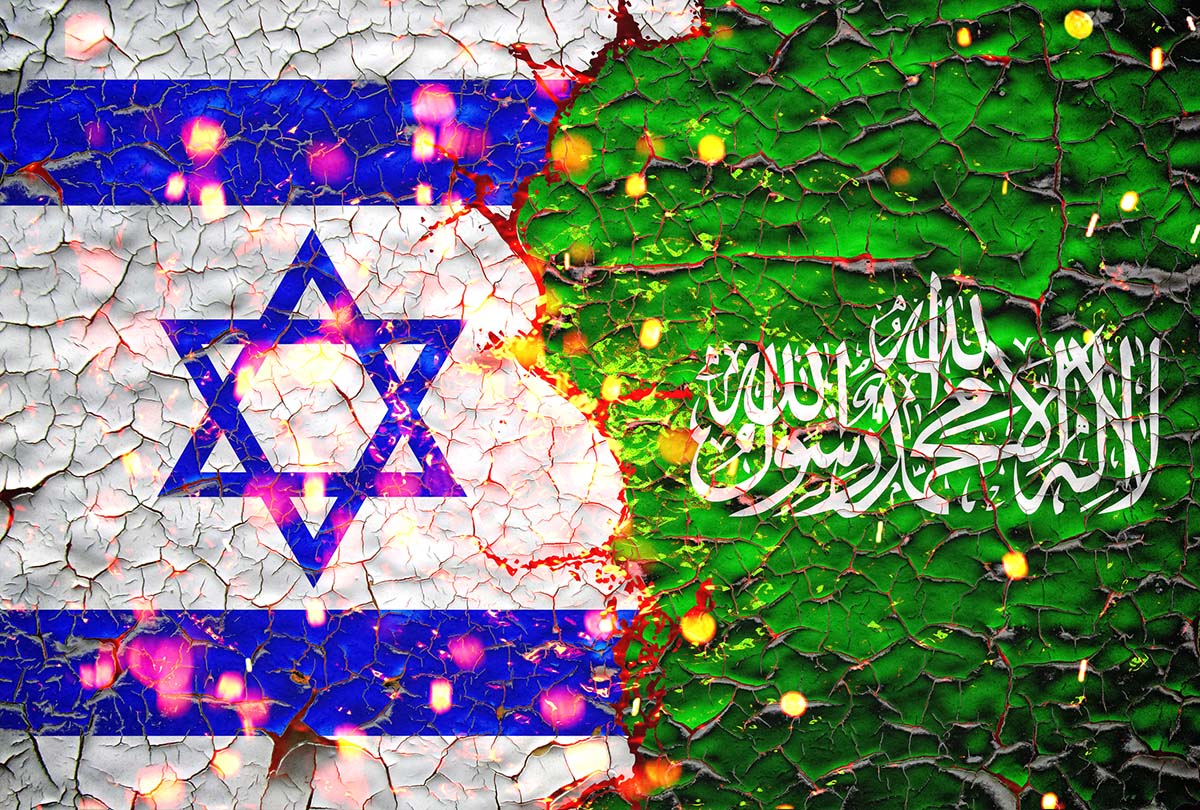 Behold, he that keeps Israel, shall neither slumber nor sleep. (Ps. 121:4)

Multiple media outlets report that Hamas’s offensive tunnel network – now known to have been composed of over forty attack tunnels dug underneath Israel’s border with the Hamas-controlled Gaza Strip – was set to be activated during the Jewish High Holidays of Rosh Hashana (September 24th) as a mass terror attack.

The attack was intended to generate as many as ten thousand casualties, men, women and particularly children and hundreds of captives. Explosives were particularly placed underneath kindergartens to make certain that these “institutions” would be the first struck, even before anything else.

The IDF recently published the below map showing that tunnels were created in pairs, to empty out on both sides of nearby communities. The known cost of the infrastructure – each tunnel costs upward of some $1 million – clearly shows that Hamas was planning a coordinated mega-attack. It must be understood that use of even one tunnel would inevitably trigger Israeli retaliation against the entire network.

map of a small portion of the tunnels intended to be used 9 weeks from now.

Revelations regarding the planned tunnel attack magnitude played a decisive role in the Israeli government’s rejection of a ceasefire proposed late Friday by Secretary of State John Kerry.

Unbelievably, Kerry actually proposed in his latest “cease-fire proposal” that Israel refrains from degrading remaining attack tunnels. This mind-boggling concept would necessarily be rejected by any sane government, of any country.

Israeli security sources, citing information acquired in interrogations of captured brigands, described a scenario under which hundreds of heavily armed Hamas fighters would have spilled out into Israel in the dead of night and within 10 minutes been positioned to infiltrate essentially all Israeli communities surrounding the Gaza Strip. Waiting then in hiding until schools and kindergartens were occupied, the terrorists would then attempt to kill the children first, and then kill and kidnap as many Israelis as possible. The plot was set to take place during Jewish New Year, on September 24.

It’s like the Underground, the Metro or the Subway,” Israeli military spokesman Lt. Col. Peter Lerner said. “These tunnels are all connected. I would describe it as Lower Gaza.” Israeli Economy Minister Naftali Bennett said, “A whole city of terror tunnels has been found. Without the ground operation, we would have woken up one day to an Israeli 9/11.” Except, the actual objective was to be five times 9/11.

This picture shows clearly the width of one of the tunnels, sufficient for small vehicles

Israeli military officials reported that the tunnels are stocked with tranquilizers, handcuffs, syringes, ropes and other materials used for subduing abductees, civilians and soldiers. The tunnels also had fantastic quantities of explosives and additional military materiel meant to be used in the up-coming mega attack. Much of these explosives had already been placed underneath Israeli kindergartens. Some of these tunnels were as deep as 30 meters underground.

This picture shows clearly the width of one of the tunnels, sufficient for small vehicles

Israeli military officials reported that the tunnels are stocked with tranquilizers, handcuffs, syringes, ropes and other materials used for subduing abductees, civilians and soldiers. The tunnels also had fantastic quantities of explosives and additional military materiel meant to be used in the up-coming mega attack. Much of these explosives had already been placed underneath Israeli kindergartens. Some of these tunnels were as deep as 30 meters underground.

Senior Hamas operatives arrange for a Marriage taking place in the ‘place of death’.

In order to create this monstrosity, Hamas needed significant professional help; and this help had to have come from a large organization or state entity. This is not just the monetary aid it received from Qatar, America’s ally. This is professional guidance for the performance of such an underground feat. Perhaps Hamas could have used experts from the tunnels dug at Rafah under the Gaza-Egypt border, but those were significantly simpler, and did not demand any extraordinary investment or effort.

Hamas operative climbing upward in a pier of one of the major tunnels.

Who supplied this quantity of material? Who planned what would be needed? How did Hamas acquire thousands of ampoules of tranquilizer, syringes and other, additional drugs to be used? These are far beyond the quantities and variety of what is needed by any civilian medical service.

How was all this brought in to the Gaza Strip? The logistics of this planned attack are the work of a well-organized military, not that of a militia or club. This was no amateur plan.

Observers note that attack scenarios lined up with recently revealed data about the sophistication, scope and nature of the offensive tunnel network. This and know-how is being copied right now by Mexico-based Hezbollah agents along the Southern US border. Tunnels in Southern Lebanon, as in South US, are significantly more difficult to detect than those in the sandy terrain of the Gaza Strip.

“Hamas planned these tunnels for years, and planned to use them to kidnap soldiers,” Israeli military spokesman Brig. Gen. Mordechai Almoz said. “[Now] they see the tunnels collapsing one after the other.” For the last two years, the Israeli army has sought to develop skills and equipment to fight in enemy tunnels and bunkers. Hamas and Islamic Jihad have used tunnels to operate command and control, to infiltrate Israel and abduct soldiers, to fire rockets and to conceal fighters amid invasion of the Gaza Strip.