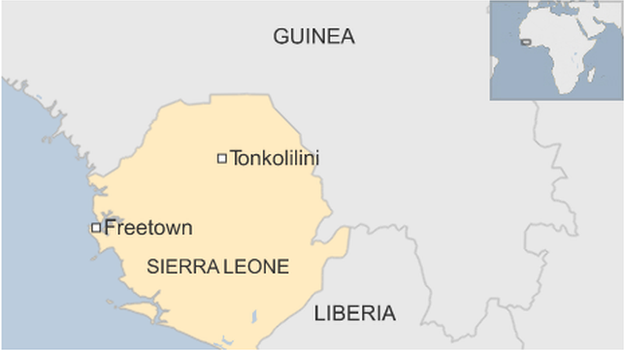 It was just over two years ago the World Health Organization officially declared a deadly outbreak of “Ebola” across Western Africa. This tiny virus, invisible to the naked eye, went on to kill more than 11,300 people across Guinea, Liberia and Sierra Leone in the months that followed.
It is reported that more than 16,000 victims survived the plague, however, one of the biggest mysteries surrounding the Ebola virus is its ability to hide out in survivors’ bodies and evade detection by the immune system. As doctors are poignantly learning, saying a patient is “cured” of the virus doesn’t necessarily mean it is completely eradicated from the body. Ebola survivors are experiencing lingering symptoms such as vision and hearing loss, seizures, insomnia, and body aches that have persisted for months following infection. To that end, scientists launched a five-year study in last June that will follow 1,500 Ebola survivors and 6,000 people they were in close contact with.
BREAKING: This week in Sierra Leone, officials have confirmed a death from Ebola, hours after the WHO declared the latest West Africa outbreak was over. It was also announced that more than 110 people had been quarantined following the new death from the deadly virus.
From Jan 31-Feb 10, FZS will be joining other humanitarian NGO’s already established on the ground in Sierra Leone such as Doctors without Borders and Don Bosco Interim Care Center for Orphans. Our goal is to visit and pray with as many Ebola survivors as possible, bring financial assistance to those with special medical needs, and to arrange logistics for a 40 ft. humanitarian aid container of medicine and medical supplies. We will also be involved in prison visits where children as young as 10 years old are being incarcerated for years without trial.
Our goal is also to help establish a work for assisting the “Orphans of Ebola” Over 12,000 children who lost their primary care-giver and over 3,000 children lost both parents to Ebola in Sierra Leone. Unfortunately, these kids are often vulnerable to exploitation and Human trafficking.

Maxon Kobba (R), a nurse who works at the hospital in Kenema. “As many as 20 patients died in one night”

A ward at the Kenema hospital, Sierra Leone lies empty after patients left and others were scared to be admitted, fearing they would contract the Ebola virus. Hundreds of patients and more than 40 health workers at the facility have died from the virus.

There is no true way of measuring the human suffering around the world. It is all bad, from needless wars, to terrorism, from catastrophic disasters to starvation, and disease. People suffer and die every single day. Still, if you consider just how dark the outlook for humans can be, few places in the world hold the level of hopelessness of an African prison, especially for children who are trapped in the Pademba Road Prison in Sierra Leone’s capital, Freetown.

Our team will be visiting this prison with hopes to expedite some children their freedom while bringing the Good News of true freedom in Christ!

– Please, would you be in prayer for us during this time in Sierra Leone?
– Please pray for the Lord’s anointing to be upon us as we visit hospitals and prisons
– Please Pray for divine appointments and fruitful contacts and for many open doors. Pray also pray for wisdom in sending in a container of medical supplies.
– Please Pray for protection from disease and our personal safety.
Would you also participate with financially to help those who are still suffering from Ebola in Sierra Leone?
Share: