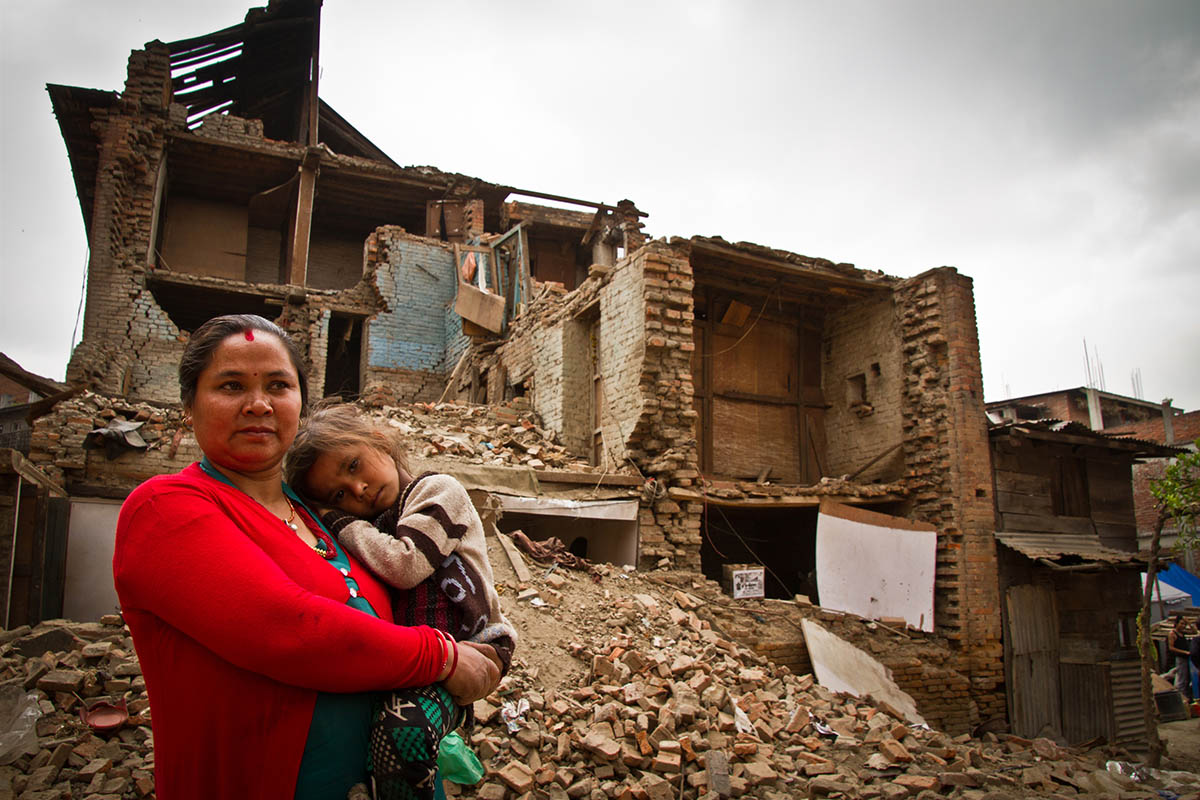 My flight to Nepal on Tuesday was quite unusual, instead of normal passengers, the Turkish Airline flight to Kathmandu via Istanbul was filled with aid workers and search and rescue teams from many different countries including rescue dogs that were permitted on the plane.

There were many conversations on that flight of past rescues and what some thought to expect after arriving in Nepal but for most, it was only scattered bits of information as the situation on the ground was still so fluid after a 7.8 Earthquake killing more than 5000 people and damaging infrastructure beyond estimation. Utter destruction – Once a popular tourist spot for those visiting Kathmandu, Nepal

While landing at Kathmandu airport we could see the devastation from our plane window, what looked to me like something from a computer animated apocalyptic sci-fi movie. The only planes on the tarmac were military cargo planes from Russia, China, France and the USA.

From Russia with Love

After checking into a cheap hotel, cheap because half of it was destroyed in the quake and the water and electricity was sporadic, they gave a 50% discount for anyone who dared to stay… After a short rest, I made my way to the Israeli field hospital that was just being set up the day I arrived.

After showing my Israeli passport to the young Israeli guards, I was permitted on the base. I then witnessed and amazing sight! About 250 Israelis- doctors, nurses, soldiers, and some leftover trekkers that decided to skip the evacuation to and stay behind and help, all working together like bees in order to construct the field hospital and army base that would serve as their home base for several weeks while treating scores of wounded Neapolitan people in the days to follow.

When I explained that I was here to “volunteer” I was introduced to Oleg, a Dr. of Orthopedics from Hadassah Hospital who was in charge of setting up the hospital’s pharmacy. There were literally hundreds of boxes of medicine that needed to be opened, unpacked, separated and prepared for distribution and so this was my job for the first day…

After the day’s work, I thankfully was invited back again tomorrow and I hope to share more from here with you as things unfold. In closing, here are a few photos I took while walking back to my hotel, it was an hour walk so I was able to see a lot of the city and the destruction caused by the quake up-close…

Many floors were sandwiched together Earthquake damage on the streets of Bhaktapur. Located 30km east of Kathmandu

– Please pray the people suffering in the mountain villages who are still completely cut off with no help. There simply are not enough helicopters and many access roads are damaged and blocking rescue efforts.

– 100% of funds given to Nepal will go to Earthquake victims here. Please specify: For Nepal Earthquake Victims in the comment box on our donation page.