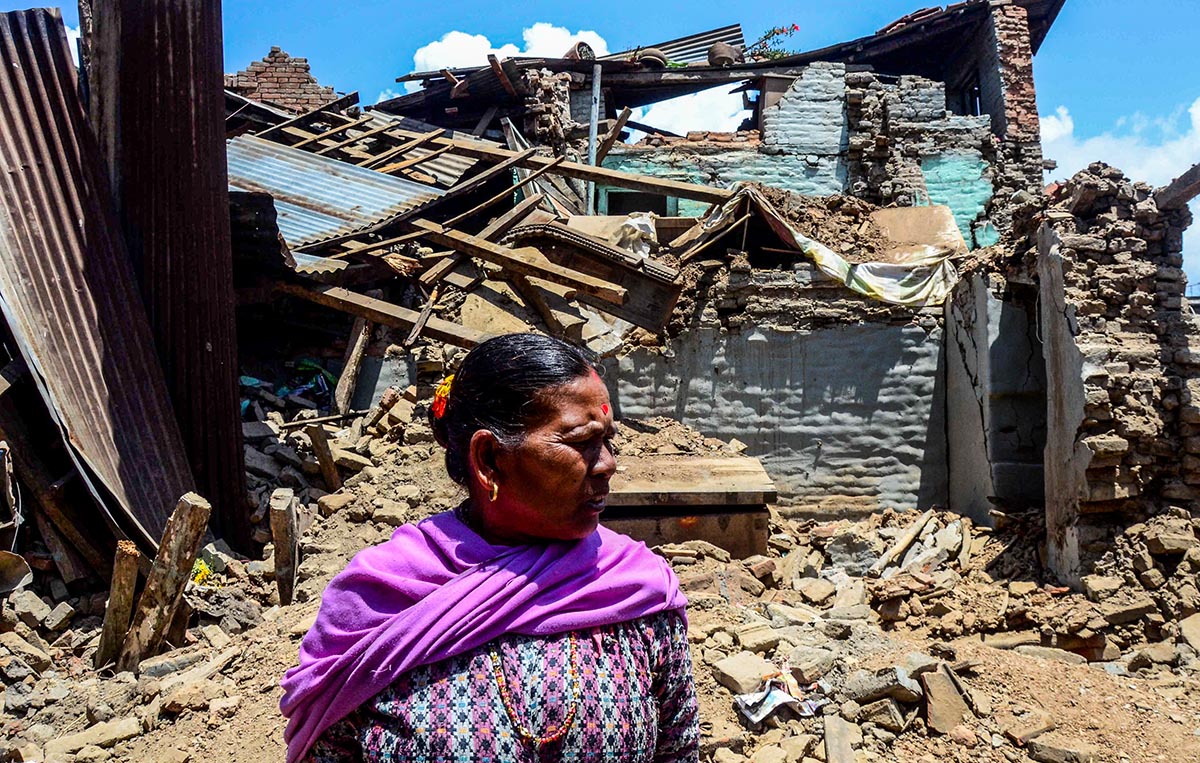 I have just returned home from Kathmandu on Monday morning only to learn that another 7.4 earthquake has struck Nepal once again on Tuesday, leaving scores dead and hundreds wounded. I have already been in contact with friends I met there and they say that people are in shock and disbelief and people are afraid to go indoors. It seemed that the nation was just beginning to return to “normalcy” from the first quake 2 weeks ago even though they were experiencing aftershocks almost daily… and now another huge earthquake! Please continue to pray for the people of this tiny ravaged country who have already suffered so much from the recent earthquakes!

It has been an incredible 2 weeks in Nepal, both volunteering at the IDF Field Hospital and also visits into remote villages with local NGO’s. We were able to help bring truckloads of aid and food supplies to people who are still suffering as a result of the 7.6 earthquake that devastated Nepal almost 2 weeks ago. Scenes of destruction from the Nepal earthquake

500 households of 2700 people reached in the villages of Sind-hupalchowk and Kavre.

Finally, while volunteering and visiting with a special family, the Sharma’s whom I met in Nepal, I was asked by them if FZS would be able to help establish a new children’s home for orphaned children after the Earthquake? In fact, we would be the overseers of the home which would begin with 10 children.

I was also asked to name the orphanage and the name Ima’s Children’s Home came to mind, after Ima Sharma who will be running the home (Ima means mother in Hebrew). In the future,

I hope we can establish an “adopt an orphan” program in which sponsors can be directly involved with a child through monthly support with an online adoption process including contact with photos and letters.

Thank you for your prayers and support!