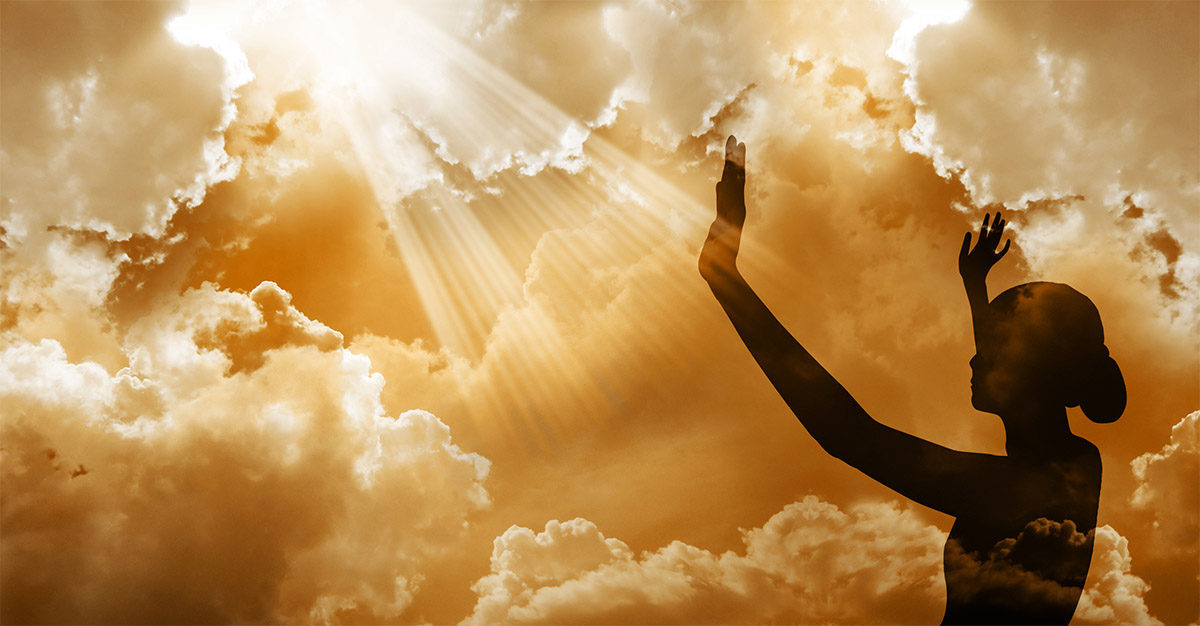 Cut to the Heart

“Therefore let all the house of Israel know assuredly that God has made this Yeshua, whom you crucified, both LORD and Messiah.” Now when they heard this, they were cut to the heart’ (Ac 2:36-37)

On the day of Pentecost (Shavuot) Peter, having just been filled with the Holy Spirit along with the other Jewish believers who were with him in the upper room, wasted no time in responding to those who were not believers and who laughed and mocked at the things they were witnessing, accusing the believers of being drunk.

Immediately, Peter, full of the Holy Spirit and power, taught and preached perhaps the greatest message concerning Yeshua ever spoken to the Jewish nation. Peter’s message was both profound and simple as he quoted David and Joel in order to reinforce the claim that Yeshua is both Lord and Messiah. He also clearly explains the purpose of Yeshua’s life, death and resurrection (i.e. the cross) and the message of repentance.

Dear reader, I want encourage you to re-read Acts 2:14-40 once again and meditate on the amazing account of the first gospel message to be preached publicly. Pay special attention to the fruit that followed. Oh, how we need the Power of the Holy Spirit in our lives and witness today!

In this prayer update, we have a great deal to share concerning how the Lord continually blesses For Zion’s Sake Ministries and our various outreaches in which we labor with the hope of expressing His love through giving. Your contributions, support and prayers fill our hands with material goods and enable FZS to distribute generously to the poor and needy amongst the Lost Sheep of the House of Israel in Yeshua’s name! Thank you!!

Last week, we received another 20-foot container from Sweden filled with new clothing to distribute to the needy in Israel. We were expecting another long battle through customs because of the long delays we experienced with the many other containers we have received in the past. However, to our surprise, this container cleared customs in only two days! If you know anything about Israeli port authorities, you would know this was a miracle! We would like to thank our friends Sergie and Susie and Jo Kaplin from the Joseph Project who assisted in making this blessing possible!

Container being loaded in Sweden

Home Visits are at the heart of our outreach efforts and a very fruitful part of our ministry because they provide opportunities for FZS to make direct contact with many of the new immigrants to Israel.

New immigrants seeking financial and material assistance usually contact FZS within their first few weeks in Israel. We respond by assessing their needs to ensure they meet our requirements for support and then we schedule a visit to their residence where we are able to spend some time with them learning about their struggles and challenges. Each week members of the FZS team have the privilege of visiting several new families. We have found these visits to be wonderful opportunities to share the love of Yeshua with these ones whom the Lord is calling home from the four corners of the earth.

We would like to share some of their stories with you. We hope you will be inspired to pray for these People as they settle in Israel and for us as we continue to minister to them

– Vladimir & Tatania Kostan immigrated to Israel in January from Lvov. Vladimir is sick with lung cancer and with metastasis in his liver. When Ludmila visited them at their home in Jerusalem, she asked them why they did not immigrate to Israel sooner. Tatania said that Vladimir was too weak to think about the big move until they were forced to for health reasons. After he received his first treatment at the Hadassah Hospital in Jerusalem, Vladimir’s health improved considerably. Ironically, the doctors in the Ukraine said he would die within a few months. Since receiving treatment in Israel Vladimir recovered 20% of his liver’s function. Now he dreams to be completely healed and his wish is to learn Hebrew so he can work and integrate completely into Israeli society. He feels a debt to Israel and he is eager to repay: “Israel gave me back life…” Even though Vladimir and Tatania are atheists, they accepted the Bible we offered them and our prayer is that their hearts will open up to God’s grace. They have a son studying in a Jewish school in the Ukraine. This modest, humble couple asked us only for a fan, a blanket and two pillows; nothing more.

– Evgenia & Vitali Taler and their baby David also came to Israel in January but this was the second time the couple made ‘Aliyah.’ Several years ago they came to Israel for a time with a program for young people called “Na’aleh” which means “Let us go Up.” The goal of this program is to encourage young Jewish people to immigrate to Israel. Evgenia and Vitali went back to the Ukraine and then decided to make ‘Aliyah’ again. Unfortunately, when they left Israel after their first immigration they lost all of the benefits offered to new immigrants by the State of Israel. Since their return, Vitali found a night job in a bakery, but the low salary cannot cover their living expenses. Evgenia has to take care of the baby and even if she could find a job, her income would not be enough to pay for kindergarten for little David.

On our home visit, we were amazed to see they had only a small bed for the three of them and absolutely no furniture. Evgenia confessed that their diet consists primarily of pastes and no meat.

We were able to provide them with a bed and a complete set for the child. They were so happy; even David was proud of his new possession. This couple was very shy to share their needs, but we could easily see they are living in a precarious position.

Evgenia wanted to know why Christians help Jews. We explained to her that the Christians who support FZS believe in the Redemption of the Jewish people according to the prophecies in the Bible which clearly state that God is bringing back the children of Israel to their fatherland to prepare for the return of the Messiah. We were pleased to be able to pray with her before we left.

Luda on first visit with Evgenia and David

Little David with mommy on his new bed from FZS

– Marina and Alexander are a brother and sister who immigrated to Israel in 2006. They came with the Jewish Organization ‘Na’aleh’ who bring Jewish children to Israel without parents. Alex eventually returned to the Ukraine to help his mother after his father died but then came back to Israel with Mariana. Four weeks ago, he reapplied for Israeli nationality and in two months he will have to serve in the IDF. Meanwhile they are renting a two-room apartment. They asked us for a bed, an ironing board, a kitchen table and cooking utensils. During our visit, it was obvious that they live in deprivation. Alex came back to Israel with only a small backpack. Since one of his biggest needs is clothing we invited them both to visit the warehouse so they could select some things from our new shipment. We were able to provide the beds and kitchen supplies they had requested. We also purchased a bus pass for Alex. We will stay in regular contact with these young people in the hope that they will soon join us for fellowship.

Brother and sister without parents

– Yulia & Constantine are a young married couple who immigrated to Israel in 2009 originally from Ukraine, they are involved in a program called Massa ( a academic project geared for immigrants with a university education). In September 2009, Yulia gave birth to a baby girl named Margarita. Since our first visit, we have remained in close contact with them. It is a close are a contact since they have no family nor friends in the country. We have been helping them with furniture, clothes and recently with an electric heater because the weather became cold and rainy and it was absolutely necessary for the baby. They are very thankful for all. Yulia called twice just to say how much she appreciate it. Constantine found a job, but the income is not sufficient to cover the needs as Yulia has to stay home to take care of the baby. We have prayed for Yulia’s mother in Ukraine, but she died three weeks ago with cancer before her daughter could see her again. It was impossible to travel with the baby, and anyway she did not have the money to pay the airfare. It is our privilege to bless this young couple in The name of Yeshua!

Delivering a new heater to Constantine

A warm and happy family

The Israeli army on Tuesday officially opened the doors of its field hospital in the devastated northern regions of Japan. The clinic is situated just outside Minamisanriku, a village that was all but destroyed by the tsunami that followed the massive March 11 earthquake off of Japan’s northeastern coast. The facility includes surgical, pediatrics and maternity wards, an intensive care unit, a pharmacy and a laboratory. The buildings for the clinic were built by the Japanese government, and the 58-man IDF Medical Corps and Home Front Command team is being housed at a nearby hotel.

The Israelis brought along their own medical equipment and supplies, as well as their own food and water so as to not further tax the already-limited local resources. Also on hand are several officials from Israel Atomic Energy Commission to make sure radiation levels in the area do not get too high.

On Monday, several of the Israeli officers spoke to Japanese reporters asking them to publicize the opening of the clinic so that victims in the area know where to find assistance and treatment. Israeli Ambassador to Japan Nissim Ben Shitreet thanked the Japanese authorities and volunteers on the ground for not only accepting Israel’s help, but assisting the set-up of the clinic. “The Japanese people in the affected area went above and beyond to help us,” said Sheetrit. “The assistance of the Japanese from the moment the aid delegation landed in Japan has been exemplary.” Japan’s Ambassador to Israel, Haruhisa Takeuchi, in turn delivered a heart-felt thank you to the medical delegation:

“I thank you, the crew of medical personnel, from the bottom of my heart, for volunteering to help in the aftermath of this tragedy and for carrying out this difficult mission.”

The ambassador also thanked the entire nation of Israel for standing so strongly by his nation: “In this difficult hour, we will remember the warm and merciful embrace, the goodwill and the solidarity of the people of Israel. …Your support is a source of hope and encouragement.”

The Israeli flag is raised over the field hospital

A little satire… Taking A Stand?

Thank you very much again for your love, prayers and support for the work of the Lord in Israel through For Zion’s Sake Ministries!