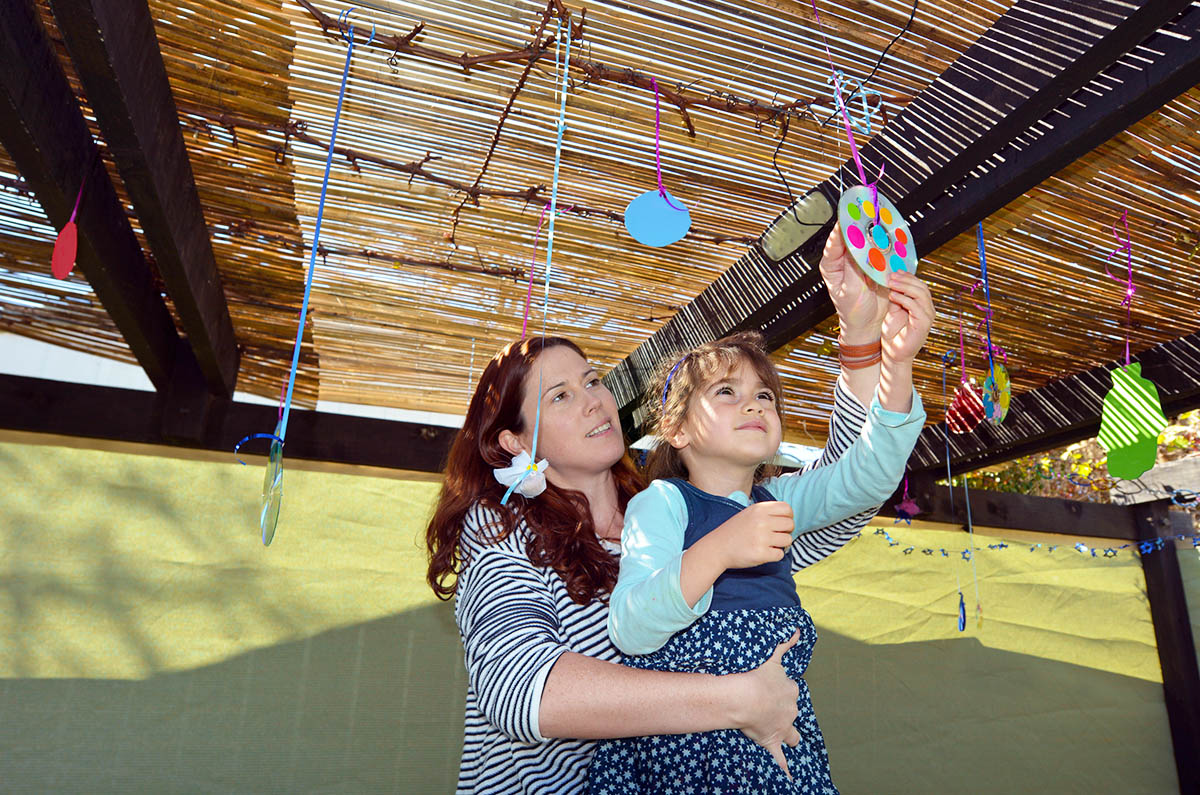 Once again, the Feast of Tabernacles Sukkot is upon us here in Jerusalem beginning tonight, (Wednesday) at sunset and lasting for seven days. Sukkot is a joyous holiday which commemorates the Exodus of the Jewish people from Egypt and God’s complete provision for them in the wilderness. Our fathers wandered in the desert for 40 years before reaching the Promised Land of Israel and during this time they had to live in small booths called Sukkas. The Lord wanted us to remember that like the Sukka, life and our home in our physical body is temporary! The Lord also commanded the children of Israel to fully rejoicing before Him during this time. How wonderful to be commanded by God to rejoice!

Every year at this time year perform an ancient blessing ceremony over the Jewish people during Sukkot. Every Jewish male was required by God to appear before Him in Jerusalem as it is written… 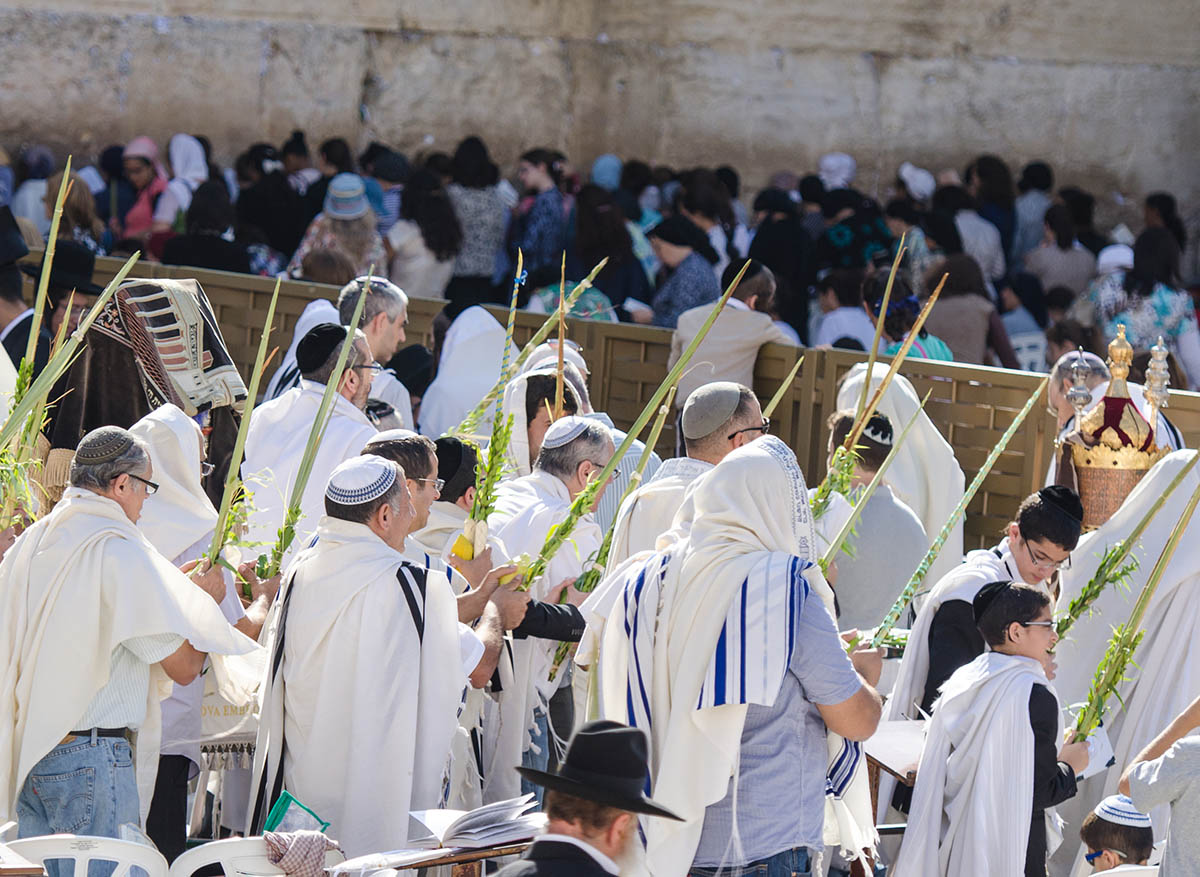 Praying at the Western Wall in Sukkot

Another custom of Sukkot is the Water Libation Ceremony, and a time of prayer for rain in Israel. During the second Temple period a Priest would take a water pitcher down to the pool of Shiloach (today called Siloam in the city of David) and he would bring it back to the Temple. Crowds of people would follow him dancing and singing “The Hellel”, (Psalms 113-118) The highlight of this ceremony was when the High Priest would pour out this water onto the altar of the Temple. It became known as “Simcha Bet-Ha-sho-evah” (The rejoicing of the House of Drawing Water).

Now we can appreciate the Scripture that was recorded on the day Yeshua was teaching in Jerusalem on Sukkot.

“In the last day, that great day of the feast, Yeshua stood and cried, saying, “If any man thirst, let him come unto me, and drink. He that believeth on me, as the scripture hath said, out of his belly shall flow rivers of living water. But this spoke he of the Spirit, which they that believe on him should receive: for the Holy Spirit was not yet given: because Yeshua was not yet glorified.” (John 7:37-39)

“Therefore with joy shall you draw water out of the wells of Salvation” ( Is. 12:3 )

Salvation in Hebrew is Yeshua, the name of the Messiah

And it shall come to pass, [that] every one that is left of all the nations which came against Jerusalem shall even go up from year to year to worship the King, the LORD of hosts, and to keep the feast of tabernacles. (Zech 14:16)

We often have very interesting visits here at FZS during our clothing distribution outreaches and we thought to share with a look into the lives of some of the people we meet….

Rebecca (left) and her friend Yulia

Rebecca and Yulia are friends and they came to us this week for assistance. It was during this time that Rebecca opened her heart and shard her life story as she waited for her appointment with us. Rebecca was born in Latvia and when she was 16 years old the Second World War broke out. Her father had to enlist in the Russian army and was sent to the front lines to fight the Germans. Meanwhile, Rebecca had to flee to Siberia with her mother and two older brothers. During one of his furloughs, Rebecca’s father came back to Latvia to look for his family but was spotted and killed by the Nazi’s because he was Jewish. Life in Siberia was very difficult for Rebecca. She had to work beyond her strength just to receive the daily food that the family ate. Her mother became very ill and Rebecca also had to care for her until she died. Rebecca worked in the local fish market standing in freezing cold water up to her waste for hours on end. One man saw this and pitied her and saved her from this kind of work but she was forced to marry him, he was 20 years older. This was not a happy marriage for Rebecca, rather a nightmare full of tears and suffering. Rebecca wanted to run away but if she was found she would been severely punished. Now, Rebecca lives in Jerusalem at a senior home with other elderly people. She was very happy to come and visit us at For Zion Sake and she was blessed with kindness and some new clothing that she needed. We invited her to fellowship and we hope to see her again soon!

Yaroslav (L) and Nikita are IDF soldiers without parents

Often we receive “lonely soldiers” who serve in the IDF but have no parents here in Israel to comfort them. Yaroslav came from Russia four years ago and is now serving in the Israeli army in a combat unit. He would eventually like to study economics at Hebrew University. His parents are still in Russia and are both atheists so Yaroslav also didn’t make up his mind or his heart yet about believing in God. After his visit with us, Yaroslav now knows that the God of Israel is waiting for him with open arms and in any time he can run to Him to be saved.

Nikita is already two years in Israel after immigrating from Siberia with his younger brother. His parents also still live in Russia. After army he wants to study business administration and become a Hotel’s manager. The next time he visits us at For Zion Sake he said he will tell us more about himself…

NEXT AID CONTAINER IS ON THE WAY…

In faith, we have gone ahead with requesting the next container to be sent to us from Sweden, even though we still do not have all the expenses needed to cover the shipping costs. As we have mentioned in previous newsletters, the quality of clothing is top notch, unlike anything we have ever received before. It is a true blessing to be able to give such good quality clothing away to the needy, in Yeshua’s name!

Hopefully our container will not end up like this…

Would you please help us to cover the remaining cost of this next shipment of new clothing that will bless many needy ones in Israel? The remaining amount needed is approx. $4000.