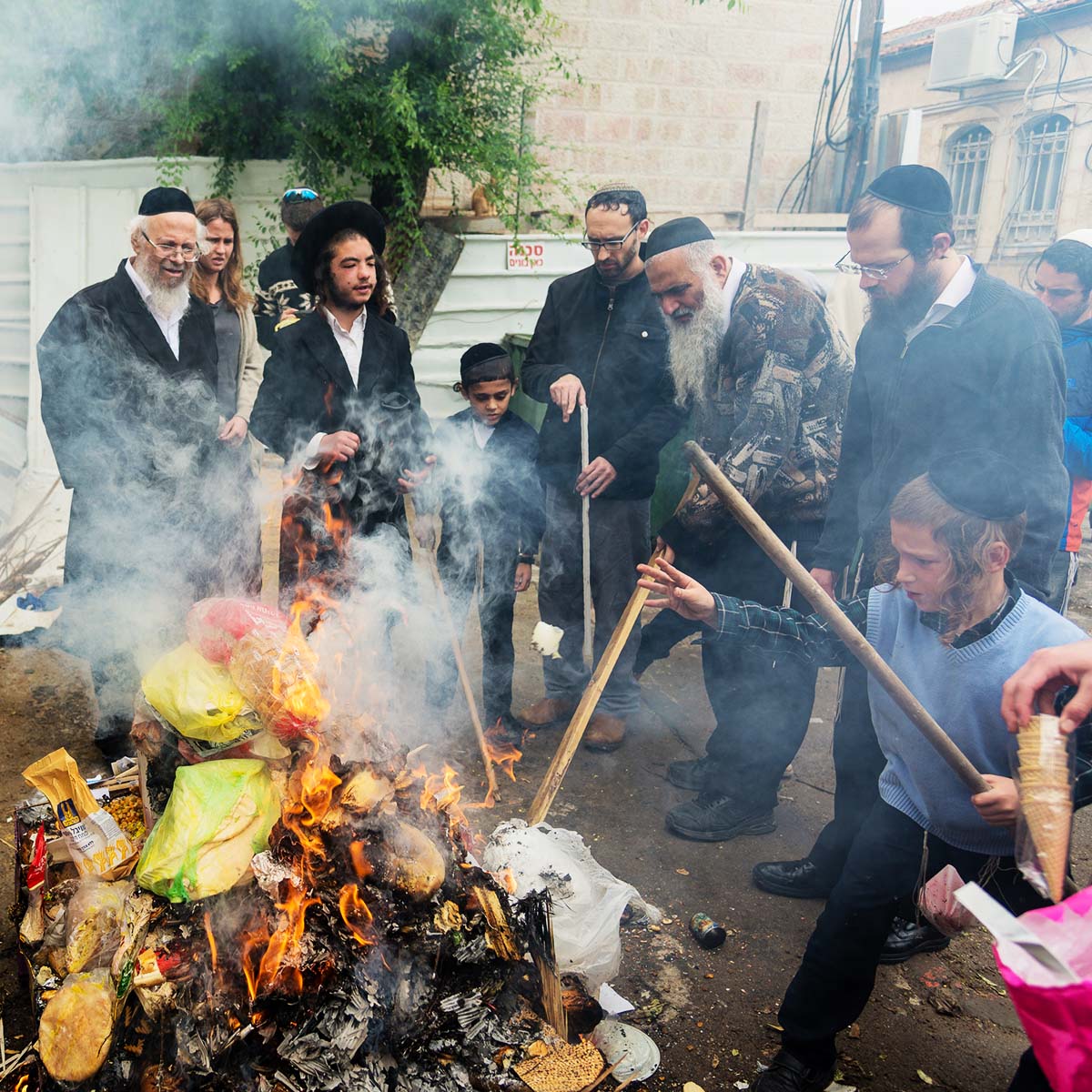 Purge out the old leven…

Therefore purge out the old leaven, that you may be a new lump, since you truly are unleavened. For indeed Christ, our Passover, was sacrificed for us. Therefore let us keep the feast, not with old leaven, nor with the leaven of malice and wickedness, but with the unleavened bread of sincerity and truth. (1 Cor. 5:7-8)

Here is wishing you a very Blessed and Happy Passover from Jerusalem!

Passover begins tonight at sunset and surely it is a time to remember Israel’s deliverance from slavery in Egypt and their redemption by the blood of a lamb’s sacrifice which was applied on doorposts of their homes. Likewise for us as believers in Yeshua, we also remember that our very souls were redeemed by the precious blood of God’s own Lamb, Yeshua. For it was during a Passover Seder over 2000 years ago in Jerusalem that Yeshua declared, as he lifted up the Cup of Redemption to bless it, He said, “this cup is the cup of the New Covenant made in my blood so your sins may be forgiven…” Afterwards, He took the Matza (unleavened bread) and he also lifted it up to heaven and blessed it as He said, “this is my body which is broken for you eat this in remembrance of me…“

Are we truly FREE from sin?

Perhaps the meaning of Passover for the believer is summed up in John the Baptist’s revelation when he saw Yeshua for the first time: “Behold! The lamb of God, who comes to take AWAY the sins of the world!” (Jn 1:29) This is the gospel in its purest form. He did not come to save us IN our sins, but He came, to save us FROM our sins. There is a difference. Jesus, after being baptized and overcoming the temptations and trials in the wilderness, proclaimed, “The Spirit of the Lord is upon Me, because He anointed Me to preach the gospel to the poor, He sent Me to proclaim release to the captives, and recovery of sight to the blind, to set free those who are downtrodden, to proclaim the favorable year of the Lord.”(Lk 4:18)

He came to set the captives free, Hallelujah! Where the Spirit of the Lord is there is freedom. (2Co3:13) The world promises a deceitful freedom TO SIN, a freedom to do whatever we want in order to fulfill the desire of our flesh which eventually leads to death. The true Freedom in Christ is a freedom FROM SIN in which He has set us free from the power of sin and death!

“Those who belong to Christ Jesus have crucified ( Passover Sacrificed) the flesh with its passions and desires.” (Gal 5:24)

True freedom is the choice and the ability to do whatever pleases the one who proved His love to us by dying in our place. He is the Redeemer of our souls and He alone is worthy to be worshiped. Not my will, but Yours be done. It is a true freedom from sin, from this destructive, corruptible flesh (sin nature). It is the freedom from self; self-worship, selfish ambition, selfish motives, self-love and self-exaltation. Yeshua is to be Lord of all. He must have pre-eminence (first place) in our lives because He will not and cannot dwell with our SIN! And that is why he has made us free from sin, so He might live in us!

I have been crucified ( Passover Sacrificed ) with Christ; it is no longer I who live, but Christ lives in me; and the life which I now live in the flesh I live by faith in the Son of God, who loved me and gave Himself for me. (Gal 2:20)

Our condition, in Israel , has never been better than it is now! Only The television and the media make people think that the end of the World is near.. Only 65 years ago, Jews were brought to death like Sheep to slaughter. NO country, NO army. Only 60 years ago, Seven Arab countries declared war on little Israel , the Jewish State, Just a few hours after it was established. We were 650,000 Jews against the rest of the Arab world. No IDF (Israeli Defense Forces) or Air Force. We were only a Small group of stubborn people with nowhere to go. Remember: Lebanon , Syria , Iraq , Jordan , Egypt , Libya , and Saudi Arabia , they all attacked at once. The state that the United Nations “gave” us was 65% desert. We started it from Zero.

Only 41 years ago, we fought three of the strongest countries In the Middle East, and we crushed them in the Six Day War.

Over the years we fought different coalitions of 20 Arab countries with modern armies and with huge amounts of Russian-Soviet Ammunition, and we still won.

Today we have a beautiful country, a powerful Army, a strong Air Force, an adequate Navy and a thriving high tech industry. Intel, Microsoft, and IBM have all developed their businesses here.

Our doctors have won important prizes in the medical Development field.

We turned the desert into a prosperous land. We sell oranges, flowers, and vegetables around the world.

Israel today is among the few powerful countries that have Nuclear technology & capabilities. (We will never admit it, but everyone knows.)

To think that only 65 years ago we were disgraced and Hopeless.

We crawled out from the burning crematoriums of Europe .We won in all our wars. With a little bit of nothing we built an empire. Who are Khaled Mashal (leader of Hamas) or Hassan Asralla (leader of Hezbollah) trying to frighten us? They are amusing us.

Never mind where you look in human history. Think about it, the Jewish nation, our condition has never been better than now. So let’s lift our heads up and remember:

Never mind which country or culture tries to harm us or erase us From the world. We will still exist and persevere. Egypt ? Anyone Know where the Egyptian empire disappeared to? The Greeks? Alexander Macedon? The Romans? Is anyone speaking Latin Today? The Third Reich? Did anyone hear news from them lately?

And look at us, the Bible nation – from slavery in Egypt , we are Still here, still speaking the same language. Exactly here, exactly now.

Maybe The Arabs don’t know it yet, but we are an eternal nation. All the time that we will keep our identity, we will stay eternal.

So, sorry that we are not worrying, complaining, crying, or fearing…

Business here is beseder (fine). It can definitely be much better, But it is still fine. Don’t pay attention to the nonsense in the media, They will not tell you about our festivals here in Israel or about the People that continue living, going out, meeting friends.

Yes, sometimes morale is down, so what? This is only because we are mourning the dead while they are celebrating spilled blood. And this is the reason we will win after all.