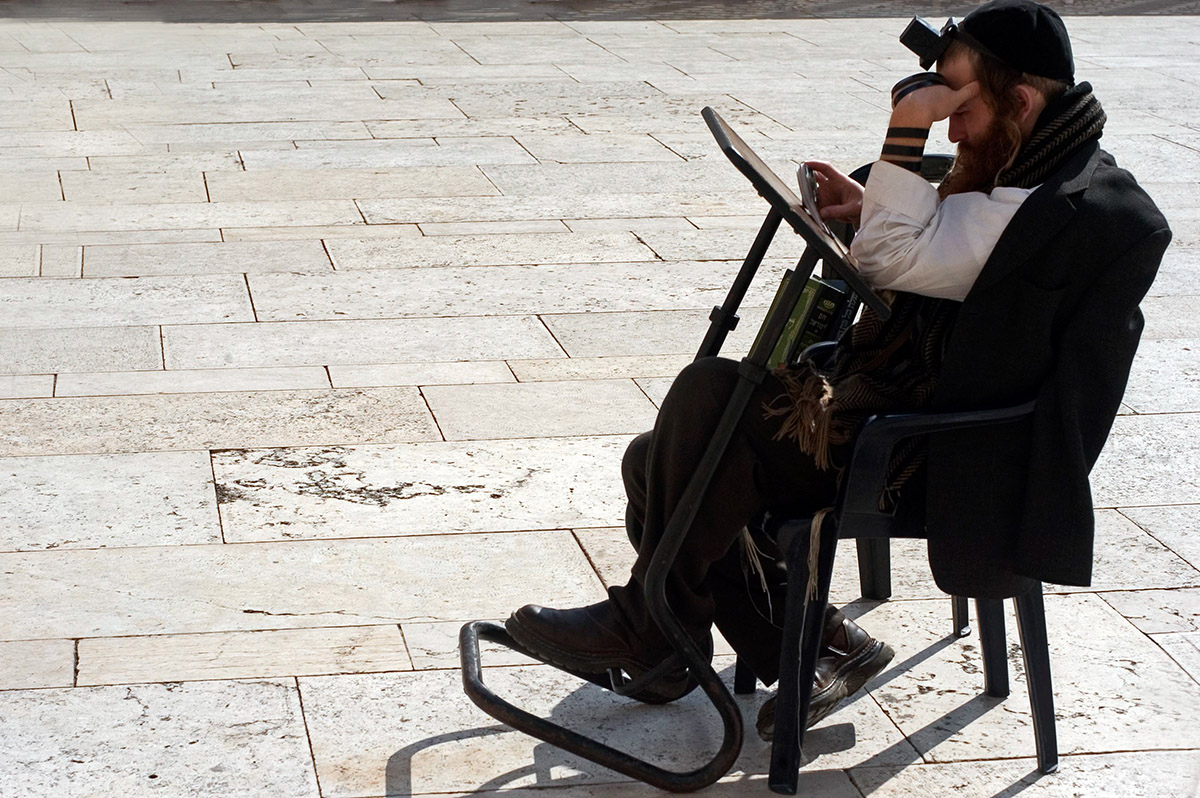 The Days of Awe…

“Repent, and turn from all your transgressions, so that sin will not be your ruin. Cast away from you all the transgressions which you have committed, and get yourselves a new heart and a new spirit. For why should you die, O house of Israel? For I have no pleasure in the death of one who dies,” says the Lord God. “Therefore turn and live!” (Ezekiel 18:30-32)

The ancient Fall biblical feast times are upon us beginning with the Feast of Trumpet (Day of blowing-Yom T’ruah). In more modern times the feast has also been recognized as Rosh Hashanna, the Jewish new year. This year, the Feast begins on Wednesday evening at sunset in Jerusalem and marks the seventh month of the Hebrew calendar as the Holy month of Tishri. The significance of the Shofar blowing is seen as a sacred preparatory calling of the souls of believing Israel to wake up and prepare for their pilgrim journey up to Jerusalem in order to appear before the Lord. Furthermore, the blowing the Shofar, begins a ten day period known as “Days of Awe” lasting until Yom Kippur-The Day of Atonement when God’s people weep and fast in repentance for 24 hours. 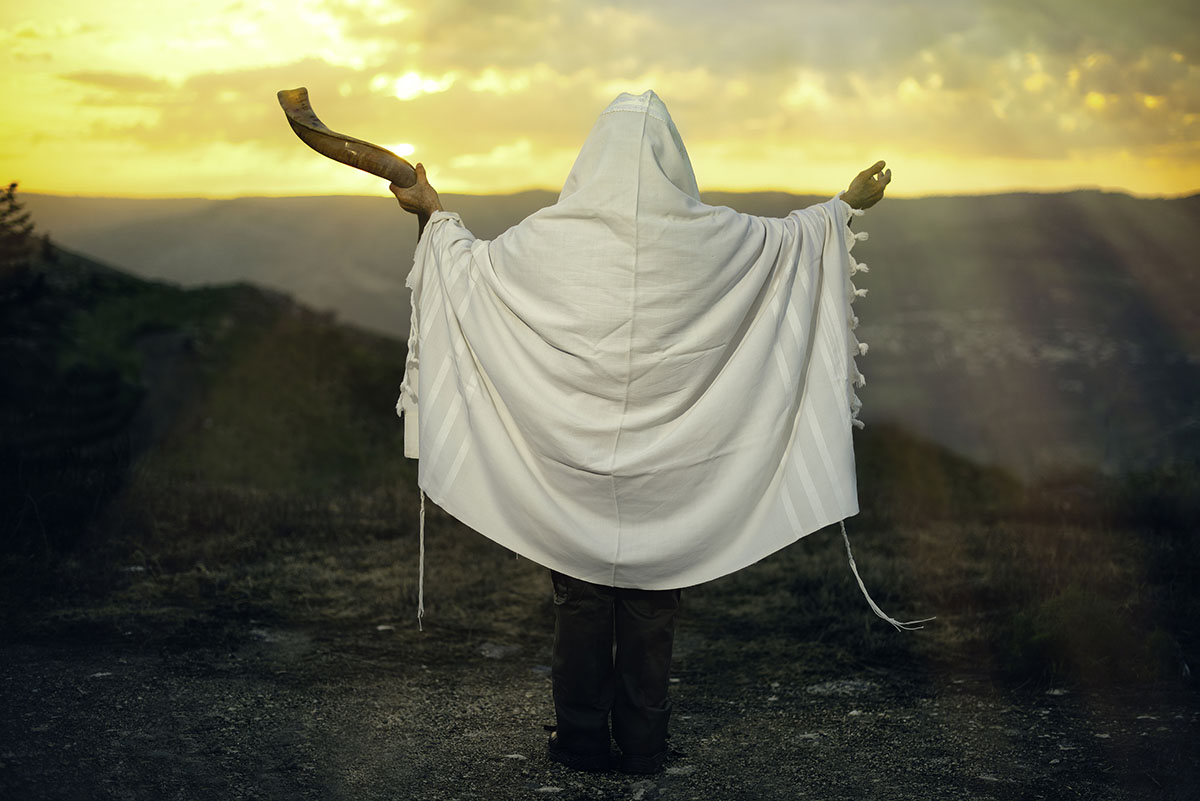 The Feast Of Trumpets/Rosh Hashanah is also viewed as a day of judgment — where God’s people examine their lives for sin, and then have the following ten days to make peace with those whom they have hurt, or broken promises to, especially with God. It is the time to cast away sin, as symbolized by the traditional act of Tashlich (‘to cast’) where people visit a body of moving water and cast bread crumbs into the water -this symbolically “casts away” our sin into the river. This tradition originates from the words of Micah 7:19,

The Feast Of Trumpets/Rosh Hashanah has also traditionally been linked to the resurrection of the dead. Perhaps Yeshua had the Feast of Trumpets in mind when he spoke of Israel’s gathering unto Himself “And he shall send his angels with a great sound of a trumpet, and they shall gather together his elect from the four winds, from one end of heaven to the other.” (Mat 24:31)

God Himself gives instruction to blow the Shofar and offer sacrifice…

And in the seventh month, on the first day of the month, ye shall have an holy convocation; ye shall do no servile work: it is a day of blowing the trumpets unto you. (Nu 29:1)

3. The third, is a list for those whose case was to be decided on the Day of Atonement (10 after The Feast Of Trumpets/RoshHashana on Yom Kippur), the delay being granted for repentance, or otherwise, after which their names would be finally entered, either in the book of life, or in that of death.

The following is one of the prayers in the liturgy from the Sidur on The Feast of Trumpets:

We will celebrate the solemn holiness of this day, how awesome and fearsome it is. On this day your rulership is lifted up, your throne is established in mercy, and you sit upon it in truth. Truly you alone are judge, one who has power to decide, discerner, witness, record, seal, inscribe and settle all matters; and you remember all forgotten deeds. You open the book of records and it reads itself, and everyone’s signature is there.

Repent, and turn from all your transgressions

“The great Shofar is sounded, the still small voice is heard, and the angels tremble with fear as they proclaim: ‘Behold! The Day of Judgment!’ Even the armies of heaven are to be brought to judgment, for in your sight even they are not innocent. You cause all who come into the world to pass before you like a flock of sheep. Like a shepherd seeking out his flock and causing them to pass under his staff, you cause every living soul to pass before you; you count, reckon and review every creature, determining its lifetime and inscribing its destiny.

One of the blessings during the High Holy Days is: “May we and all your people, the house of Israel, be remembered and inscribed in the book of life

Ø The day of creation

Ø One year later on this day Isaac was born

2. Israel conquered the battle of Jericho with the sound of the Shofar.

3. Israel was warned that the Messiah would come at the sound of the Shofar For the Lord himself shall descend from heaven with a shout, with the voice of the archangel, and with the trump of God: and the dead in Christ shall rise first: (1 Thess 4:16)

4. Israel’s promised redemption and ingathering would occur at the sounding of the Shofar And it shall come to pass in that day, that the great trumpet shall be blown, and they shall come which were ready to perish in the land of Assyria, and the outcasts in the land of Egypt, and shall worship the LORD in the holy mount at Jerusalem. (Isaiah 27:13)

The Shofar was also blown to signal the assembly of the Israelites to prepare for war And it came to pass, when he was come, that he blew a trumpet in the mountain of Ephraim, and the children of Israel went down with him from the mount, and he before them. And he said unto them, Follow after me: for the LORD hath delivered your enemies. (Judges 3:27)

– The sound would grab the hearts of women and children with fear, as their men were called away to battle…

The watchmen that stood upon the walls of Jerusalem blew the Shofar to warn the people of approaching danger. Shall a trumpet be blown in the city, and the people not be afraid? (Amos 3:6;)

However the Shofar did not always represent a fearful sound as the Shofar was also blown at the start of the Jubilee year (Leviticus 25:29) The great sabbatical release provided by God. Eagerly the slaves and those who were hopelessly indebted to poverty listened for the joyful sound that signaled their FREEDOM!

Also, the accession of a new King to the Throne was announced by the Shofar’s voice (1Kings 34:39) This was quite a time of feasting and celebration for Israel!

The Shofar called Israel to attention, to fear and trembling, to preparation and to rejoicing; BUT at the Feast of trumpets the sound of the Shofar called the people with a message unlike any other… It was now time to stand before God in a HOLY convocation. A special meeting with God with REPENTANCE and humility!

In response, God reminded His people of His faithfulness and called them back to himself IN REPENTANCE! Cry aloud, spare not, lift up thy voice like a trumpet, and shew my people their transgression, and the house of Jacob their sins. (Isaiah 58:1) AS WE PREPARE OURSELVES for this Feast of Trumpets and the 10 DAYS OF AWE leading to Yom Kippur, we as believers have assurance with perfect faith, in the finished work that Yeshua accomplished for us at the cross through His shed blood. He is the Lamb of God that take away our sins and redeems or souls forever… Hallelujah!

But, I still need to repent if I have sinned… and the truth is, I have and I do!

And do this, knowing the time, that now it is high time to awake out of sleep; for now our salvation is nearer than when we first believed. The night is far spent, the day is at hand. Therefore let us cast off the works of darkness, and let us put on the armor of light. Let us walk properly, as in the day, not in revelry and drunkenness, not in lewdness and lust, not in strife and envy. But put on the Lord Jesus Christ, and make no provision for the flesh, to fulfill its lusts. (Ro 13:11-14)

We can then look forward that to the next Feast just five days after Yom Kippur called, Succoth or the Feast of Booths…

Here in Jerusalem, it is customary to bless one another with the words, “May you be inscribed and sealed for a good year.” It is another tradition that we all eat slices of apple dipped in honey in anticipation of a sweet new year.

All of us here at For Zion’s Sake would like to wish you all a Happy New Year and “May your name be inscribed in the Book of Life, In Yeshua’s name!”