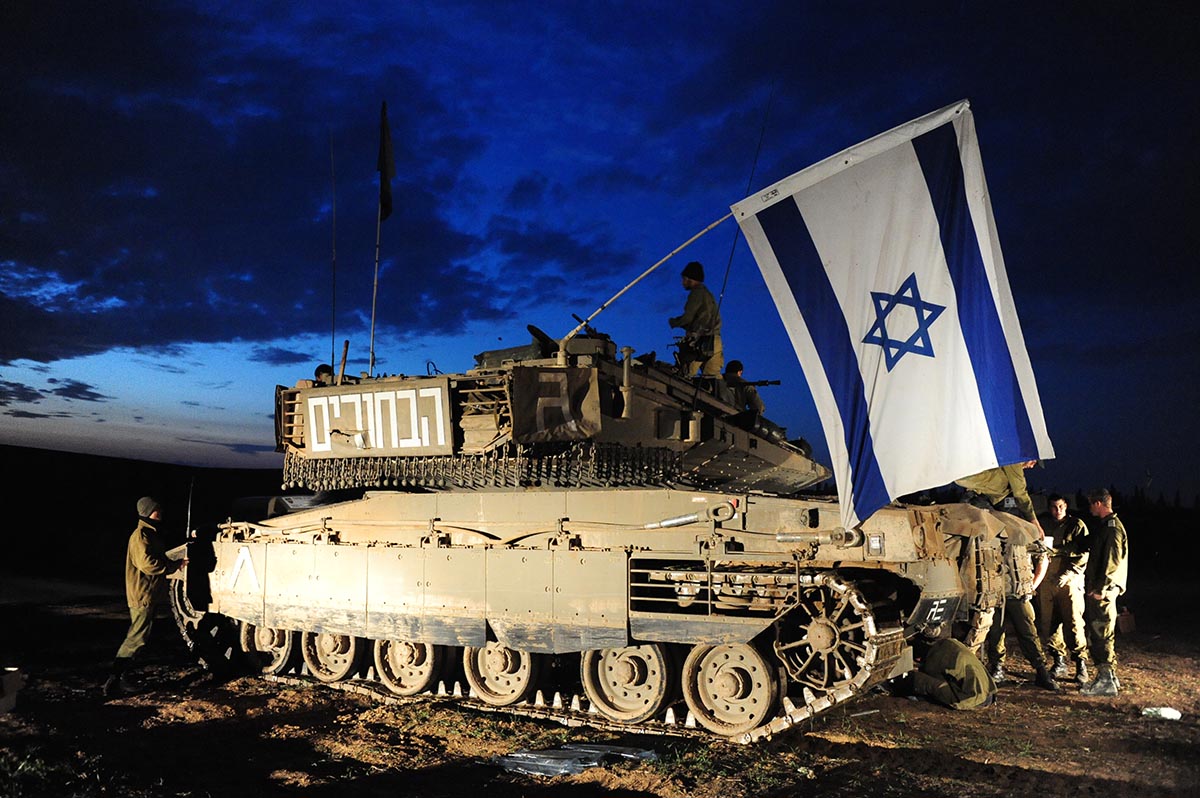 WARS AND RUMORS OF WARS

“But when you hear of wars and rumors of wars, do not be troubled; for such things must happen, but the end is not yet. For nation will rise against nation, and kingdom against kingdom. And there will be earthquakes in various places, and there will be famines and troubles. These are the beginnings of sorrows.” Yeshua, ( Mark 13:7-8 )

“Set up the standard toward Zion. Take refuge! Do not delay! For I will bring disaster from the north, And great destruction…” God, ( Jeremiah 4:6 )

Wars and Rumors of Wars

Coming once again in the middle East. Many Israeli politicians and IDF top brass are presenting their doomsday scenarios while Israelis instinctively sense that this is the lead-up to another imminent and bloody conflict with Hezbollah, Syria, and Iran. Lines are forming in cities for new Israeli gas masks. Many are finding that there are not enough for everyone in the country. 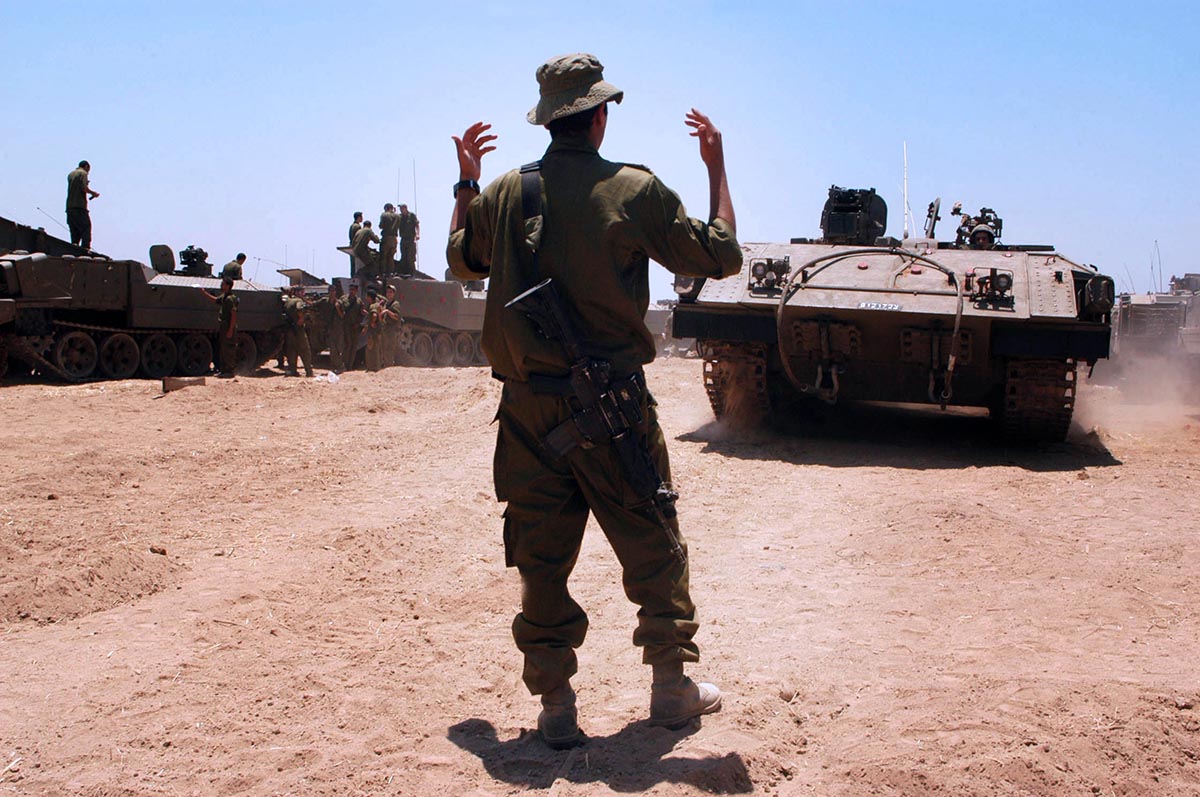 Makeshift bomb shelters are being hastily built throughout Israel, including underground parking lots. There simply are not enough shelters for every citizen. Unfortunately, many of the shelters that that do exist are neglected and undersupplied.

Read these recent headlines for yourself…

(Reuters) – The Syrian government is still in full control of its chemical weapons stockpiles, Israeli defense officials said on Tuesday, in an apparent bid to calm fears that a non-conventional war could be looming.

Syria’s 16-month-old conflict has spread concern that the chemical arsenal, acknowledged by Damascus for the first time on Monday, could fall into the hands of Hezbollah, the Lebanese Islamist group allied to Iran and Syrian President Bashar al-Assad, or that Assad could use then in a desperate last stand.

(Bloomberg News) Israelis crowded in front of a storefront at a Jerusalem shopping mall this week to pick up new gas masks, part of civil defense preparations in case the military strikes Iran and the Islamic Republic or its allies retaliate.

“Our leaders seem to have gotten very hawkish in their speeches, and this time it seems they mean what they say,” said Yoram Lands, 68, a professor of business administration, who was picking up new masks for himself and his wife at a distribution center in the mall.

50 or so parking lots will serve as a solution for those who don’t have a bomb shelters.

(Jerusalem Post) In the coming weeks, the Tel Aviv Municipality will release a list of dozens of underground parking lots that can be used by the public in the case of a missile attack on the Israeli home front, the municipality said on Tuesday. According to the city, the estimated 50 or so parking lots represent around 800,000 square meters of space and will serve as a solution for those residents who don’t have a bomb shelter in their house or nearby.

(Jerusalem Post) Israel may need to destroy parts of Lebanon and Gaza if Hezbollah and Hamas rain missiles upon the country in response to an Israeli attack on Iran, former Mossad head Danny Yatom said Monday. Those rockets, he said, can “cover all of Israel, and that is the main problem.”

Yatom said that the lesson Israel learned from the 2006 Second Lebanon War, when Hezbollah fired hundreds of rockets on the north, was that “we will have to stop the firing of missiles, both from the north and the south, as quickly as possible.” To do this, he said, Israel would have to “act with great force against infrastructure in Lebanon and Gaza, and it is possible that the price that Lebanon and Gaza will pay will be horrible. We are liable to destroy, or likely to destroy, parts of Lebanon, and parts of Gaza, so that our citizens will not suffer and be killed.”

✡ Iran can build a Nuclear bomb by October 1

DEBKAfile At its present rate of enrichment, Iran will have 250 kilograms of 20-percent grade uranium, exactly enough to build its first nuclear bomb, in roughly six weeks, and two-to-four bombs by early 2013, military and intelligence sources report. Hence the leak by an unnamed Israeli security source Sunday, Aug. 12, disclosing Iran’s progress in developing the detonator and fuses for a nuclear warhead which can be fitted onto Shehab-3 ballistic missiles capable of reaching Israel.

Since 20 percent refined uranium is a short jump to weapons grade fuel, Iran will have the capability and materials for building an operational nuclear bomb by approximately October 1.

A call to prayer and intercession

Now is the time to pray and intercede for the nation of Israel! We know that the weapons of our warfare are not carnal but spiritual! We must believe that our prayers (weapons of warfare) will truly assist Israel during the looming threat of war in the weeks ahead…

“For the weapons of our warfare are not carnal but mighty in God for pulling down strongholds…” 2 Corinthians 10:4

As the birth pangs of this age increase in speed and intensity, we know we are getting closer to the end and the new beginning of Messiah’s Kingdom that will be established in Jerusalem. Like our title verse says in Mark 13:8 ‘these are the beginnings of birth pains…”

More than ever, today is the day, now is the time to rise up from our sleep, cast off the works of darkness and begin to intercede with fervent prayer as His Word teaches us to watch and pray!

You too can be a (IDF) prayer warrior, guarding the borders of Israel with blankets of prayer day and night; as it is written:

Behold, he that keepeth Israel shall neither slumber nor sleep Psalm 121:4

PRAY THE WORD OF GOD…

[Elisha] answered, “Do not fear, for those who are with us are more than those who are with them…” And behold, the mountain was full of horses and chariots of fire all around Elisha. So when the Syrians came down to him, Elisha prayed to the Lord, and said, “Strike this people, I pray, with blindness.’ And He struck them with blindness according to the word of Elisha.” 2 Kings 6:16-18

You shall not be afraid of the terror by night, Nor of the arrow that flies by day, Nor of the pestilence that walks in darkness, Nor of the destruction that lays waste at noonday. Psalm 91:5-6

No weapon formed against you shall prosper, And every tongue which rises against you in judgment You shall condemn. This is the heritage of the servants of the Lord, And their righteousness is from Me,” says the Lord. Isaiah 54:17

“Father, In Yeshua’s name, do not allow the enemies of your people accomplish their plans of destruction. May Your will, and Your will alone be done in both Israel and the nations surrounding her…” AMEN!

I know these are financially trying times but would you please consider giving an extra donation to FZS ministries as we make practical preparations by stocking up on necessities such as dried food, extra medicine, bottled water and other disaster relief rations.

We want to be ready and available to use our warehouse as a disaster relief center and our van as an ambulance if the need arises; especially for the poor and needy who are not able to fend for themselves.

✡ With love and blessings from For Zion’s Sake ✡