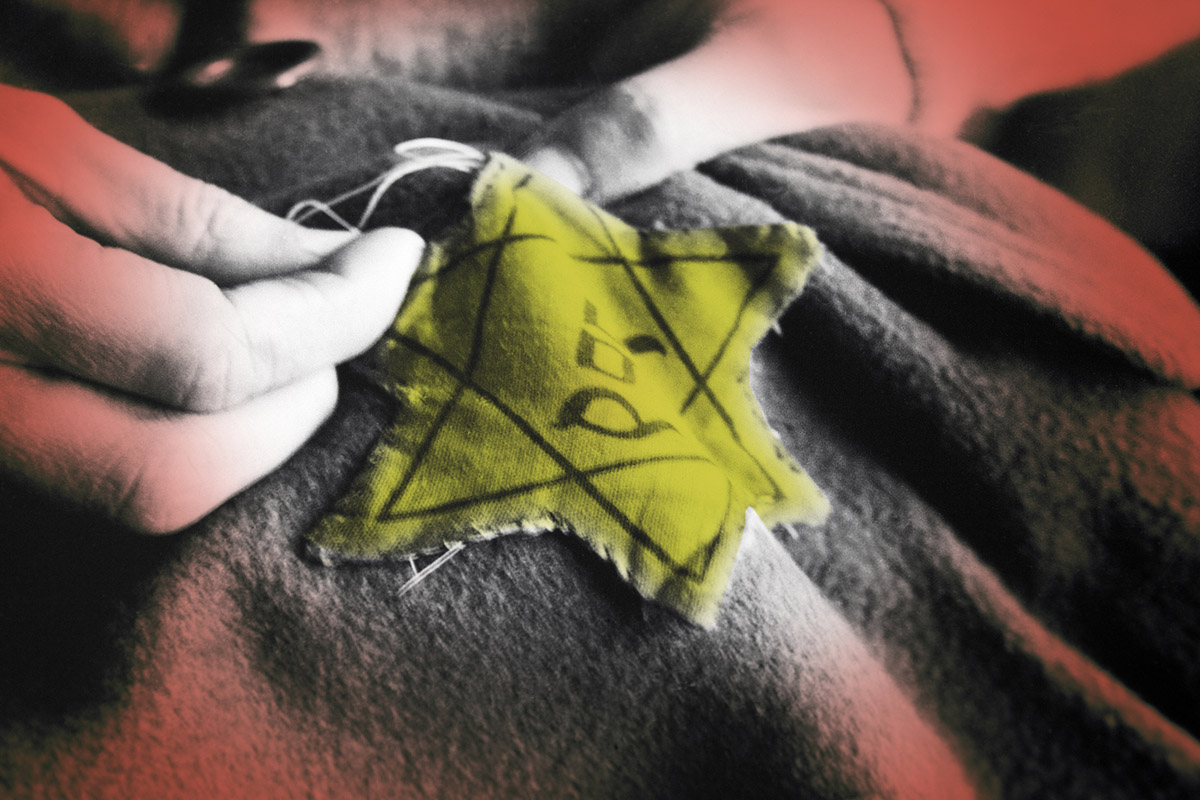 We would like to bring you the story of Dr. Alexi Heistver and his wife Valentina who were recent visitors for a week at Schonegg House. We experienced an incredible time of fellowship with this couple, who were immediately open to share with our family their hearts and love as if we were their own family. Alexi was also invited to share at Lirit’s school as they were studding the history of WWII. For the kids, the stories they heard of Alexi’s suffering and the miracles of his survival, I believe will leave a strong impression upon their own lives for many years to come.

Alexi was born in Kaunas Ghetto in Lithuania. He never knew his father or mother or even the day of his birth. Alexi is one of 120 children who survived the Ghetto which held 40,000 people, most of whom were either sent to concentration and extermination camps, or were shot. 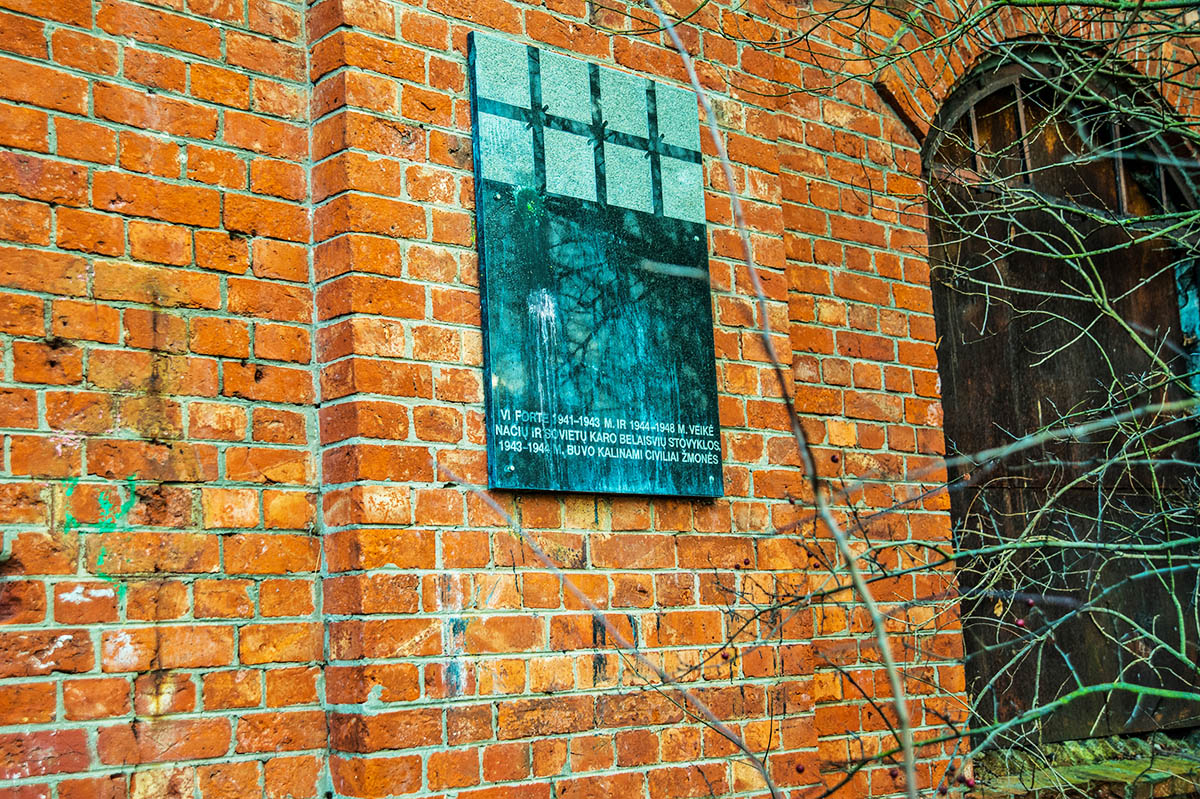 Alexi Heistver a child prisoner in 1942

Alexi told us that, “For more than fifty years, my parents were unknown to me. Where and how my mother and father were killed, I only heard about it when I myself was a grandfather already.”

Shortly after the German attack on the Soviet Union and their capture of the Lithuanian city of Kaunas in the summer of 1941, the Jewish population of the city (around 40,000) were forced into a ghetto. Almost simultaneously, the mass exterminations began. In the month of June to early August 1941, 10,000 Jews were killed including Alexi’s parents.

Fifty years later, in the fall of 1991 a gray-haired woman contacted Alexei and said that he, as well as herself (as a 9-year-old girl) was with his mother the day they were separated. A German SS officer had ordered the ghetto guards to bringing him four small children of the condemned Jews in order to bring them to another concentration camp for experiments. The girl took little Alexei from the arms of his mother, as they were both chosen of the four children who would be transferred. She went on tell Alexi that after that, both of their mothers were shot together along with many others that day.

In the concentration camp where he was transferred to while still nursing, Alexei came to the “orphan block, where an SS doctor performed medical experiments out against the children. Alexei always stressed as he shared his testimony with us, that because of his young age, he could not remember many of the details as other older survivors.

Alex went on to share about the SS doctor and the dreaded leather case with the medical instruments… he recalls,

“He came to us and he always opened his bag and showed me what was in it. It was sadistic action, one can say that because the children began to cry for him and it was perhaps a matter of his satisfaction.”

Many experimental operations were performed on little Alexei including the removal of his uvula (the voice box). As a result, he could not speak for many years. Alexei by God’s grace would be smuggled out of the camp in a laundry bag by Russian laborers. After liberation, Alexei was adopted by a Jewish soldier of the Red Army, who helped Alexei to learn to speak and after almost three years he could finally talk.

Alexi with his adopted father, Pavel

Only after the collapse of the Soviet Union in 1986 it was possible for him to investigate his background. From discovered documents he found out the name of his biological father: Chaim Alexandrovich. In 1994, he learned at Yad Vashem, the SS deported his father in mid-July 1944 from Kaunas to Dachau, where he had murdered. Dr. Alexei Heistver is a historian and also the president of the Federal Association “‘Phoenix from the Ashes” – The survivors of the hell of the Holocaust”, which deals with German Holocaust victims from the former Soviet Union.

It was clear after our visit that Alexi still suffers mental anxiety from many of the horrors he endured as a child. Alexi is not angry with God neither does he blame Him for what happened. However it is hard for him to accept that God truly love him after having experienced so much pain in life. Please pray that Alexi’s heart would soften and open to the Love of Yeshua! We look forward to our next visit with Alexi and Valintina this summer!

Prior to the Nazis coming to power, engineer Karl Plagge had joined the National Socialist Part because, as he said, he believed in Hitler’s social promises and economic prosperity.

Born on July 10, 1897, in Darmstadt, Germany Plagge graduated from the Technical University of Darmstadt in 1924 with a degree in engineering. Upon being drafted into the Wehrmacht at the beginning of World War II, he was put in command of an engineering unit, HKP562, whose duties involved repairing military vehicles damaged on the eastern front.

Plagge and his unit arrived in Vilnius (Vilna) in July 1941 and soon witnessed the genocide being carried out against the Jews of the area.

Plagge, as a German, felt responsible for some of the horrors he witnessed and felt compelled to work against the genocidal machine. He decided to do what he could to help some of Vilnius’s beleaguered Jews.

No one will ever know exactly how many Jewish lives Plagge saved or how many (indirectly) he was able to protect, probably several hundred. Over the years he took as many prisoners as he could to work for him. Witnesses attest that he freed many prisoners from the SS this way.

Plagge’s efforts are remembered by survivors testimony, historical documents found in Germany and Plagge’s own testimony found in a letter he wrote in 1957, a year before his death. In this letter he compares himself to the character of Dr. Rieux in Camus’s story of the Plague and describes his hopeless struggle against a Plague of death that slowly envelops the inhabitants of his city.

In September 1943 it became apparent to Plagge that the Vilna Ghetto was soon to be liquidated: all the remaining Jews in the ghetto were to be taken by the SS, regardless of any working papers they had. During this crucial period Plagge made extraordinary bureaucratic efforts to form a free standing HKP 562 Slave Labor Camp on Subocz Street on the outskirts of Vilnius.

Alfred Stumpff, First Lieutenant under Plagge in the HKP said: “Mr. Plagge had taken a large number of Jews for jobs that were neither useful nor necessary.

There were, for example, Jews as hairdressers, shoemaker, tailor, kitchen personnel, Jewish women and girls to work in the garden, even a Jewish doctor to oversee the health condition of civilian workers From the outside looking in these skilled workers were able to be camouflaged as motor-vehicle workers.

He did this by giving work certificates to Jewish men, certifying them as essential and skilled workers regardless of their actual backgrounds. This kind of work permit protected the worker, his wife and two of his children from the SS sweeps carried out in the Vilna Ghetto in which Jews without work papers were captured and killed at Ponary.”

The severe conditions in HKP camp were relatively benign, compared to appalling conditions in the Ghetto, with tolerable work conditions, and food at sustenance levels. Plagge ordered respectful treatment of the slave laborers, which resulted in reduced abuse by the men of his unit and the Lithuanian police who guarded the camp. In spite of the general benevolence of Plagge and some of his men, the SS controlled the ultimate fate of the HKP laborers.

The SS entered the camp on two occasions to commit atrocities, before finally liquidating most of the Jewish laborers in July 1944, shortly before the German retreat out of Vilnius. In November 1943, a Jewish prisoner named David Zalkind, his wife, and child attempted to escape from the camp and were captured by the Gestapo. They were publicly executed in the camp courtyard in front of the other prisoners.

The tragic story of the Holocaust in Vilna still touches us today. Out of 100,000 Jews living in and around Vilna Poland in June 1941 when the Nazis occupied their city, only 2000 would survive the slaughter of the ensuing three years of genocide. The largest group of survivors of the Holocaust in Vilna was found at the HKP labor camp on Subocz run by Karl Plagge and his HKP 562 unit. Even with the help of Plagge and some of his men, only 250 out of the original 1250 camp prisoners survived until liberation.

Almost 90% of the camps 250 children were taken and killed by the SS during the infamous “Kinder Aktion” of March 27, 1944 and 750 of the remaining 1000 camp residents were killed by the SS during the final liquidation of the camp after the German retreat began on July 3, 1944. Nonetheless, due to Karl Plagge’s protection from 1941- 1944, his granting of life saving work permits, his supply of extra food, his formation of the Subocz street camp just before the liquidation of the Vilna ghetto, and his warning on July 1, 1944 that the SS execution squads were coming to the camp, 250 Jews from the camp ultimately survived the war. They represent the single largest group of Jewish survivors from the Holocaust in Vilna.

We also wanted to share an amazing report of Sir Nicholas Winton on the BBC Programe, “That’s Life” aired in 1988. This may be one of the most touching videos you will ever see! Sir Nicholas Winton who organized the rescue and passage to Britain of about 669 mostly Jewish Czechoslovakian children destined for the Nazi death camps before World War II in an operation known as the Czech Kindertransport.

We also had an interesting home visit this week with Maria and Alexander Ginsburg and family. The couple arrived in Israel in June of 2010 with their two children, Dasha- 10 years old and and Grisha- 2 years old. Unfortunately, little Grisha has Hemophilia which is a recessive genetic disease not allowing the blood to clot properly and as a result, the smallest scratch could become fatal for the little boy. It is also necessary for Maria to constantly monitor him in case of any accidental wound so she is with him 24 hours a day. Meanwhile her husband Alexander is also unemployed. After meeting this family personally and assessing their needs, we have decided to assist them with food coupons for six months. Would you please pray for the Ginsburg family? Pray for the healing of little Grisha. Please also pray for Alexander to find employment and finally, please pray that the Lord would reveal Himself as their Healer and Provider.

Thank you for your faithful prayers and support,